Four years ago, this island arose out of almost nothing: a sprawling formation of jutting rock popping up in the South Pacific, where once there were only waves.

This unbelievable place – emerging in between two existing islands of the Kingdom of Tonga – has no official name, but the locals call it Hunga Tonga-Hunga Ha’apai (Hunga Tonga), after its neighbours and the hidden underwater volcano that spawned it.

Scientists have been studying Hunga Tonga for years, to learn more about how exceedingly rare volcanic islands like this take shape.

Incredibly, Hunga Tonga is only the third known volcanic pop-up like this to have arisen in the last 150 years, so it’s an incredible scientific opportunity to investigate its esoteric environment – and especially to see how that landscape might resemble other strange and rocky terrain (including, hypothetically, that of Mars). 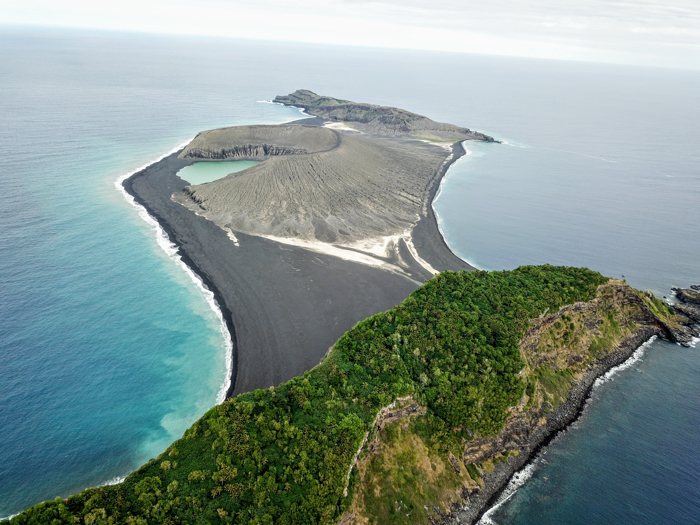 Most of the time, though, these sorts of scientific explorations of Hunga Tonga are conducted remotely, using aerial or satellite surveys.

But a recent expedition to the island by boat gave scientists a rare chance to see the young upstart with their own eyes and explore its rocky slopes on foot.

“Most of it is this black gravel, I won’t call it sand – pea sized gravel – and we’re mostly wearing sandals so it’s pretty painful because it gets under your foot.”

Slayback, who is something of an expert on the instant island, voyaged to Hunga Tonga with a group of scientists and students on a research expedition organised by the Woods Hole Oceanographic Institution’s Sea Education Association in October last year.

On the island, the researchers conducted GPS measurements and aerial drone surveying, recording data on the elevation of boulders and various erosional features, obtaining some revealing new perspectives on the Hunga Tonga landscape. 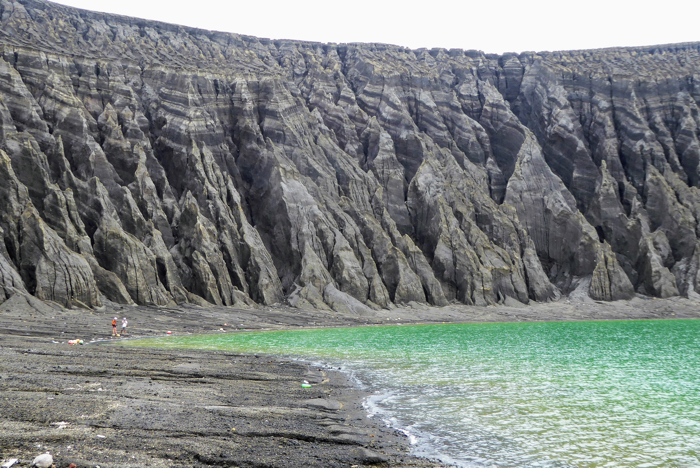 “Immediately I kind of noticed it wasn’t quite as flat as it seems from satellite,” Slayback says.

“It’s pretty flat, but there’s still some gradients and the gravels have formed some cool patterns from the wave action.”

“And then there’s clay washing out of the cone,” he adds. “It’s mud, this light-coloured clay mud. It’s very sticky. So even though we’d seen it we didn’t really know what it was, and I’m still a little baffled of where it’s coming from. Because it’s not ash.”

But perhaps the most remarkable thing about this young island is how quickly life seems to have embraced it. 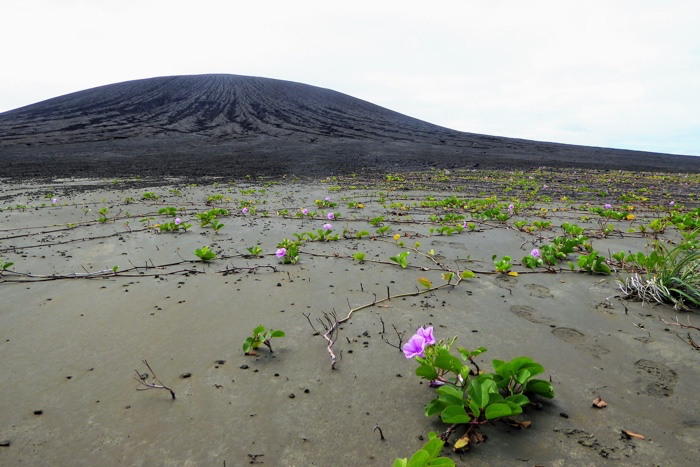 In addition to patches of vegetation growing on the land mass (suspected to have been seeded by bird droppings), the team also spied hundreds of seabirds called sooty terns (Onychoprion fuscatus) nesting in Hunga Tonga’s cliff gullies, along with a solitary barn owl passing overhead.

“It really surprised me how valuable it was to be there in person for some of this,” Slayback says.

“It just really makes it obvious to you what is going on with the landscape.”

But already that landscape is under threat. Volcanic islands like this sometimes only last for months before erosion washes them back into nothingness, and nobody knows for sure how long Hunga Tonga will keep its head above water.

So far, the prognosis is grim.

“The island is eroding by rainfall much more quickly than I’d imagined,” Slayback says.

“We were focussed on the erosion on the south coast where the waves are crashing down, which is going on. It’s just that the whole island is going down, too.”

In the meantime, scientists are learning everything they can about this fleeting haven, and for the students on the research voyage, the experience makes for some unforgettable, unique memories.

“I climbed down into the small boat along with a few others, ready to make the short voyage to the island that is best described as a landmass similar to Mars,” one of the students, Mariah Reinke, noted in a blog entry.

“As I jumped out onto the pebble-like black sand beach, I questioned how I would later describe this to others.”