Death Valley, the hottest and driest place in North America, isn’t exactly known for record rainfall or pop-up lakes stretching as far as the eye can see.

But after a massive storm lashed the desert with rain and brought chilly temperatures through Southern California, that’s exactly what happened, according to photographer Elliott McGucken.

He was trying to get to Badwater Basin, where he thought there could be flooding, when he saw the giant lake.

“It’s a surreal feeling seeing so much water in the world’s driest place,” McGucken told SF Gate. “There’s an irony even though I couldn’t get down to Badwater Basin. Overall, I think these shots are probably more unique.”

He posted photos of the 16-kilometre-long (10-mile-long) temporary lake, with the Panamint Range in the background, on Instagram. 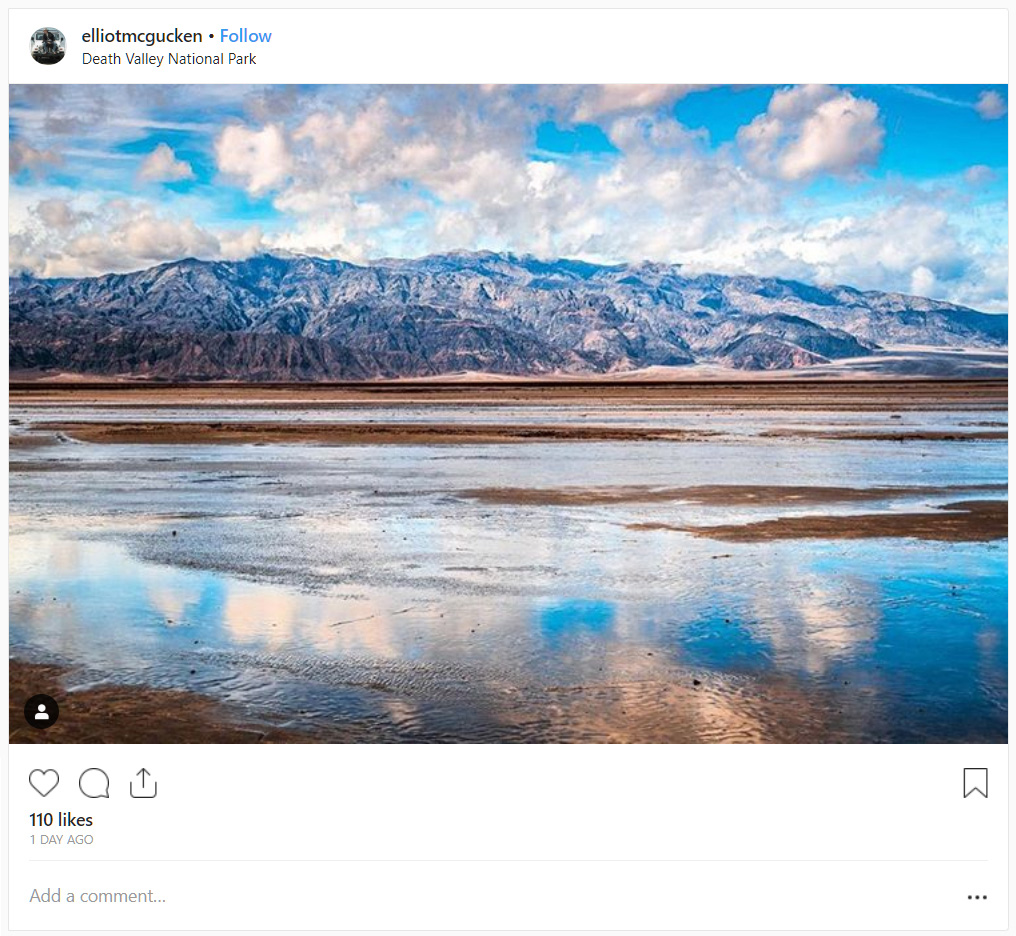 You don’t actually need that much water for a lake to emerge in this incredibly arid place.

“Because water is not readily absorbed in the desert environment, even moderate rainfall can cause flooding in Death Valley,” weather.com meteorologist Chris Dolce explained. “Flash flooding can happen even where it is not raining. Normally dry creeks or arroyos can become flooded due to rainfall upstream.”

Death Valley is located in Eastern California; during summertime, it can be one of the hottest places in the whole world.

Back in 1972, it clocked the highest natural ground surface temperature on Earth, with a blistering 93.9 degrees Celsius (201 degrees Fahrenheit). And for the last two years, it’s the place where we’ve marked the hottest month ever measured on the planet.

It is also the driest place in all of North America. On a regular year, Death Valley will only receive about two inches (60 mm) of rain.

But there are some pretty amazing sights to be enjoyed when the rains do show up. 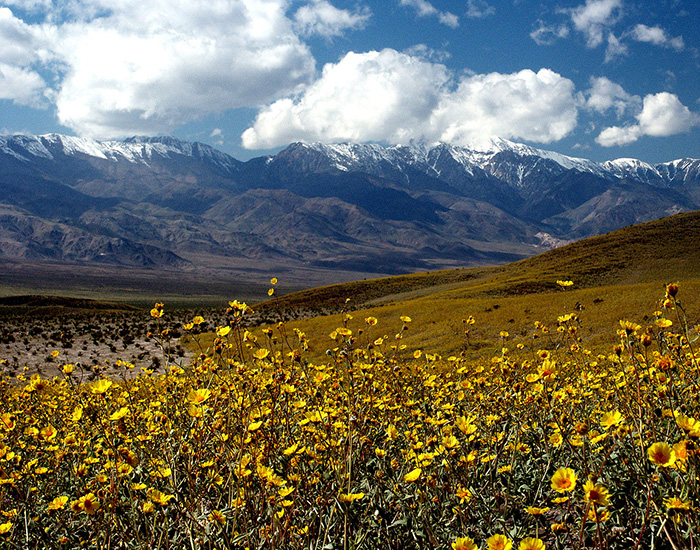 Wildflowers blossoming in Death Valley in 2005. (Chuck Abbe/Wikimedia Commons/CC BY 2.0)

According to weather.com, Death Valley’s rainfall on March 5th and 6th was 0.87 inches – nearly triple its whole March rainfall average.

“Despite its morbid name, a great diversity of life survives in Death Valley.”

A Billion-Dollar Biotech Company Plans to Bring The Dodo Back to Life
It’s Possible Neanderthals Evolved So They Wouldn’t Smell Their Own Stink, Study Finds
Astronomers Find What May Be a Habitable World 31 Light-Years Away
Ancient Jurassic Predator Emerged From Ghost Ancestor, Scientists Say
A Seismologist Explains The Science of The Devastating Türkiye-Syria Earthquake