Extreme weather is striking all over the world, illustrating how vulnerable swathes of humanity are to natural disasters.

Some events – like wildfires sweeping the western US – are seasonal, while others came as a total surprise.

China and Western Europe were both hit by devastating floods in the past week, with a death toll beyond 100. In wooded areas of Canada, the US, and Russia, vast swathes of land are ablaze. At least 16 people were dead in extreme flooding in the city of Zhengzhou, Reuters reported Wednesday.

At the same time, Germany, Belgium, and Austria were dealing with the aftermath of devastating flooding that collapsed houses and turned roads into rivers.

The death toll as of Wednesday was more than 200 following flooding more severe than any to hit for decades.

The UK and Ireland are also experiencing heatwaves. In the UK, the weather office issued its first-ever extreme heat warning. 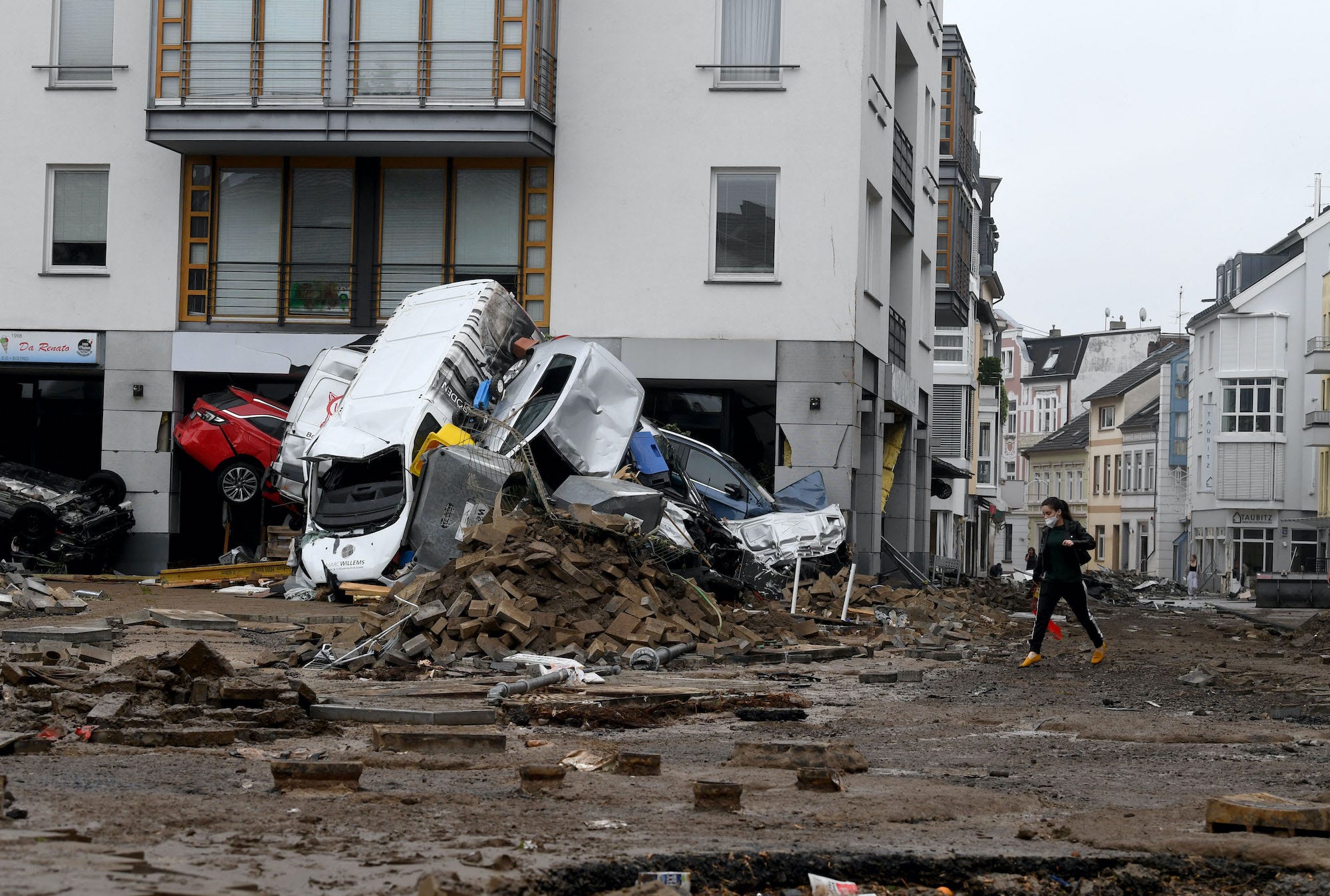 Oregon is battling a huge fire

Oregon is battling a fire so big that it can be seen from space and is creating its own weather.

The Bootleg Fire in the south of the state is the US’s biggest wildfire so far this year, and has burned more than 340,000 acres, The New York Times reported.

VIDEO: More than 2,100 US firefighters in southern Oregon continue to fight the massive Bootleg Fire pic.twitter.com/9av5xlyal0

Nearly 300 fires were burning across the province of British Columbia on Tuesday, and evacuation orders affected around 5,700 people, CBC reported.

There were also fires in Manitoba, Saskatchewan and Ontario, according to Global News. Canada recently had its hottest-ever day, in a heatwave so severe it caused hundreds of deaths and boiled shellfish in their shells.

Forest fires have burned through 3.7 million acres of land in the north-east of Siberia, Russia, The Guardian reported.

Smoke has covered cities and towns, and forced the airport to close.

One person living in an affected village told The Guardian: “Emergency workers have come and villagers are also fighting the fires but they can’t put them out, they can’t stop them. Everything is on fire.”

It is difficult to directly attribute individual weather events to the climate crisis. But experts are clear that longterm shifts in climate, caused by human activity, are making such events more frequent and severe .

Narwhals Are So Weird, Scientists Used Chaos Theory to Explain Their Behavior
Go Give Your Dog a Pat – It’ll Have a Delightful Effect on Your Frontal Lobe
It Turns Out There Is Such a Thing as Good Gossip, According to New Research
We Just Got Our Closest View of Europa in 20 Years, And We Can’t Stop Staring
Every Life Form on Earth Uses The Same Chemical For Energy. This Could Explain Why.