A freak hailstorm blanketed large parts of Guadalajara on Sunday, coating the southwestern Mexican city’s roads with up to 5 feet (1.5 metres) of ice.

The city had been experiencing temperatures of about 31 degrees Celsius (88 degrees Fahrenheit) in the days before the unexpected storm.

Dozens of vehicles were swept away, and cars and trucks were submerged. There were also reports of damage to homes and businesses.

There have been no reports of injuries or deaths, though there were two reports of people showing signs of hypothermia, according to Agence France-Presse. Scroll down to learn more about the freak weather event through photos.

Guadalajara experienced an unexpected, heavy hailstorm early Sunday, coating highways and streets with up to 5 feet of ice in at least six neighbourhoods.

The hail mainly hit Rancho Blanco and the industrial zone, toward the southeastern parts of the city, said Enrique Alfaro Ramirez, the governor of Jalisco.

The city had been experiencing hot weather, with temperatures of about 31 Celsius (88 Fahrenheit), in the past few days.

Cars that had been on the streets were half-submerged in ice after the hailstorm. At least 50 cars were swept away by the ice in hilly areas, Agence France-Presse reported. 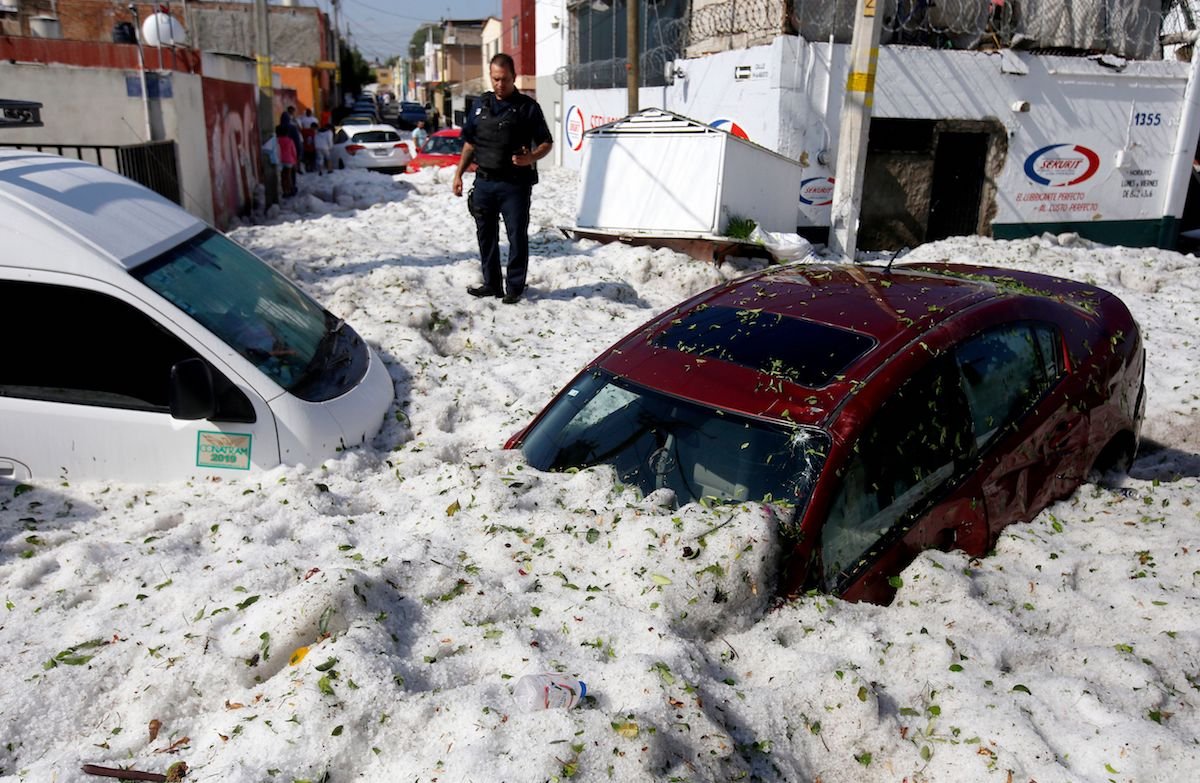 A police officer next to submerged vehicles. (Ulises Ruiz/AFP/Getty)

Even large trucks were submerged. This photo shows how high the ice was in eastern Guadalajara: 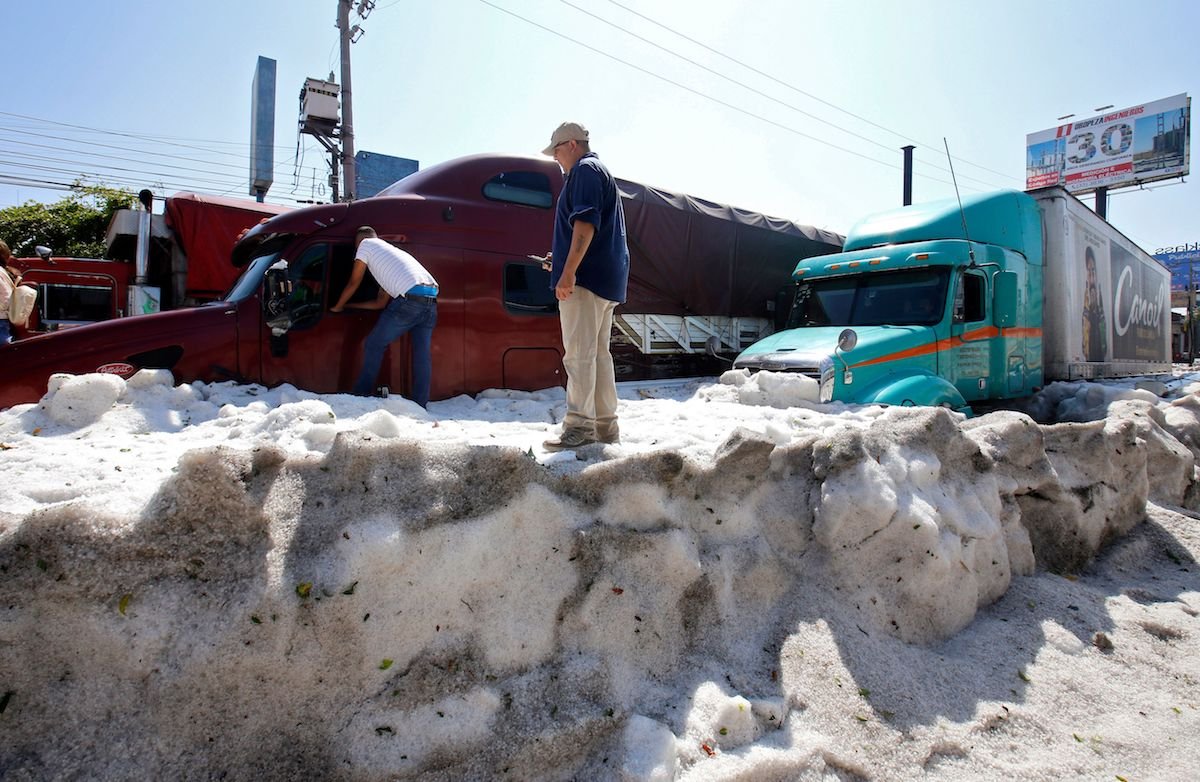 Some people were forced to use a ladder to access cars from above.

Mexican service members and Civil Protection personnel were dispatched from dawn to clear away the ice, Alfaro tweeted. 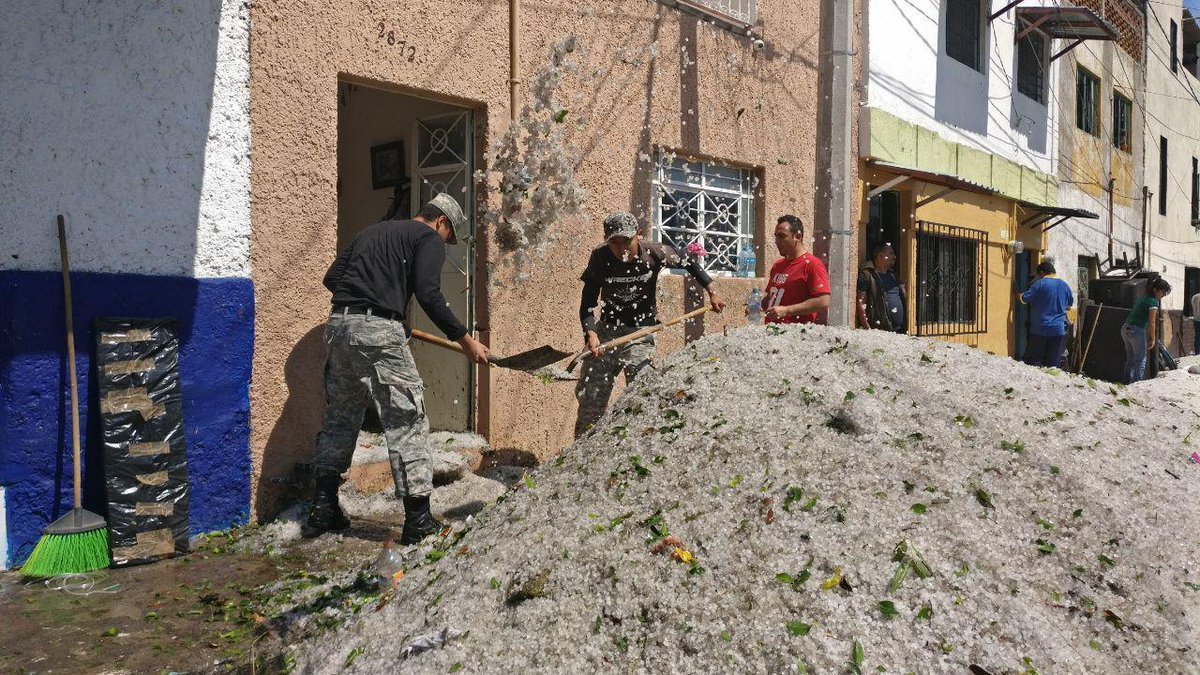 There were reports of flooding in the streets as the ice melted. 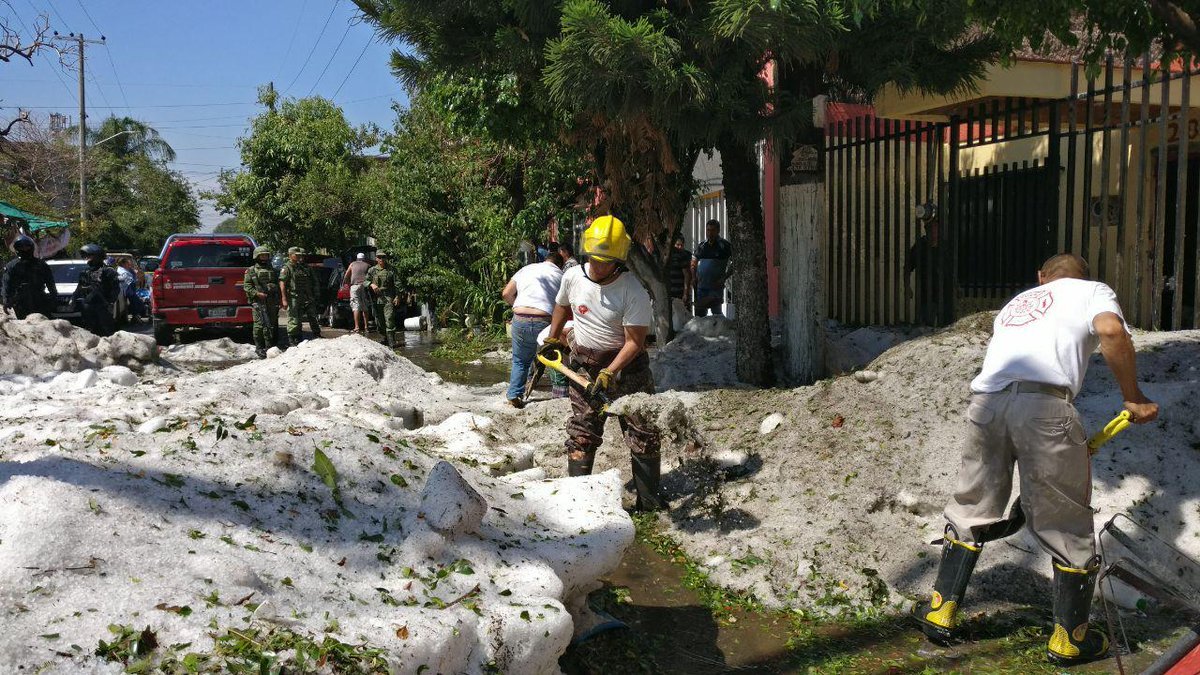 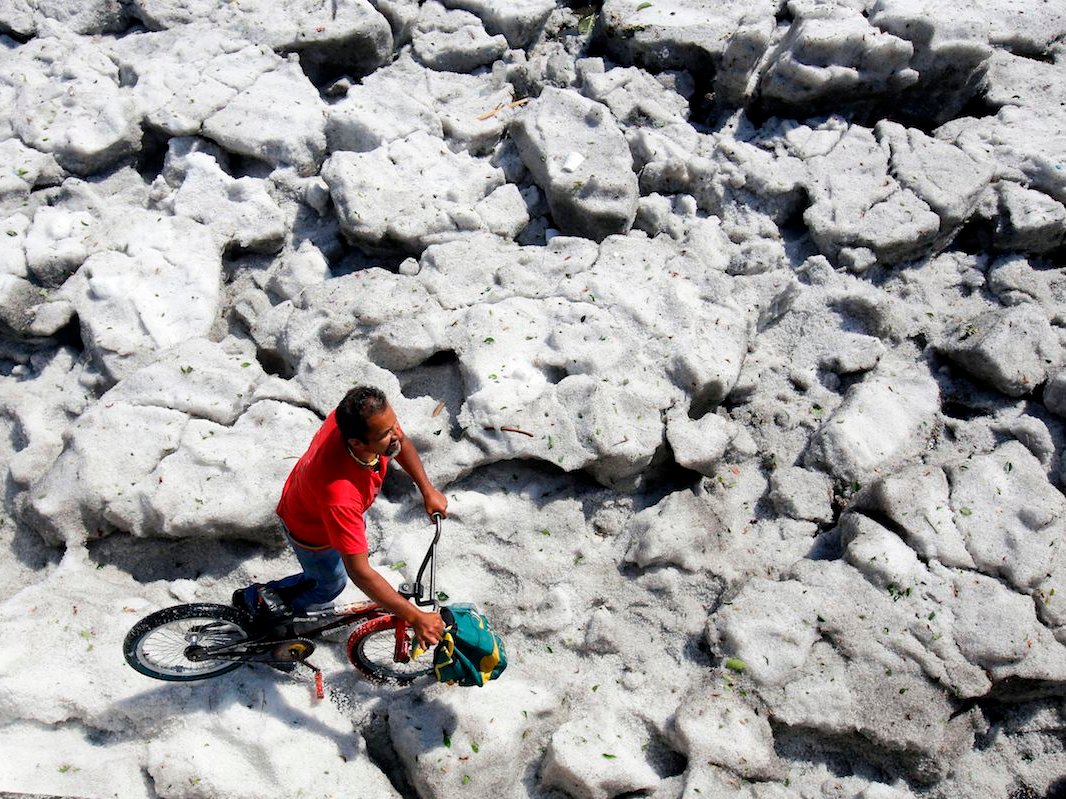 A man walks his bike on a sheet of ice on Sunday. (Ulises Ruiz/AFP/Getty)

Some residents came out to play after the ice settled. One girl even made a snow angel.

While seasonal hailstorms are not uncommon in Guadalajara, the severity of Sunday’s storm was unprecedented. Alfaro tweeted that these were “scenes that I had never seen before.” 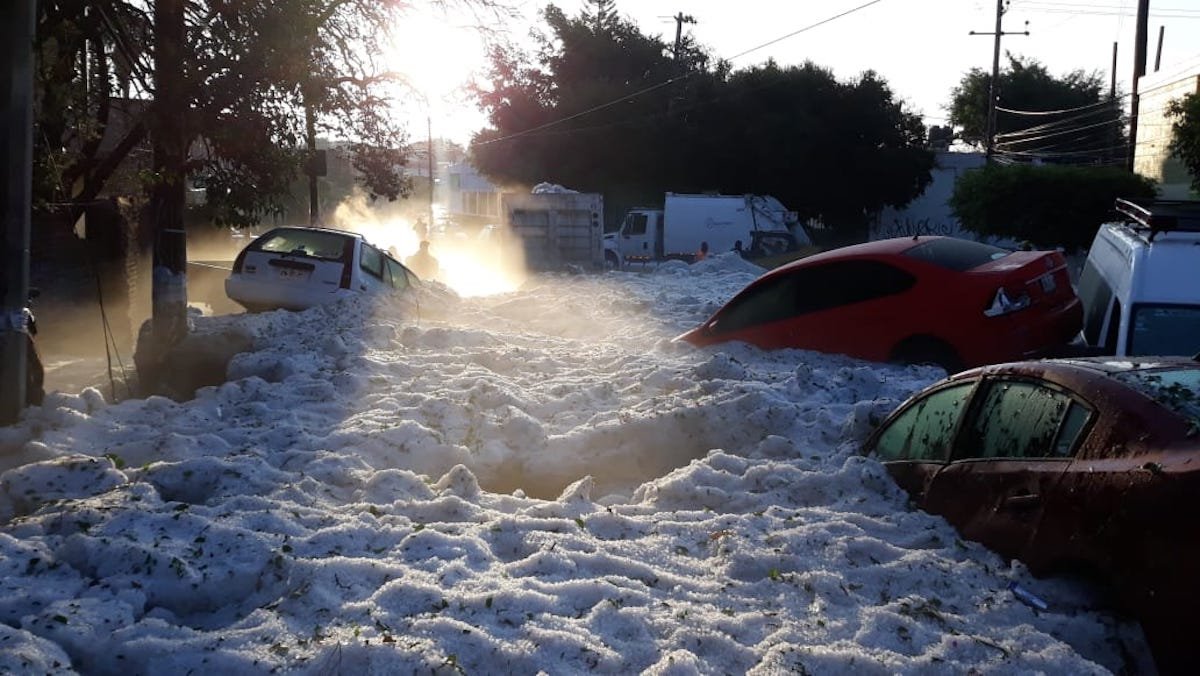 Alfaro said that with the hail more than a meter high, “we asked ourselves if climate change exists.”