The Po River runs 405 miles (651.8 km) from the Cottian Alps to empty into the Adriatic Sea. It’s currently facing its worst drought in 70 years, which has caused a decades-old sunken ship to resurface.

The Zibello, a 160-foot (48.8-meter) barge that transported wood in World War II and sank in 1943, is usually hidden beneath the Po’s waters, the Associated Press reports. Now, the river’s water levels are so low that the wreckage is visible to onlookers. 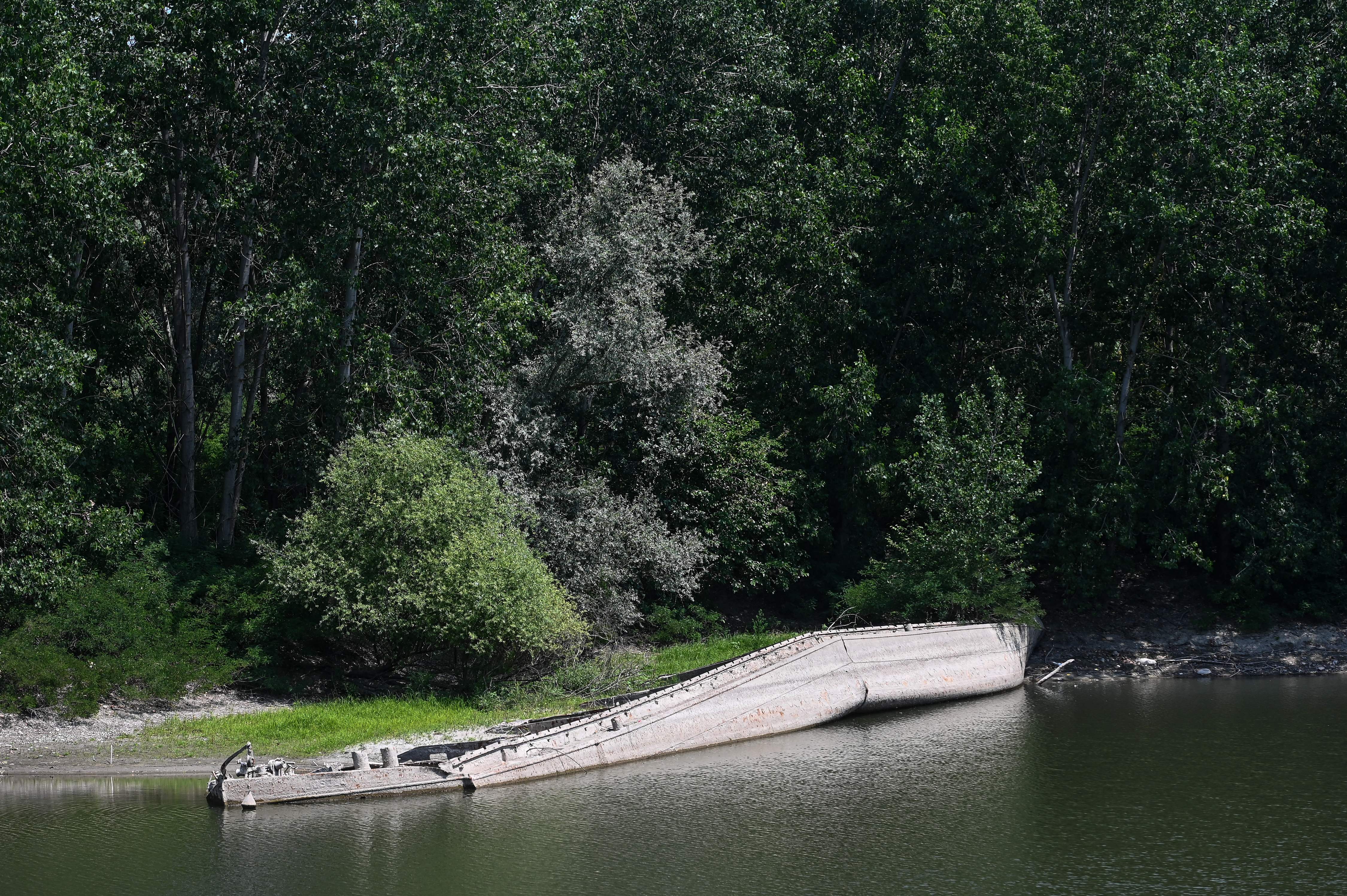 “It’s the first time that we can see this barge,” amateur cyclist Raffaele Vezzali told the AP from a park near the village of Gualtieri.

Alessio Bonin took photos of the wreckage with his drone. He told The Guardian it was a startling sight.

“In recent years you could see the bow of the boat, so we knew it was there, but to see the vessel so exposed in March, when it was essentially still winter, was very dramatic,” Bonin said. “I’ve never seen such a drought at this time of year – our main worry used to be our river flooding, now we worry about it disappearing.”

A number of factors spurred by climate change are contributing to the drought. The AP reports that Northern Italy hasn’t seen rain in more than 110 days, snowfall was down 70 percent this year, and above-average temperatures are melting snow and glaciers on the surrounding Alps, robbing the Po basin of its water reservoirs for summer.

Scientists have measured a perceptual ability called ‘O’. How good is yours?
There’s a change happening to Earth’s outer core, as revealed by seismic wave data
Mars has so much radiation, any signs of life would be buried six feet under
The pandemic showed we totally CAN limit global warming. Here’s how
NASA launches nanosatellite in landmark mission to return to Moon