Scientists in Italy are investigating the mysterious appearance of pink glacial ice in the Alps, caused by algae that accelerate the effects of climate change.

There is debate about where the algae come from, but Biagio Di Mauro of Italy’s National Research Council said the pink snow observed on parts of the Presena glacier is likely caused by the same plant found in Greenland.

“The alga is not dangerous, it is a natural phenomenon that occurs during the spring and summer periods in the middle latitudes but also at the Poles,” said Di Mauro, who had previously studied the algae at the Morteratsch glacier in Switzerland.

The plant, known as Ancylonema nordenskioeldii, is present in Greenland’s so-called Dark Zone, where the ice is also melting. 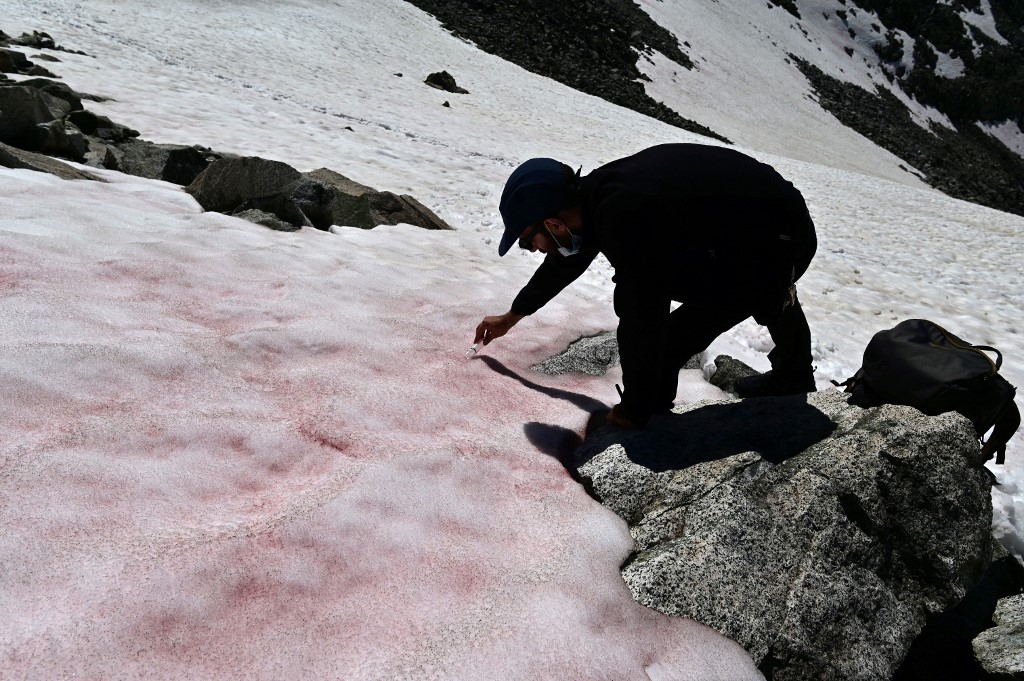 Normally ice reflects more than 80 percent of the sun’s radiation back into the atmosphere, but as algae appear, they darken the ice so that it absorbs the heat and melts more quickly.

More algae appear as the ice melts more rapidly, giving them vital water and air and adding red hues to the white ice at the Passo Gavia, altitude 2,618 metres (8,590 feet).

“Everything that darkens the snow causes it to melt because it accelerates the absorption of radiation,” said Di Mauro.

“We are trying to quantify the effect of other phenomena besides the human one on the overheating of the Earth,” said Di Mauro, noting that the presence of hikers and ski lifts could also have an impact on the algae. 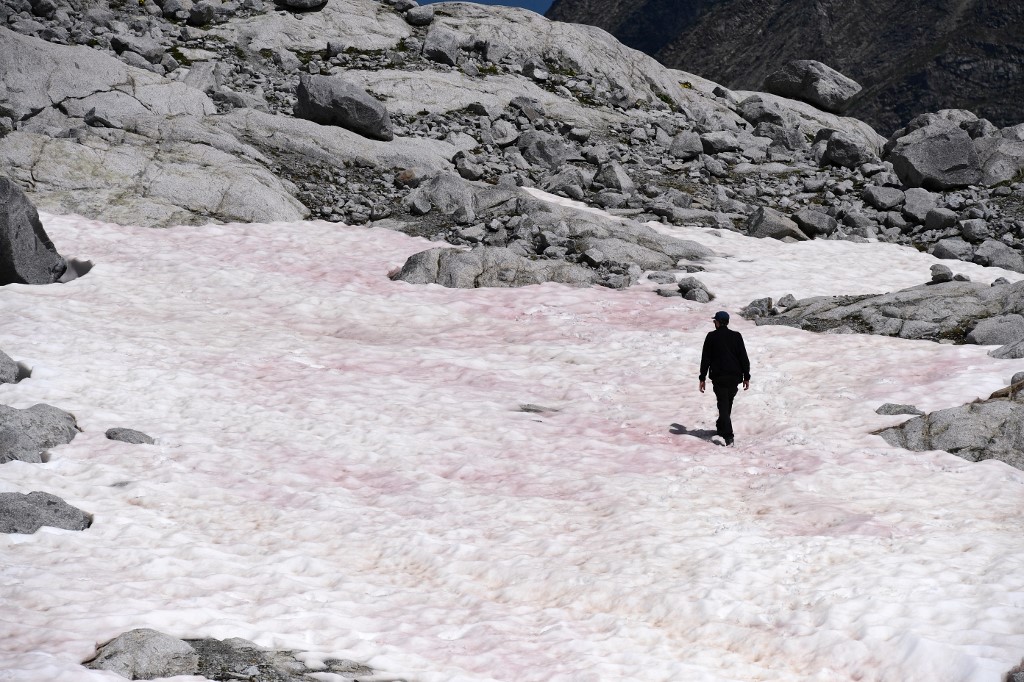 Tourists at the glacier lament the impact of climate change.

“Overheating of the planet is a problem, the last thing we needed was algae,” said tourist Marta Durante.

“Unfortunately we are doing irreversible damage. We are already at the point of no return, I think.”

Elisa Pongini from Florence said she felt the Earth was “giving us back everything we have done to it”.

“2020 is a special year: terrible things have happened,” she said. “In my opinion, atmospheric phenomena are worsening. Climate change is increasingly evident.”

Alien Worlds Very Different to Earth Might Be Habitable For Billions of Years
The largest bacterium has been found. It’s eyelash-length and like nothing we’ve seen
Pluto’s moon has a mysterious red north pole, and we may finally know why
Deepest shipwreck ever found discovered at nearly 7,000 meters below sea level
This weird star survived a supernova only to shine even more brightly than before