In the awful wake of an oil spill, it’s typically the smallest of organisms who do most of the cleaning up. Surprisingly, scientists know very little about the tools these tiny clean-up crews have at their disposal.

But now, thanks to a new study, researchers have uncovered a whole new cycle of natural hydrocarbon emissions and recycling facilitated by a diverse range of tiny organisms – which could help us better understand how some microbes have the power to clean up the mess an oil spill leaves in the ocean.

“Just two types of marine cyanobacteria are adding up to 500 times more hydrocarbons to the ocean per year than the sum of all other types of petroleum inputs to the ocean, including natural oil seeps, oil spills, fuel dumping and run-off from land,” said Earth scientist Connor Love from the University of California, Santa Barbara (UCSB).

But unlike more familiar human contributions of hydrocarbons into our ocean, this isn’t a one-way, local dump.

These hydrocarbons, primarily in the form of pentadecane (nC15), are spread across 40 percent of Earth’s surface, and other microbes feast on them. They’re constantly being cycled in such a way that Love and colleagues estimate only around 2 million metric tonnes are present in the water at any one time.

“Every two days you produce and consume all the pentadecane in the ocean,” Love explained. 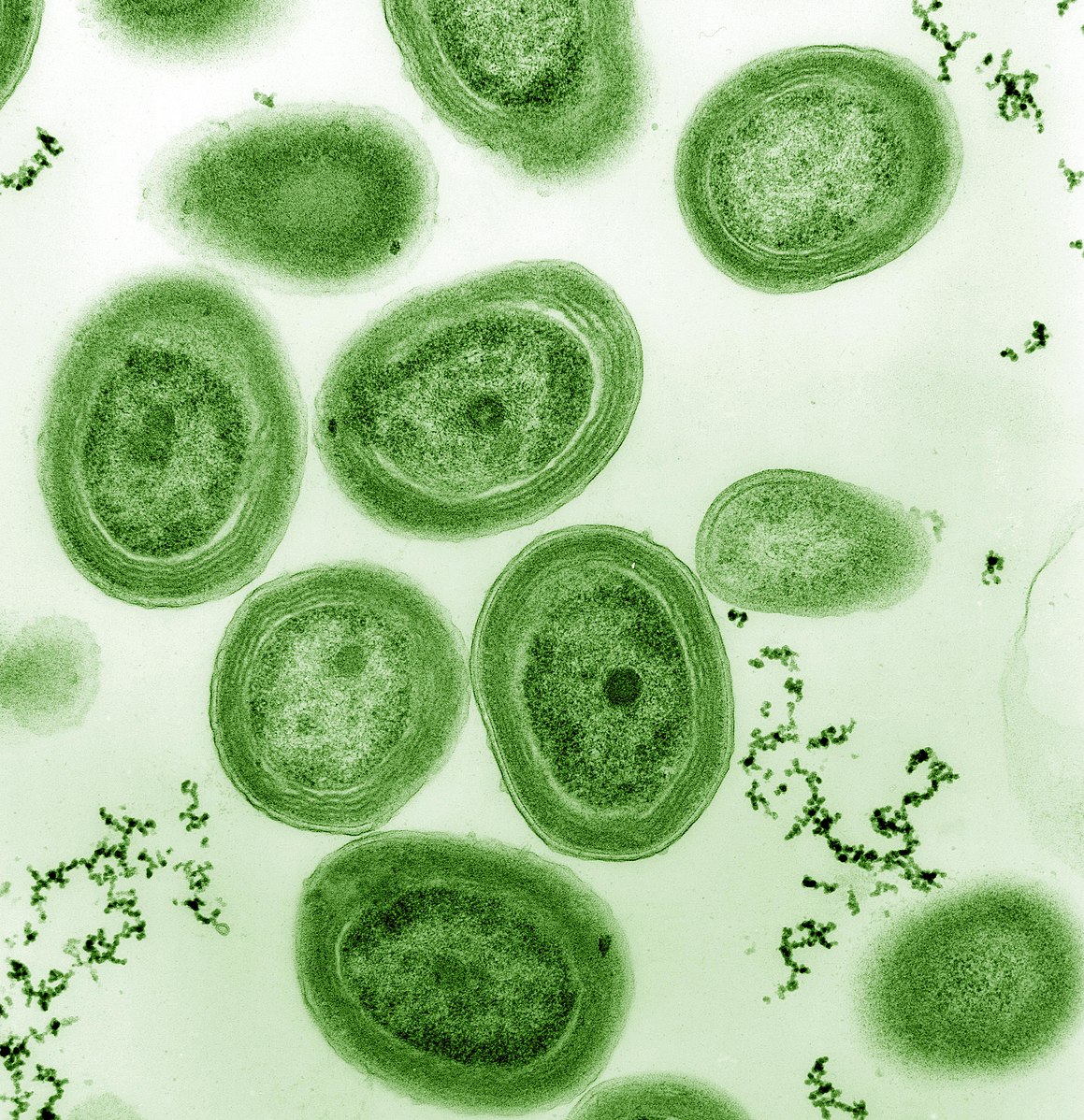 Above: A species of the globally distributed marine cyanobacteria, Prochlorococcus.

Today, humanity’s hydrocarbon footprints can be found in most aspects of our surroundings. We emit these molecules composed of only carbon and hydrogen atoms in many ways – the bulk through extraction and use of fossil fuels, but also from plastics, cooking, candles, painting, and the list goes on.

So it probably shouldn’t be a huge surprise that traces of our own emissions drowned out our ability to see the immense hydrocarbon cycle that naturally occurs in our oceans.

It took Love and colleagues some effort to clearly identify this global cycle for the first time.

Far from most human sources of hydrocarbons, in the nutrient-poor North Atlantic subtropical waters, the team had to position the ship they sampled from to face the wind, so the diesel fuel that also contains pentadecane did not contaminate the seven study sites. No one was permitted to cook, smoke or paint on deck during collections.

“I don’t know if you’ve ever been on a ship for an extended period of time, but you paint every day,” explained Earth scientist David Valentine from UCSB. “It’s like the Golden Gate Bridge: You start at one end and by the time you get to the other end it’s time to start over.”

Back on land, the researchers were able to confirm the pentadecane in their seawater samples were of biological origin, by using a gas chromatograph.

Analysing their data, they found concentrations of pentadecane increased with greater abundance of cyanobacteria cells, and the hydrocarbon’s geographic and vertical distribution were consistent with these microbe’s ecology.

Cyanobacteria Prochlorococcus and Synechococcus are responsible for around a quarter of the global ocean’s conversion of sunlight energy into organic matter (primary production) and previous laboratory cultivation revealed they produce pentadecane in the process.

Valentine explains the cyanobacteria likely use pentadecane as a stronger component for highly curved cellular membranes, like those found in chloroplasts (the organelle that photosynthesise).

The cycle of pentadecane in the ocean also follows the diel cycling of these cyanobacteria – their vertical migration in the water in response to changes of light intensity throughout a day.

Together, these findings suggest the cyanobacteria are indeed the source of the biological pentadecane, which is then consumed by other microorganisms that produce the carbon dioxide the cyanobacteria then use to continue the cycle. 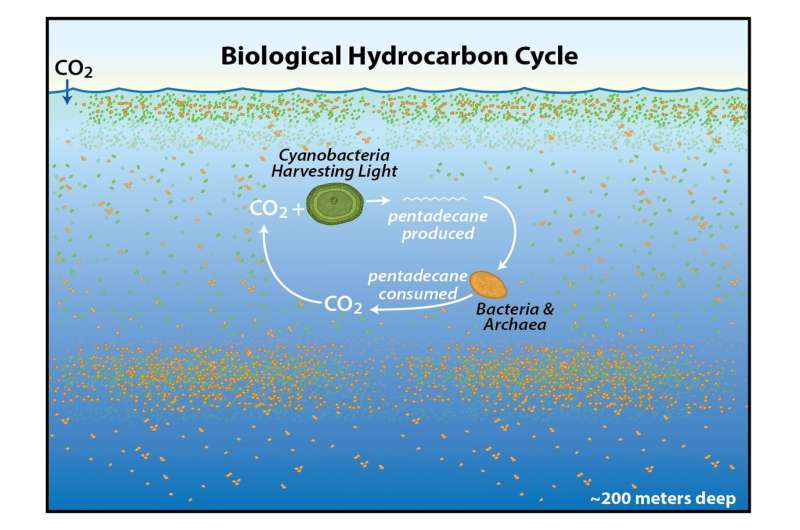 Love’s team identified dozens of bacteria and surface-dwelling archaea that bloomed in response to the addition of pentadecane in their samples.

So they then tested to see if the hydrocarbon-consuming microbes could also break down petroleum. The researchers added a petroleum hydrocarbon to samples increasingly closer to areas with active oil seepage, in the Gulf of Mexico.

Unfortunately, only the sea samples from areas already exposed to non-biological hydrocarbons contained microbes that bloomed in response to consuming these molecules.

DNA tests showed genes thought to encode proteins that can degrade these hydrocarbons differed between the microbes, with a contrast evident between those that ate biological hydrocarbons and those that devoured the petroleum-sourced ones.

“We demonstrated that there is a massive and rapid hydrocarbon cycle that occurs in the ocean, and that it is distinct from the ocean’s capacity to respond to petroleum input,” said Valentine.

The researchers have begun sequencing the genomes of the microbes in their sample to further understand the ecology and physiology of the creatures involved in Earth’s natural hydrocarbon cycle.

“I think [these findings reveal] just how much we don’t know about the ecology of a lot of hydrocarbon-consuming organisms,” said Love.

This research was published in Nature Microbiology.

Scientists Reveal The Most Distant Galaxy We’ve Ever Found
Mysterious Medieval City in Africa Had a Genius System to Survive Drought
Black Swans Could Be Entirely Wiped Out by a Single Virus, Scientists Warn
An Expert Explains Why The Radioactive Water Stored at Fukushima Should Be Released
This Physicist Says Electrons Spin in Quantum Physics After All. Here’s Why