Nature is constantly posing for that perfect shot. Many of us might be lucky to see it, but few are ever in the right position to capture the moment.

Canadian photographer Steve Biro happened to be at the right place at just the right time. The result is a stunning image of a bald eagle skimming the surface of a pond at the Canadian Raptor Conservatory. We’re not sure if the eagle’s as impressed as we are, though.

Biro took hundreds of snaps of the raptor earlier this month on a visit to the conservatory. While there were no doubt plenty of gems, this one really struck a chord when it hit social media after appearing on the front page of Reddit. 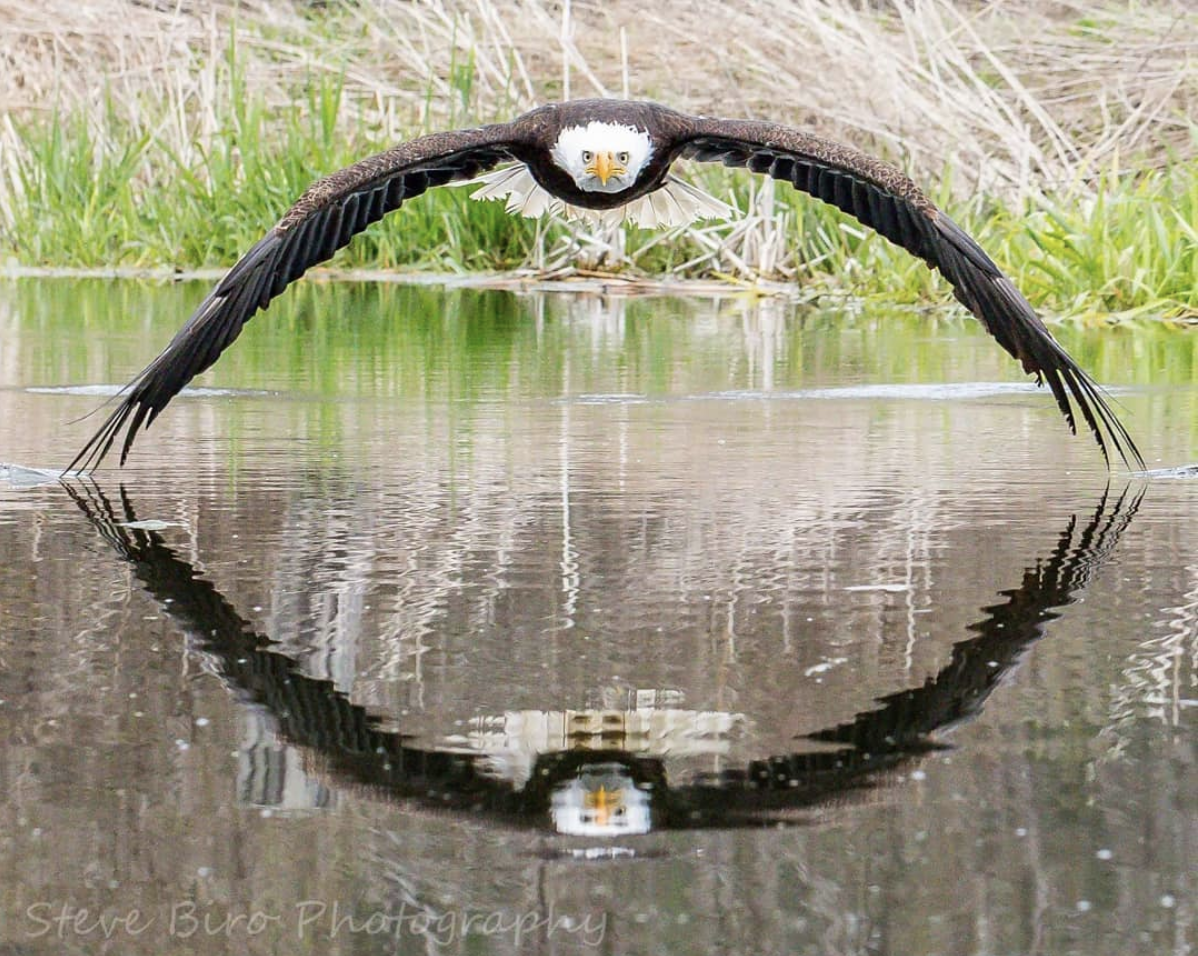 “That [photograph] was the one that struck me as a little more special than the others. But I still didn’t even know how it would resonate with people,” Biro told the BBC.

The conservatory is home to more than 200 captive-bred birds, and regularly cares for dozens of sick and injured animals until they can be returned to the wild.

Having such a variety of feathered guests in one place is a boon for photographers, who regularly flock there to try their luck capturing a photo as near perfect as this one.

Not that the birds are always happy to receive such attention.

This prime specimen – named Bruce – is usually comfortable with the paparazzi vying for that winning photograph. Perhaps that day he just wasn’t in a modelling mood. That icy stare wasn’t just for the camera, it seems.

“He was actually trying to brush me away from where I was perched,” Bruce told the BBC.

“I could feel the breeze from his wings as he flew over me. The other people who were there were gasping as he came over my head. It was really quite exhilarating.”

Bald eagles aren’t exactly rare across the North American continent, but we can thank the 1973 Endangered Species Act and a bunch of conservation work for that.

Prior to the act, their numbers were plummeting thanks largely to habitat loss and an accumulation of the pesticide DDT in their habitats.

Back from the brink of extinction, the bald eagle is now a symbol of what we can accomplish with some hard work and effective environmental legislation.

Don’t let that glare fool you. Bruce is appreciative. Even a status symbol can have a grumpy day every now and then.

A Strange Thing Happens to Wolves Infected by Infamous Mind-Altering Parasite
Millions of ‘Silent Synapses’ Could Be The Key to Lifelong Learning
The Hunt For Signs of Intelligent Alien Life Just Got a Massive Boost
Giant Asteroid Unleashed a Devastating Martian Megatsunami, Evidence Suggests
Ant Babies Ooze a Weird Kind of ‘Milk’, And The Whole Colony Slurps It Down