In 1877, a German art historian named Friedrich Klopfleisch uncovered the remains of a figure buried in a tomb of opulence around 1940 BCE.

Little is known about the life and identity of this affluent Bronze Age ‘prince’. A fresh examination of the bones has now revealed at least one new piece of information – somebody really didn’t like him all that much.

The contents of the ancient grave in the district of Leubingen, in the eastern German state of Thuringia, have enthralled archaeologists ever since Klopfleisch first cast his eyes on them more than a century ago.

Cloak pins, made of gold. A dagger, axes, and several bronze blades. A stone anvil. A clay pot. Objects nobody would bury without a good reason, indicating this had been a man who wielded power.

Curiously, the arm bones of a young child lay nearby, as if a young body once lay draped across the grave occupant’s lap.

As to who the wealthy figure might have been, there can only be guesses. The bones tell of an older male, one displaying signs of worn teeth and gout, and – until recently – not much else.

In 2012 anthropologists searched for injuries that could have explained the man’s death, finding nothing conclusive.

Historian Kai Michael and archaeologist Harald Meller – an expert on the Early Bronze Age Únětice culture that defines the grave site – weren’t satisfied, and encouraged experts to go back for another look.

“After all, its bones are the only remnants of a human from the immediate vicinity of the sky disc,” Meller told Thomas Schöne from Tiroler Tageszeitung.

What’s the sky disc? Unearthed by looters nearly twenty years ago near the town of Nebra, the 3,600 year old plate consists of a blue-green patina surface inlaid with gold astronomical symbols, as seen below. 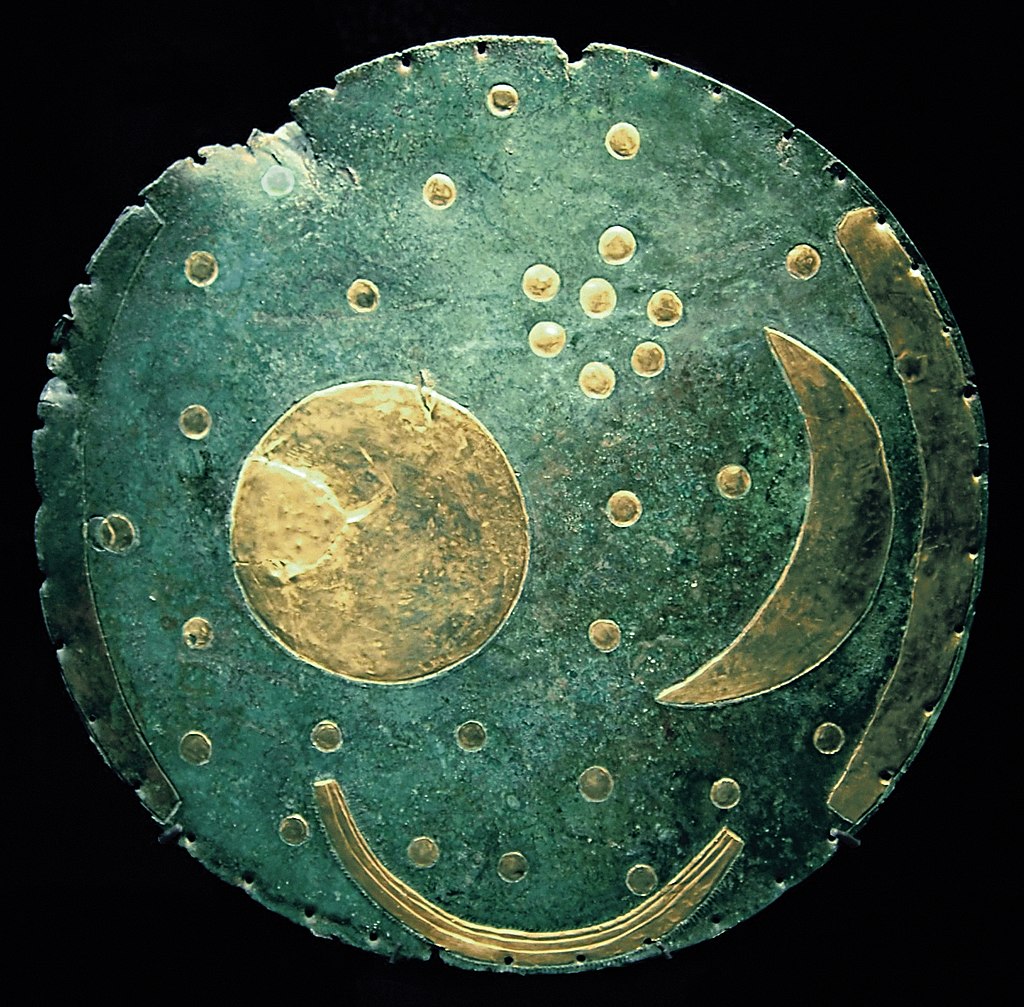 While debate continues on exactly what this disc’s purpose might have been, its markings suggest it more than likely helped mark out the solstices.

Having recently co-authored a book on the Nebra Sky Disc, Michael and Meller have their opinions. But the next logical step was to learn all they could about this local figure of authority.

“Ultimately we are dealing with the only known remains of someone directly linked to the Nebra Sky Disc,” says Michael.

The published results of the full forensic analysis won’t be available until next year. But a preliminary report concludes signs of violence seem to be present after all.

“We have been able to verify three clear injuries to the bones,” says deputy director of the Institute of Legal Medicine at Saarland University, Frank Ramsthaler.

“There were likely more injuries, but all three of those we confirmed would have been lethal. The murder weapon may have been a dagger, the blade of which would have to have been at least 15 centimetres (just under 6 inches) long.”

If true, this would make the tragic end of this anonymous prince the oldest example of a political assassination.

The position of each mark hints at a story that rivals that of a Shakespearean tragedy, of deep wounds that score the spine from within and split the shoulder blade.

The victim could have been standing against the wall, stabbed through the stomach, and down from above, severing arteries and puncturing a lung.

“That’s also where Roman gladiators would set their death blow,” says Meller, suggesting the attack has all the hallmarks of an experienced warrior.

We may never know the full story of the prince’s end, or learn about the child in his lap.

It’s possible the man was murdered by one or more trusted colleagues, people who could get close enough to deliver a series of fatal strikes.

The start of the Bronze Age in Europe marked a dramatic shift in culture, progressing from the egalitarian Neolithic social structures towards hierarchies marked by the production and possession of expensive goods and materials.

Germany’s Únětice society was no different, representing a shift in conflict, from battles fought by warrior heroes to wars fought under the rank and file of professionals governed by elites.

The princely figure found by Klopfleisch more than a century ago now adds even more colour to this fascinating period of history.