As we humans grow older and wiser, it’s not unusual to feel as if time were whizzing by, quietly gathering speed with every year.

Mechanical engineer Adrian Bejan from Duke University now thinks he has figured out why, and just like ageing, he suspects the experience is both universal and inescapable.

Adhering to the physical laws of life and evolution, Bejan argues that as our eyes fatigue and our brains grow slower, it is only natural to feel as though we are losing time.

“People are often amazed at how much they remember from days that seemed to last forever in their youth,” he said.

“It’s not that their experiences were much deeper or more meaningful, it’s just that they were being processed in rapid fire.”

Anyone who has ever watched water come to boil knows intuitively that their “sense of time” is only a perception. Far from being a reliable measurement,  it’s more like a mental construct, constantly changing over time.

This essentially means that the seconds, minutes, and hours we keep in our heads are inherently different to the ones we count on our clocks.

“The time that you perceive is not the same as the time perceived by another,” writes Bejan.

“Why? Because the young mind receives more images during one day than the same mind in old age.”

Bejan’s hypothesis is based on how the brain interprets information from our eyes. The pathways that process visual information start small, but as our neurons mature and grow, they create longer and longer pathways in our brain.

When these neurons begin to age, the path becomes even longer as electrical message meet more and more resistance along the way.

Put simply, an older brain takes longer to process the present. Just look at any baby and you’ll notice that their eyes dart about much faster than your own, taking in the scene at a rapid pace.

“Said another way, if the lifespan is measured in terms of the number of images perceived during life, then the frequency of mental images at young age is greater than in old age,” writes Bejan. 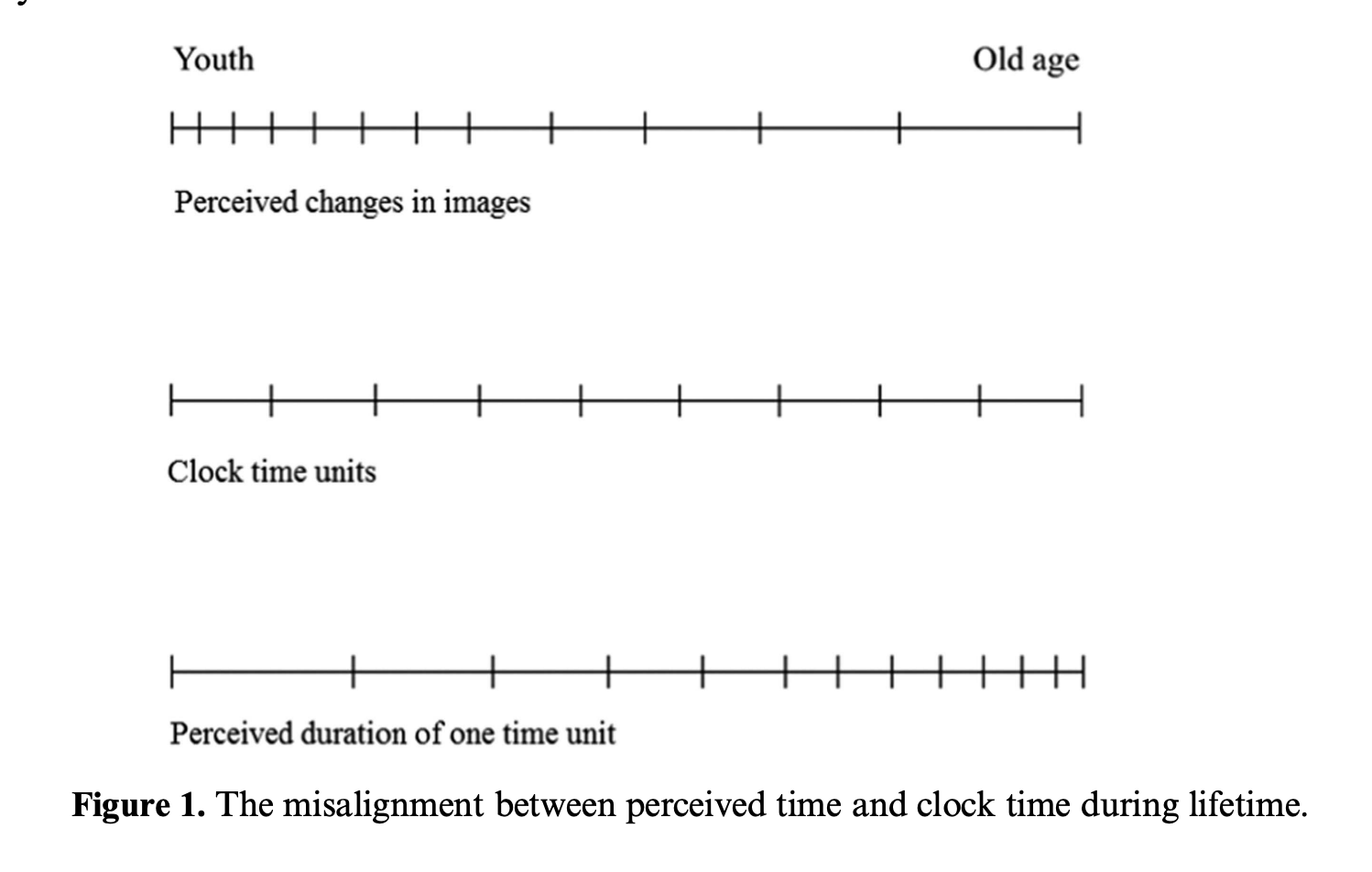 So what does this have to do with the perceived length of time? Well, when a human is focused on the present, say when they are waiting for a pot to boil, they perceive time as having slowed down.

This is because they are checking in on the present more frequently, adjusting their own perceptions of time to match a more objective measurement.

In any given space of time, older people are viewing fewer new images, and this makes it seem as though time is passing more quickly than it does for younger people.

“The present is different from the past because the mental viewing has changed, not because somebody’s clock rings,” explains Bejan.

“Days seemed to last longer in your youth because the young mind receives more images during one day than the same mind in old age.”

This paper has been published in the European Review.

Astronomers Just Realized The Milky Way Is Too Big For Its Surroundings
Physicists Break Record Firing a Laser Down Their University Corridor
Astronomers Just Discovered a ‘Bear’ on Mars
This Asteroid Has Survived For 4 Billion Years. That Could Be a Huge Problem
An Iceberg The Size of London Has Broken Free From Antarctica Ice Shelf