Luis Un was just a boy when he first visited the cave.

It was 1966, and farmers had stumbled upon the hidden cavern by chance. They alerted a prominent Mexican archaeologist, who promptly sealed the entrance. Decades passed, the strange place was forgotten. But not by Luis Un.

Last year, Un, now a 68-year-old, led archaeologists back to this undisturbed secret under the ancient Maya city of Chichén Itzá, along the north edge of Mexico’s Yucatán Peninsula.

What it contains, researchers announced this week, amounts to the most important such discovery in the region since the 1950s: hundreds of incredibly well-preserved Maya artefacts protected within an archaeological treasure trove called Balamkú (“the cave of the jaguar god”). 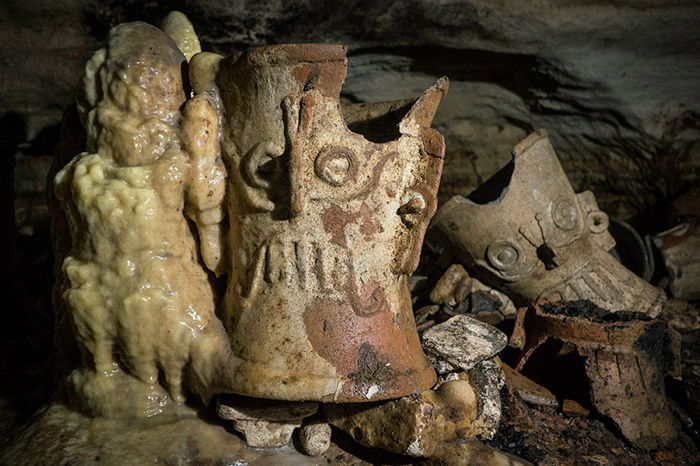 “Balamkú will help rewrite the story of Chichén Itzá,” says archaeologist Guillermo de Anda from Mexico’s National Institute of Anthropology and History, and the director of the Great Maya Aquifer Project (GAM).

“The hundreds of archaeological artefacts, belonging to seven [ritual offering chambers] documented so far, are in an extraordinary state of preservation.”

According to the team, in the Late Classic (700–800 CE) and Terminal Classic (800–1000 CE) periods of Maya civilisation, droughts in the Yucatán region obliged its ancient inhabitants to look elsewhere for water.

In natural sinkholes called cenotes and the sprawling cave systems branching off from them, the Maya found not just vital groundwater, but something else too: divinity.

“For the ancient Maya, caves and cenotes were considered openings to the underworld,” anthropologist Holley Moyes from the University of California, Merced, who wasn’t involved with the team, explained to National Geographic.

“They represent some of the most sacred spaces for the Maya, ones that also influenced site planning and social organisation. They are fundamental, hugely important, to the Maya experience.” 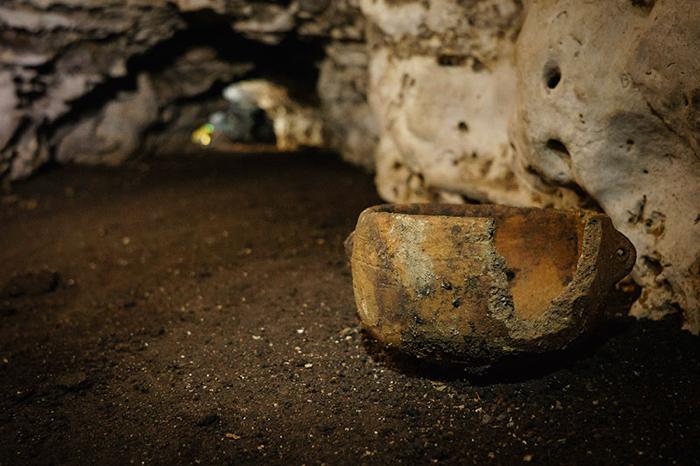 Because of this, these giant underwater caves inhabited long ago can yield just as many secrets about the mysterious culture as the equally epic Maya dwellings above the ground.

One of the most famous of those structures is El Castillo – aka the Temple of Kukulcána, a stunning pyramid that forms one of the central landmarks of Chichén Itzá. It stands less than three kilometres (under two miles) from the newly explored cave.

This close proximity makes Balamkú, and the more than 200 artefacts it contains, a truly important find.

“Because the context remained sealed for centuries, it contains invaluable information related to the formation and fall of the ancient ‘City of Water Wizards’, and about [those] who were the founders of this iconic site,” de Anda says.

The items found so far include incense holders, food containers, and drinking vessels – many bearing the iconography of Tlāloc, the god of water (and fertility) who appears in different forms across ancient Mesoamerican cultures. 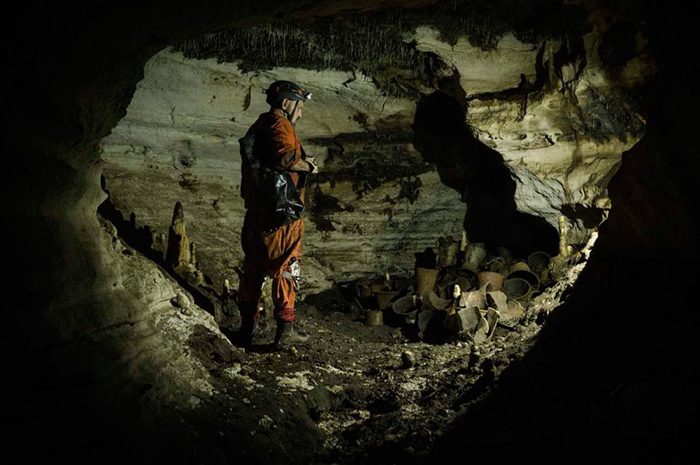 Some of the artefacts contain ancient traces of food, bone, minerals, and seeds. By analysing these, the researchers could learn even more about the people who once inhabited this long-hidden space.

We can likely expect even more discoveries, since the worm-like cave extends for hundreds of metres which are yet to be explored in depth.

Part of the reason the artefacts are so well preserved is because Balamkú is such an inaccessible recess and natural hiding place – calling for the archaeologists to stoop and crawl as they travel through it, especially in stretches that are only 40 centimetres high.

There’s also not a lot of oxygen in the caves, and snakes to contend with. But nobody is complaining.

“Now comes a stage of documentation, protection, and conservation of this marvellous and unique place.” 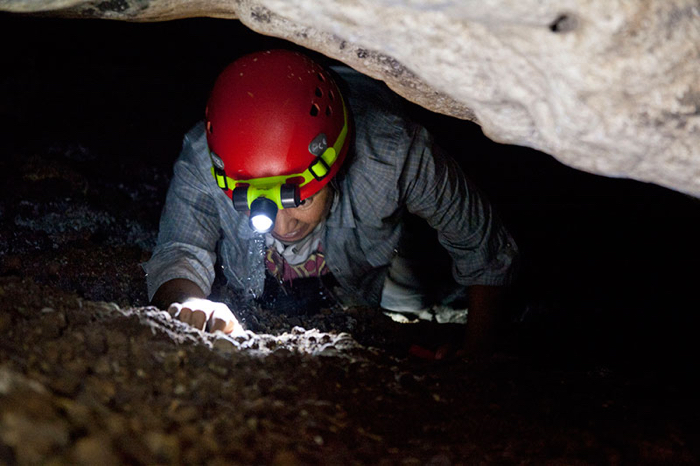 In addition, the team will continue to search further, looking for a possible underground link to the nearby pyramid.

“That is part of the reason why we are entering these sites, to find a connection to the cenote under the Castillo.”

Whether or not one turns up, the rediscovered cave and the objects inside it already serve as a priceless lifeline: a rare, tangible connection between a vanished culture and the explorers of today, both young and old.

“I couldn’t speak, I started to cry,” de Anda told National Geographic, recounting the experience of entering the cave for the first time.

“You almost feel the presence of the Maya who deposited these things in there.”