History hasn’t left us with the best impression of the Roman emperor Nero. Depending on who you ask, he was a tyrant who robbed the throne of dignity or a narcissist who taxed the masses heavily for self-gratification. Maybe all of the above.

Then there’s his face. Hey, nobody looks sexy when squished into a coin. But if we trust the amazingly talented artist behind the Césares de Roma project, this most reviled of despots wasn’t exactly destined to charm the masses with his beauty.

The Spanish sculptor responsible for a recent hyper-realistic depiction of the first century CE emperor hopes his art will create a more “human, real, and modern” perception of classic Roman history. 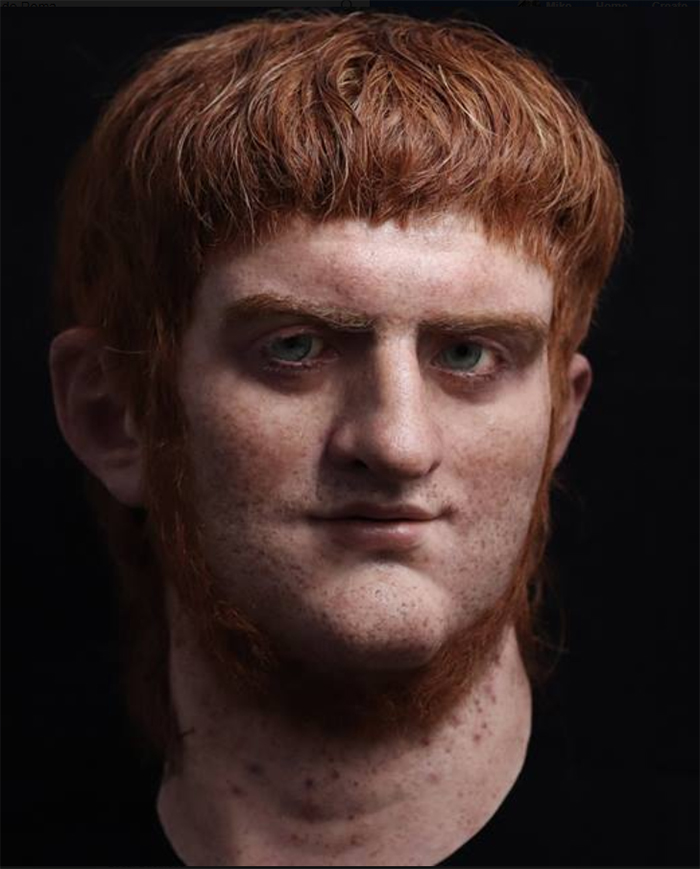 While the artist doesn’t go into detail on his inspiration, the end result does reflect classic depictions made of Nero over the ages, including a 17th century marble bust on display at the Musei Capitolini in Rome.

Sure, Nero died a good eight centuries before the bust was carved, so any question of accuracy is a fair one, but coins struck during the emperor’s reign suggest the double chin and neckbeard are bang on the money.

As for colour, references made by contemporary historians such as Suetonius did say he had grey to blue eyes. They also said Nero’s hair was ‘subflavo’, which translates roughly as the yellow or blonde of a lion’s mane. So where did the modern rust-coloured mop come from? That bit isn’t clear.

The 19th century oil painting Christian Dirce in the Circus of Nero does give the ruler a reddish-brown do under a crown of golden laurel leaves.

Nero was initially named Lucius Domitius Ahenobarbus before he was adopted by the emperor Claudius in the year 50 CE. For Latin lovers, ahenobarbus translates as “red bearded”.

But that was also something of an inherited nickname, so it’s hard to imagine this alone would imply Nero was a ginger.

Bringing history to life in this way is a challenge that can often require small artistic liberties, so we’ll leave it up to you to judge.

Most of what we know about Nero Claudius Caesar Augustus Germanicus comes from just three sources, only one of which was around during his rule, leaving plenty of room for speculation to slip in.

Still, rumour had it he had a penchant for burning Christians alive, throwing huge amounts of tax-payer’s money at public works in his own honour, and was even blamed for starting a massive fire to clear the way for a new palace. Either he needed better PR, or Nero was one A-class stain on the toga of Roman history.

It’s impossible to say whether this picture of a freckled tyrant with an adolescent neck beard and smug pout intentionally draws on modern political stereotypes of male entitlement or not.

But knowing he was such a jerk, it doesn’t make you want to punch him any less.

This Asteroid Has Survived For 4 Billion Years. That Could Be a Huge Problem
Archaeologists Find Hidden Ruins of ‘Complete’ Roman-Era City in Egypt
Scans of Mummified ‘Golden Boy’ Reveal He Was Covered in Magical Protections
Mysterious ‘Zone of Uncertainty’ Inside The Brain Reveals a Surprise
An Iceberg The Size of London Has Broken Free From Antarctica Ice Shelf