Long before climate change drove them to abandon their thriving cities, a group of hunter-gatherers settled in the Indus River Valley as farmers, leading to the creation of one of the world’s first large-scale urban societies, complete with booming economies and long-distance trade.

The Harappan civilisation, which peaked around 2,600 to 1,900 BCE, boasted pioneering town planning, elaborate drainage systems and granaries. They were a multicultural society and even had their own standardised system of weights and measures. But what enticed these people to drastically change their roaming ways in the first place?

“A mainstream view is that farming came to South Asia through the large-scale westward movement of Iranian farmers,” geneticist David Reich from Harvard University told ScienceAlert.

Hints of Iranian ancestry in modern South Asians led researchers to suspect that when these ancient Iranians migrated from the Fertile Crescent in the Middle East (where the earliest evidence of farming has been found), they took their new agricultural way of life with them.

But a team of researchers led by archaeologist Vasant Shinde from Deccan College in India has just up-ended that scenario’s timeline.

For the first time, the team successfully sequenced a genome from an individual found buried in this ancient civilisation’s remains, in a cemetery at the site of Rakhigarhi in Haryana, India.

Above: Globular pot found near the head of the skeleton that yielded ancient DNA.

While this site has long been of interest, the hot South Asian climate provides the perfect conditions for degrading biological material, leaving little intact DNA to extract. But the team managed to find enough DNA from the 4,000 to 5,000 year old remains by re-sampling the skeleton over 100 times and pooling the results.

“Our study says that farming arose in South Asia either through local invention or adoption of ideas from western neighbours (cultural communication) or some combination,” he said.

Comparing this individual’s genome with those from another study about to be published in Science, the team also provided some insights into the trade and movements between these ancient civilisations.

Eleven individuals out of 523 genetically sampled from Gonur in Turkmenistan and Shahr-i-Sokhta in Iran belonged to the same genetic group as the South Asian individual.

“This suggests that these 11 individuals were migrants or recent descendants of migrants from the Indus Valley Civilisation,” Reich said, which is supported by the cultural connections seen between the sites. 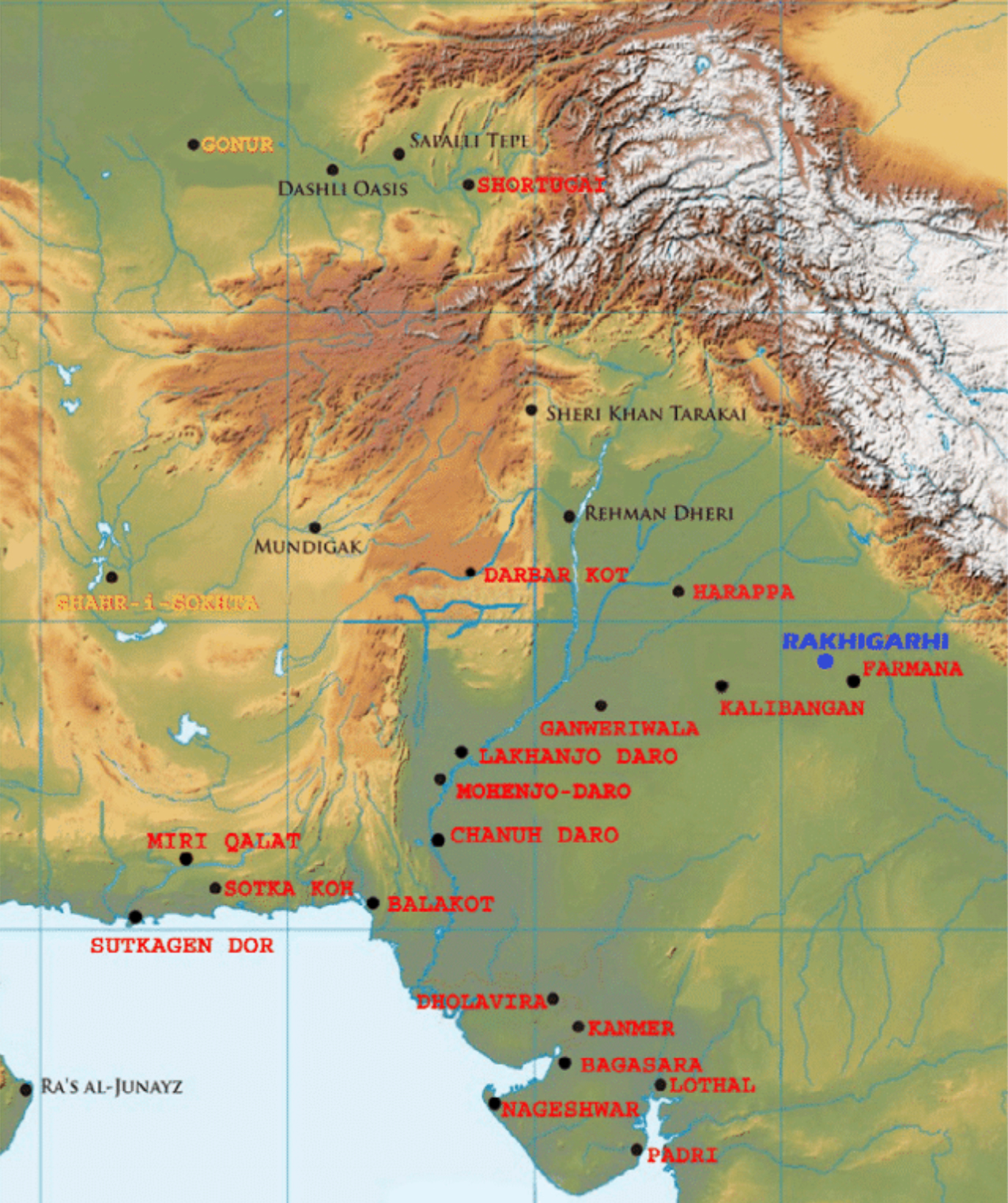 “The Harappans were one of the earliest civilisations of the ancient world and a major source of Indian culture and traditions, and yet it has been a mystery how they related both to later people as well as to their contemporaries,” Shinde explained.

While we now know them through their urban remains and 4,000 year old relics, this newly sequenced genome revealed the ancient Harappan civilisation has a much greater legacy.

“This individual buried in an Indus Valley Civilisation cemetery, was part of a population that is the single largest source of ancestry in nearly all South Asians today,” explained Reich.

Of course there’s only so much that can be learnt from one individual’s genome, so the researchers hope the technique they used will allow them to study the genomes of many other individuals from the Harappa civilisation to create a bigger picture of this rich history.

“We also want to study individuals from other time periods and geographic locations in South Asia,” Reich said, “particularly just before and after the advent of farming in order to understand the extent to which genetic change accompanied these economic transformations.”

Their findings have been published in Cell.

600,000-year-old artifacts reveal the identity of some of Britain’s oldest toolmakers
This plant lurks underground to trap prey in a way we’ve never seen before
‘Cradle of Humankind’ fossils may be a million years older than previously thought
Robots with flawed AI make sexist and racist decisions, experiment shows
The deep ocean might store way less carbon than we hoped