There are few monuments in the world that are as iconic as the Pyramids of Giza, a necropolis that dates back nearly 5,000 years.

The Great Pyramid of Giza is the only one of the ancient seven wonders of the world still standing and, in 2007, 100 million people voted to select it as one of the New Seven Wonders of the World.

Many people dream of visiting the pyramids, as well as Egypt’s numerous other thousands-year-old historical monuments, ancient temples, and artifacts. I certainly did.

But upon visiting Egypt’s many pyramids recently, I discovered something that, in retrospect, should have been obvious: They are not that fun to go into.

Egypt has 138 discovered pyramids, including the Pyramids of Giza. One day last December, I took a full day to visit as many of them as possible.

That included the Pyramids of Giza, as well as the step pyramid of Djoser, the Pyramid of Unas, the Bent Pyramid, and the Red Pyramid.

The first pyramid of the bunch I visited was the Red Pyramid at the Dahshur necropolis, so named for its red limestone stones. It’s the third largest pyramid in Egypt and it is free to go inside the tomb when you buy a ticket to the complex.

In contrast, to go inside any of the Pyramids of Giza, you have to pay US$10-15 a person in addition to your regular ticket to the complex.

It’s important to remember that live humans weren’t intended to be inside the pyramids. They are tombs, first and foremost, designed to both exalt the deceased and protect their possessions from grave robbers.

To enter the pyramid, I descended a steep staircase in a narrow passageway that travels down a couple hundred feet to a short horizontal passageway.

By the time I reached the bottom of the staircase, I couldn’t see the light at the end of the tunnel. When I visited, it was a quiet day and I only had to shimmy out of the way of a few tourists climbing up as I was going down.

As I passed them, I realized that I wasn’t going to be able to get out of the pyramid any time soon.

With more people, I imagine the sense of claustrophobia is even more pronounced.

Once I passed through the horizontal passageway, I entered the largest chamber, a triangular room with a stepped-ceiling that rises to 40 feet (12 metres).

At this point, the stench and the heat started to get to me. I visited during a cool winter day, but still, inside the pyramid, it was stuffy and hot.

The smell of mold in the air was the worst part. I found it hard to breathe and started holding a scarf over my mouth so that I didn’t have to breathe in the mold directly. I was still coughing.

With the sense of claustrophobia and the dominating smell of mold, it was hardly worth going inside the pyramid.

All I found inside were narrow passageways and empty rooms, some of which were sprayed with the graffiti of explorers and grave robbers past.

Unlike the tombs in the Valley of the Kings, there are no colorful and detailed ancient paintings to marvel at in the chambers.

Grave robbers, explorers, and museum officials have long since taken anything of interest out of the tomb. There are no bodies, sarcophagi, or other funeral goods. 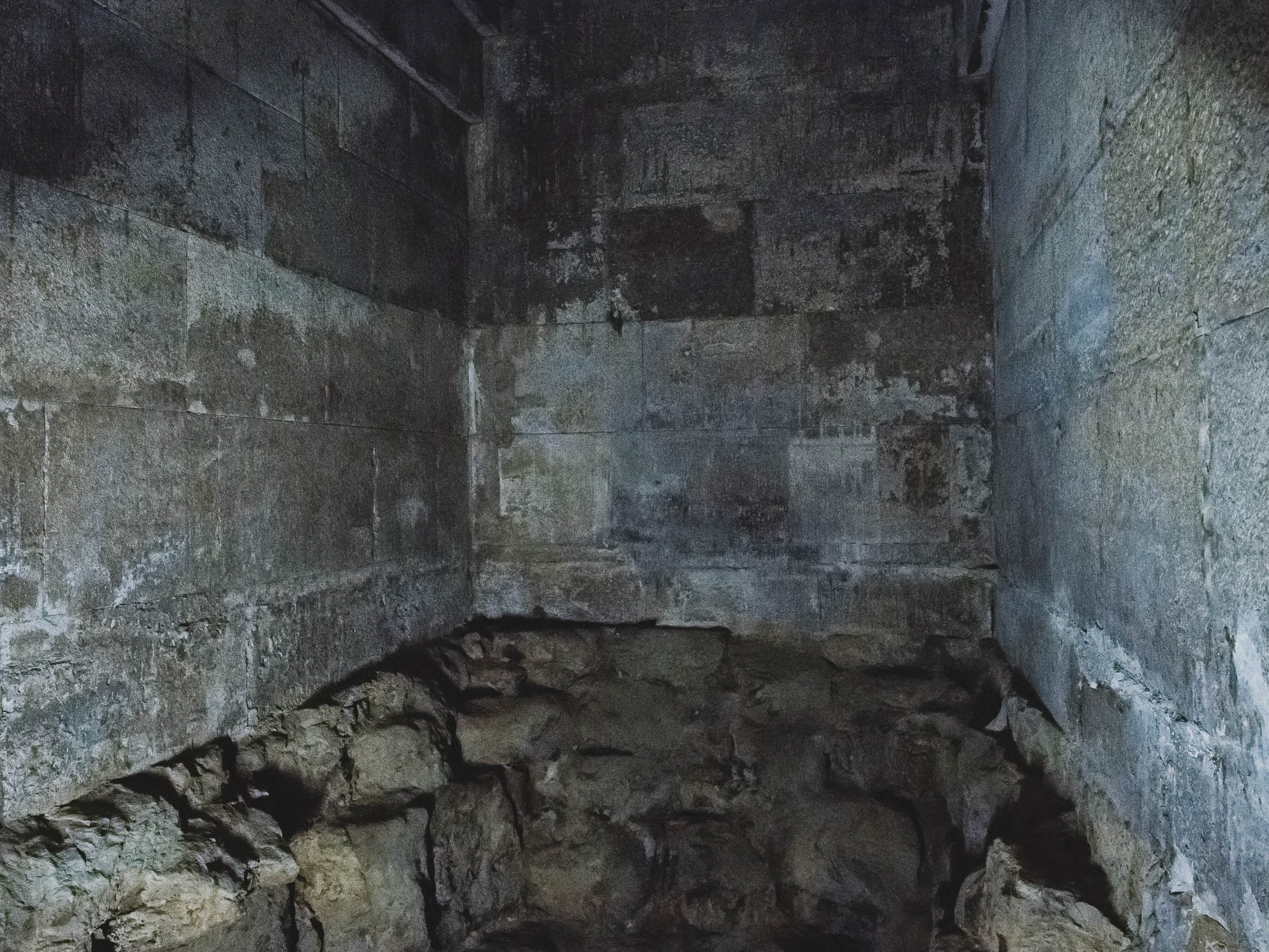 I took a quick glance at the rooms and reveled for a moment in the minor thrill of being in a king’s giant tomb. Then I hightailed it out of the pyramid so I could get some fresh air. Despite the fact that fresh air is pumped into the tomb, I was still coughing as I went back up.

After visiting the Red Pyramid, I talked to other tourists who had already paid extra to go inside the Pyramids of Giza.

They told me that going inside those pyramids yields the same collection of brick walls and narrow passageways, with only one difference: There are a lot more people.

I decided to skip it.

This article is from ScienceAlert’s new Voice section, where we approach science with a more personal touch. The views reflected here don’t necessarily reflect the views of the publication.

Ancient Goo Spills The Secrets of How The Egyptians Mummified Their Dead
Intriguing Meteorite From Mars Reveals ‘Huge Organic Diversity’, Scientists Say
We Can Now Hear The ‘Sound’ of One of The Most Beautiful Stars
Astronomers Find What May Be a Habitable World 31 Light-Years Away
Bigfoot Has a Very Simple Explanation, Scientist Says