A science teacher from a remote village in Kenya has won a US$1 million global prize recognising and celebrating the impact and importance of the world’s best educators.

Peter Tabichi, a maths and physics teacher from Kenya’s famine-prone Rift Valley, was selected out of 10,000 teachers from almost 180 countries to win the Varkey Foundation Global Teacher Prize 2019.

“I’m immensely proud of my students, we lack facilities that many schools take for granted,” Tabichi says.

“So as a teacher, I just want to have a positive impact not only on my country but on the whole of Africa.” 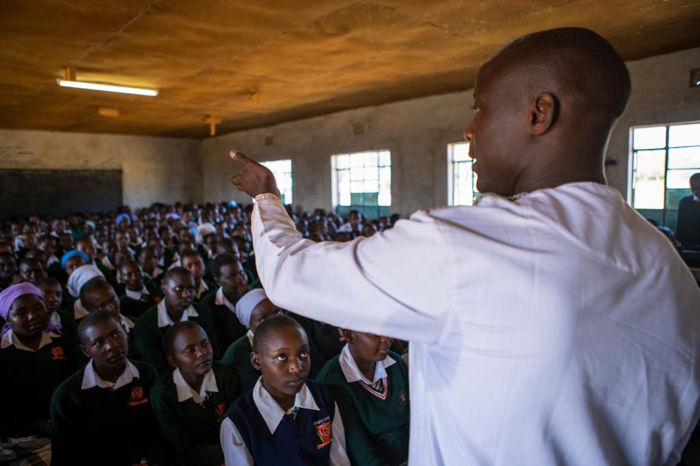 Tabichi, 36, teaches at Keriko Mixed Day Secondary School in a remote town called Pwani Village, where approximately 95 percent of students live in poverty, and about one-third are either orphans or have only one parent.

In this difficult educational environment, marked by delinquency and children dropping out of school, Tabichi introduced a Talent Nurturing Club, while expanding an existing Science Club: positive steps that helped enrolments to double inside three years.

But attendance isn’t the only thing going up; so is Keriko Mixed Day Secondary School’s reputation for scientific achievement.

Under Tabichi’s mentorship, students from Pwani Village came first in the public schools category of Kenya’s Science and Engineering Fair last year, with a device that enables blind and deaf people to measure objects.

Keriko students also won an award from the Royal Society of Chemistry, with a project that generates electricity from plants, and qualified for the Intel International Science and Engineering Fair 2019, being held in Phoenix, Arizona in May.

These feats are even more impressive when you consider that the school only has one computer, with intermittent internet access.

For many of these children, who are sometimes unlikely to get enough food at home before attending their classes, and who grow up in a community wrestling with drugs, crime, teen pregnancies, and youth suicide, Tabichi’s efforts have been literally life-changing, significantly boosting the school’s numbers of pupils continuing on to university study. 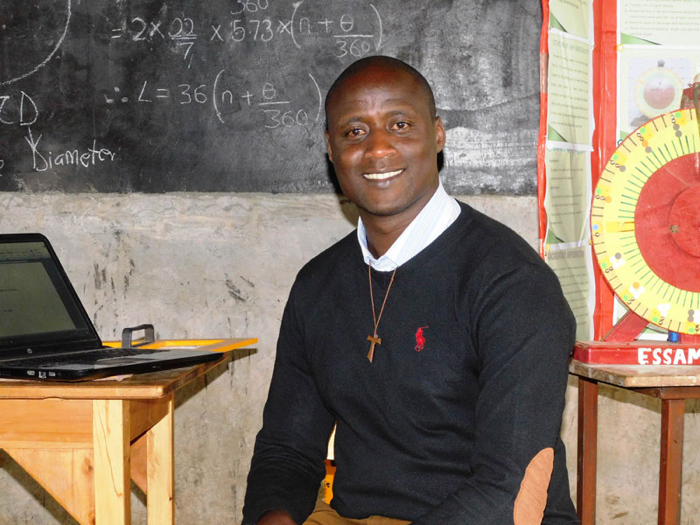 In addition, Tabichi, who is also a Franciscan Brother, started a Peace Club at the school, to help integrate students from seven different tribes, all of which attend Keriko Mixed Day Secondary School, and introduced a common program for prayer and worship during school assembly, embracing the religions practised by different students.

Just what the teacher will do with his US$1 million prize money is unclear, but it will almost certainly involve education and charity. Tabichi already donates 80 percent of his teaching salary to local community projects, including his school, and the development of sustainable agriculture in Pwani Village.

For Tabichi, the rewards of his work are self-evident.

“Seeing my learners grow in knowledge, skills and confidence is my greatest joy in teaching,” he says.

“When they become resilient, creative and productive in the society, I get a lot of satisfaction, for I act as their greatest destiny enabler and key that unlocks their potential in the most exciting manner.”

Winning the award, which was presented during a ceremony hosted by Hugh Jackman in Dubai on Sunday, Tabichi said his experiences showed him that “Africa’s young people will no longer be held back by low expectations”.

“Africa will produce scientists, engineers, entrepreneurs whose names will be one day famous in every corner of the world,” he said.

“And girls will be a huge part of this story,” he added – a reference to the fact that female students are now outperforming boys in tests at Keriko Mixed Day Secondary School; another turnaround on his watch.

It’s a proud day for Peter Tabichi, and for all inspired by his teachings.

“You are a shining example of what the human spirit can achieve,” Kenya’s president, Uhuru Kenyatta, said in a message of congratulations.

Archaeologists Find Hidden Ruins of ‘Complete’ Roman-Era City in Egypt
Could ‘The Last of Us’ Ever Happen? The Real Risks of a Fungus Pandemic
Intriguing Meteorite From Mars Reveals ‘Huge Organic Diversity’, Scientists Say
The Mysterious Asymmetry of Jupiter’s Asteroids May Finally Be Explained
‘Extraordinarily Close’ Asteroid About to Zoom Past Earth, NASA Says