Archaeologists have uncovered a “treasure trove” of artifacts as another major ice patch melts away in the Norwegian mountains, revealing a total of 68 arrows and many more items from an ancient reindeer hunting site.

The earliest finds go back some 6,000 years, according to radiocarbon dating. They include reindeer bones and antlers, as well as scaring sticks used to herd the animals into spots where they could be more easily hunted.

Finds like this are becoming increasingly common as global temperatures rise – especially underneath static patches of ice, which don’t move around and break up objects in the same way that glaciers do. As the planet’s future becomes more uncertain, more of its past is being revealed.

“It is the ice site in the world with most arrows, and by a large margin,” writes archaeologist Lars Pilø, from the Department of Cultural Heritage at Innlandet County Council in Norway. “Doing fieldwork here and finding all the arrows was an incredible experience, an archaeologist’s dream.”

“I remember telling the crew: ‘Enjoy the moment as much as you can. You will never experience anything like it again.'”

The potential discoveries were so significant that the group of researchers kept the location of the site – the Langfonne ice patch in the Jotunheimen mountains – a secret for years, until all the artifacts had been recovered.

The dates of the finds stretch from the Stone Age to the Medieval period, with different patterns across different time periods. Most of the arrows are from Late Neolithic (2400-1750 BCE) and Late Iron Age (550-1050 CE) eras.

In trying to piece together some of the history of the area from the discoveries, the researchers had to take a lot of different factors into account: the movement of ice and meltwater, the impact of winds and exposure, and so on. 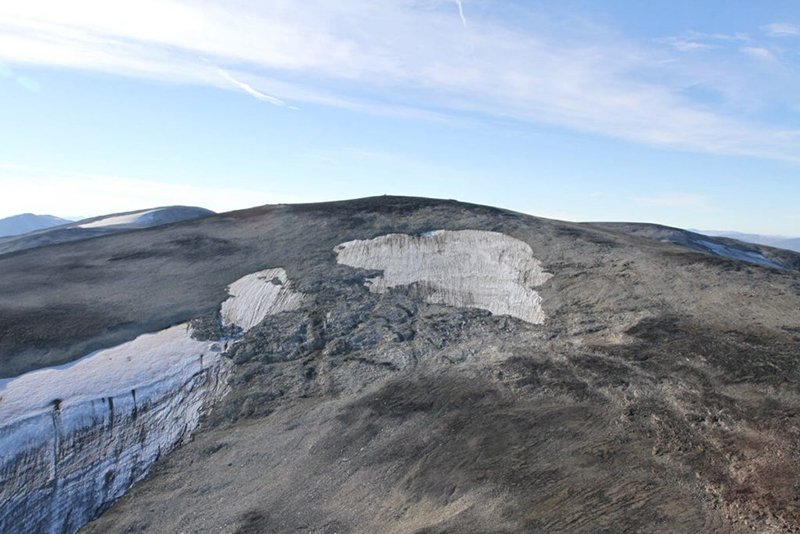 The elements are likely to have moved most of the artifacts from the site already, according to the team, while other items are still fixed in place – such as the scaring sticks that would have led reindeer to a spot to the northeast of the ice patch.

“It is important to keep in mind that ice patches are not your regular archaeological sites,” writes Pilø. “They are situated in the high mountains in a cold and hostile environment. The forces of nature are on a very different scale up here than on normal archaeological sites in the lowlands.”

The way that some of the arrows have been crushed suggests ice patches do in fact move more regularly than previously thought, an idea backed up by a survey of the site taken using ground-penetrating radar. We’re learning more about how climate works, even as we’re failing to properly manage it.

The Langfonne ice patch is now less than a third of the size it was 20 years ago, and has split into three separate sections – there’s estimated to be around 10 percent of the ice cover here than there was in the Little Ice Age (from the 15th to the 20th century).

Considerable detective work is required to figure out how the condition and location of these finds point to the movements of ice, reindeer, and people. The researchers think that reindeer hunting intensified just before the Viking Age (from around 800 CE), but there’s still a lot to learn.

“The study provides the first cohesive framework for understanding how archaeological finds from the ice are impacted by natural processes, and in turn in what way we can interpret the finds,” Pilø told Earther.

“Very basic stuff really, questions that have been solved a long time ago in other areas of archaeology. But then again, melting ice patches are not your regular archaeological sites. This is the first step.”

The research has been published in the Holocene.

Bacteria Can Use Plastic Waste as a Food Source, Which Isn’t as Good as It Sounds
JWST Has Found Life’s Elemental Building Blocks in The Depths of Darkest Space
Scientists Reveal The Most Distant Galaxy We’ve Ever Found
‘Extraordinarily Close’ Asteroid About to Zoom Past Earth, NASA Says
Ripples in Space-Time Could Actually Reveal When Time Began