For over 1,000 years, the ancient Maya city of Tikal stood tall, embodying one of the largest and most important urban centres ever built by this enigmatic and enduring pre-Columbian civilisation.

By the late 9th century CE however, this Maya metropolis was unravelling. Around this time, Tikal and a number of other Maya cities were abandoned, and a new analysis of Tikal’s reservoirs lends important new insights into why the city’s ancient exodus may have occurred.

A team led by scientists at the University of Cincinnati analysed sediment from reservoirs within the ancient city – located in modern day Guatemala – and found evidence of toxic contaminants that would have made Tikal’s drinking water undrinkable.

For a sprawling city prone to severe droughts – and cut off from lakes and rivers – polluted rainwater collectors could have spelt the end for Tikal’s thousands of inhabitants, estimated to number up to 100,000 people at the city’s peak. 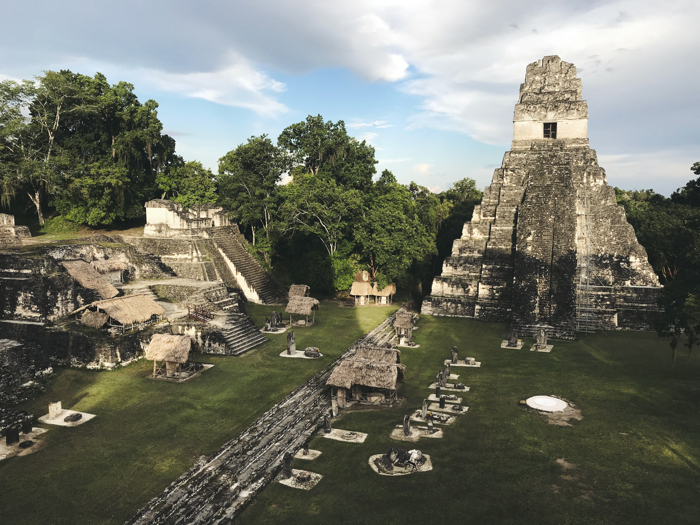 Tikal and its Temple of the Jaguar, as it stands today. (Jimmy Baum/Unsplash)

“The conversion of Tikal’s central reservoirs from life-sustaining to sickness-inducing places would have both practically and symbolically helped to bring about the abandonment of this magnificent city,” the researchers write in a new paper.

To explore how Tikal’s reservoir systems sustained (and failed to sustain) the city’s populace, the research team, led by biologist David Lentz, sampled sediment collected from 10 of the city’s reservoirs.

Analysis of DNA still contained in the ancient dirt revealed traces of two different kinds of cyanobacteria (blue-green algae) in the reservoirs.

The evidence suggest these organisms – Planktothrix and Microcystis – existed in the reservoirs for centuries during Tikal’s occupation, but likely became particularly problematic in blue-green algal blooms during periods of severe dryness just prior to Tikal’s abandonment in the mid-9th century CE.

“The water would have looked nasty. It would have tasted nasty,” says one of the team, archaeological geologist Kenneth Tankersley.

“There would have been these big blue-green algae blooms. Nobody would have wanted to drink that water.” Bugs in the water weren’t the only source of toxicity. The analysis also revealed high levels of mercury in the sediment.

After ruling out potential sources of mercury pollution from the natural environment (mercury leaching into water reservoirs from underlying bedrock, or falling onto them via volcanic ash), the researchers realised it was the Maya themselves who likely introduced the contaminant.

“Colour was important in the ancient Maya world,” Tankersley says. “They used it in their murals. They painted the plaster red. They used it in burials and combined it with iron oxide to get different shades.”

Unfortunately for the Maya, one of the ingredients they used in their paints was the red-coloured mineral cinnabar, which is a form of mercury sulfide, and toxic to humans who come into contact with it.

This toxicity may have been known to the Maya, as it was known by other ancient peoples, but however safely they handled it, they might never have realised that over time, rainwater washed dangerous levels of the toxic pigment from painted surfaces into the city’s reservoirs – poisoning even the city’s elite, who lived near Tikal’s Palace and Temple reservoirs.

“As a result, the leading families of Tikal likely were fed foods laced with mercury at every meal,” the authors explain.

“Contaminated waters would have had a negative impact on the health of the community, especially the ruling elite, and may have compromised their ability to lead effectively.” In the same time period, climatic aridification and environmental degradation were also huge problems for the Maya, but the lack of fresh drinking water – a potent symbol in the culture – may have been the final straw in a drought-stricken, polluted city on the verge of collapse.

“There may well have been those who saw the events described above and the concomitant droughts as a failure of their leaders to adequately appease the Maya gods,” the researchers write.

“Indeed, these events coming together must have resulted in a demoralised populace who, in the face of dwindling water and food supplies, became more willing to abandon their homes.”

For the first time in 18 years, 5 planets and the Moon are about to line up in the sky
Cold-Blooded Animals May Hold the Key to Long Life. A Huge Study Just Tried to Find It
This Ancient Vampire of The Deep Ocean Really Sucked
There’s a surprising similarity between the brains of humans and octopuses
New DNA technology is shaking up the branches of the evolutionary tree