It was 5,000 years ago. In Africa’s shifting environment, an early society came together on the shores of Kenya’s Lake Turkana, and they built something so rare and remarkable, researchers have never seen anything quite like it.

Five millennia later, an international team of archaeologists has now uncovered what this ancient structure was: a massive, monumental cemetery, the earliest and largest of its kind in eastern Africa.

But what’s amazing about this communal grave – called the Lothagam North Pillar Site – isn’t so much the mass cemetery itself, but the remains of the almost 600 dead who were laid to rest inside it.

Tightly arranged in the mortuary cavity of a platform mound measuring 30 metres (almost 100 ft) in diameter, an estimated minimum of 580 individuals were buried – including men, women, children, and the elderly. 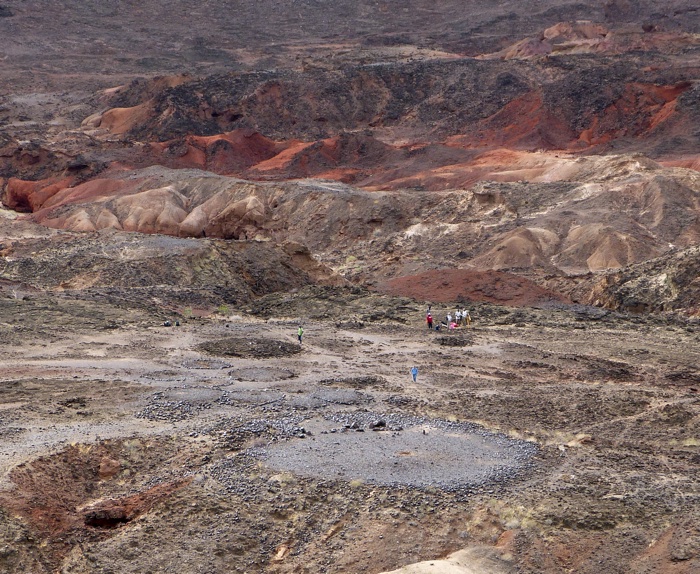 In short, these people – the remains of an early pastoralist community who lived thousands of years ago – were buried alongside one another all in the same way, with no evidence of special treatment reserved for anyone, under large megalith pillars of stone.

While mass graves are common throughout history, the megalith adornments seen here are almost always the marker of a complex, stratified social hierarchy, a community divided between haves and have-nots.

But here, beside Lake Turkana, these early herders from an egalitarian, free society honoured (or at least denoted) their dead with monumental architecture and without any of the trappings of social stratification.

“This discovery challenges earlier ideas about monumentality,” explains mortuary archaeologist Elizabeth Sawchuk from Stony Brook University and the Max Planck Institute for the Science of Human History in Germany.

“Absent other evidence, Lothagam North provides an example of monumentality that is not demonstrably linked to the emergence of hierarchy, forcing us to consider other narratives of social change.” The communal cemetery site, in a region known as the Turkana Basin, is thought to have been in use between about 5,000 to 4,300 years ago.

The megalith pillars used to mark the grave were sourced from up to a kilometre away from the site, along with smaller stone circles and cairns added around the cemetery.

While none of the bodies laid to rest inside the communal tomb were seemingly buried with any preferential or differential treatment, all of the individuals were buried with personal ornaments – including stone pendants, earrings, and other objects – distributed approximately equally throughout the grave.

As for how the mass cemetery came to be, the researchers speculate the grave may have been founded during a period of environmental and societal change.

As pastoralism spread throughout what we now know as Kenya, herders and their animals would have encountered fisher-hunter-gatherer groups. 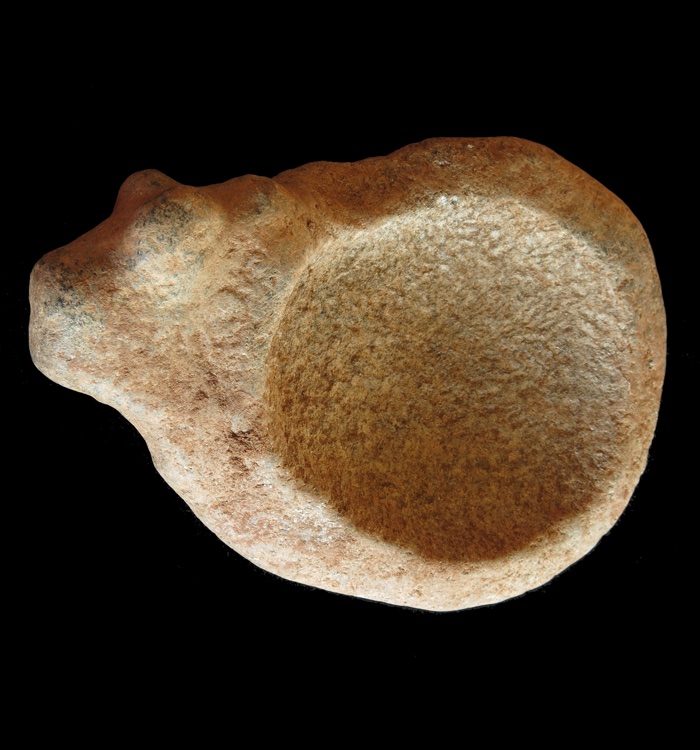 In the period before Lake Turkana stabilised, while these peoples began to mingle, decreasing annual rainfall saw the body of water shrink by as much as half.

Against this backdrop, the researchers hypothesise the egalitarian cemetery site may have been built as a kind of meeting point, where herders and hunters alike from a society in flux could come together for a variety of social purposes.

“The monuments may have served as a place for people to congregate, renew social ties, and reinforce community identity,” explains one of the team, anthropological archaeologist Anneke Janzen from the Max Planck Institute for the Science of Human History.

Centuries later, once the lake’s water levels settled, the cemetery was no longer used, but its original purpose – enabling new information to be shared between different peoples – is still being fulfilled to this day.

“This finding makes us reconsider how we define social complexity,” explains one of the team, Elisabeth Hildebrand from Stony Brook University.

“And the kinds of motives that lead groups of people to create public architecture.”

The findings are reported in Proceedings of the National Academy of Sciences.

Earth’s Inner Core May Right Now Be in The Process of Changing Direction
Mysterious White Clouds Keep Popping Up Near The Bahamas, And No One Knows Why
An Expert Explains Why The Radioactive Water Stored at Fukushima Should Be Released
Scientists Have Built a Macroscopic Tractor Beam Using Laser Light
Scientists Create Shapeshifting Humanoid Robot That Can Liquefy And Reform