As our world continues to heat up dangerously, researchers are investigating the past to see how climate change affected our species in previous eras. A new study has revealed several human migrations into Arabia over the last 400,000 years.

These migrations were driven by the same type shift in climate: an increase in rainfall over the Arabian Peninsula that connects Africa and Eurasia. The change appears to have been responsible for at least five phases of people moving, as hominids began to make journeys outside of Africa.

In excavations at sites that were once ancient lakes, in the Nefud Desert in northern Saudi Arabia, archaeologists discovered collections of stone tools and animal fossils.

Once dated, they revealed previous migratory patterns across hundreds of thousands of years.

“Arabia has long been seen as an empty place throughout the past,” says archaeologist Huw Groucutt, from the Max Planck Institute for the Science of Human History in Germany.

“Our work shows that we still know so little about human evolution in vast areas of the world and highlights the fact that many surprises are still out there.” 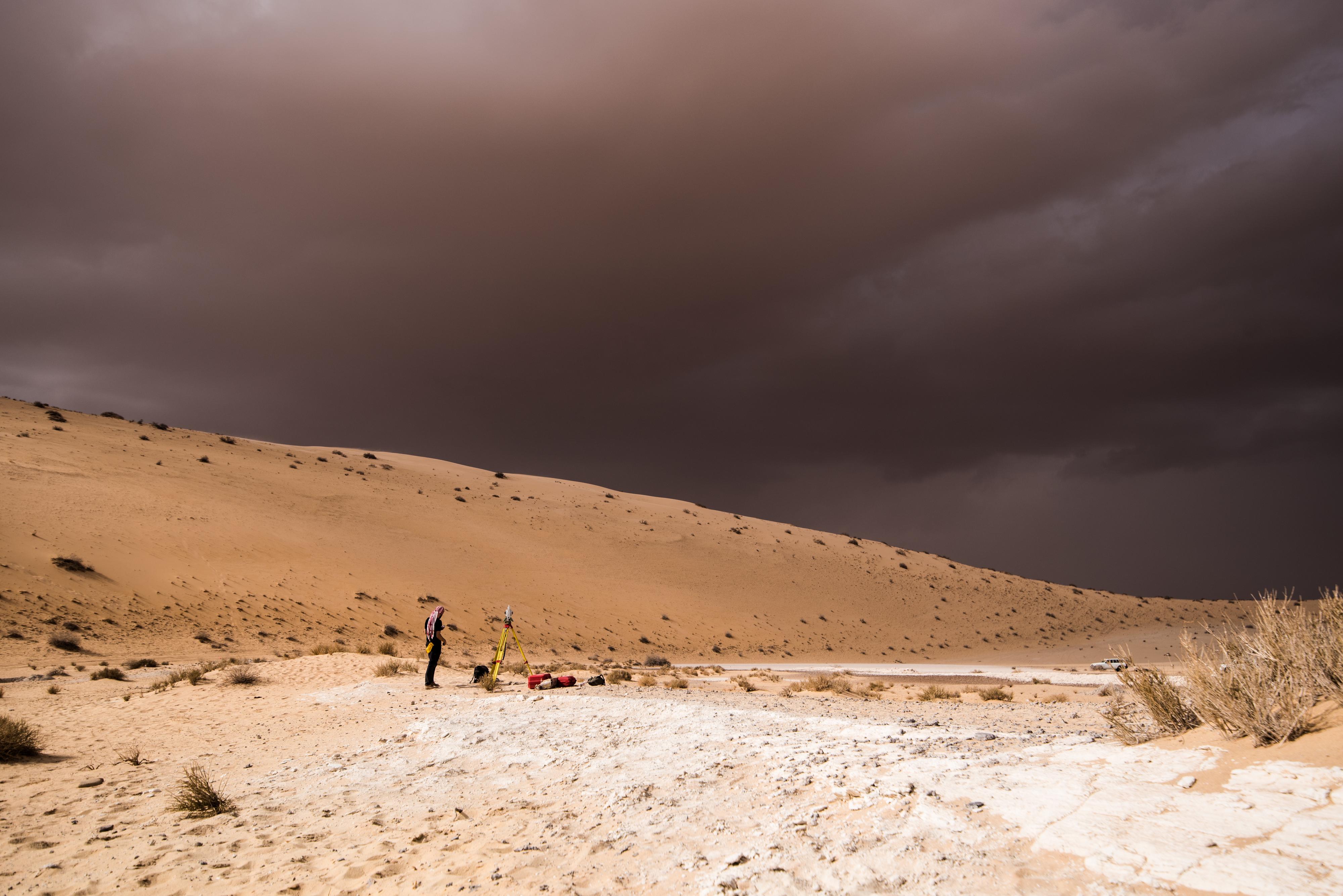 Above: A storm arrives during archaeological excavation of the remains of ancient lake in northern Saudi Arabia.

Some of the recovered artifacts represent the oldest known dated hominin occupation in Arabia, and the migrations can be split into two groups: those with earlier Acheulean technology (like simple hand axes) and those with later Middle Palaeolithic technology (more advanced axes and cleavers).

The bursts of migratory activity are marked at 400, 300, 200, 130-75, and 55 thousand years ago, when the arid Arabian wilderness would have been turned into more hospitable grasslands by the arrival of more regular rainfall.

Luminescence dating, where light is used to stimulate tiny grains of sediment and work out when they were last exposed to sunlight, was used to mark these periods and track the movement of humans and other animals (including hippos) over time.

The researchers say that what they’ve uncovered suggests Arabia was colonized by a diverse set of hominins, perhaps even different species, as well as demonstrating how changes in climate push and pull people into different parts of the world. 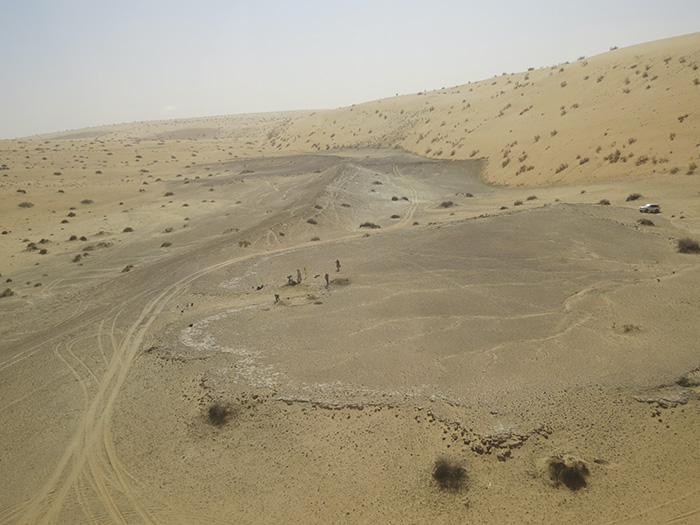 Above: The site of Khall Amayshan 4 in northern Saudi Arabia, where evidence of repeated visits by early humans over the last 400,000 years was found, associated with the remains of ancient lakes.

In the case of Arabia over the last 400,000 years, it seems as though the dispersal of populations was a matter of opportunity, as communities noticed the changing habitats around them and moved accordingly.

Up until around 10 years ago, very little was known about when and how humans settled on the Arabian Peninsula beyond the past ten thousand years, but this new study adds to the growing collection of records that stretch back further than that.

“It’s remarkable: every time it was wet, people were there,” says archaeologist Michael Petraglia, from the Max Planck Institute for the Science of Human History.

“This work puts Arabia on the global map for human prehistory.”

Researchers finally tracked down the source of the deadly Pacific Ocean ‘blob’
The largest star in the Milky Way is slowly dying, and astronomers are watching
Cold-Blooded Animals May Hold the Key to Long Life. A Huge Study Just Tried to Find It
Know your partner’s love language? One study suggests it could make a big difference
The largest bacterium has been found. It’s eyelash-length and like nothing we’ve seen