To the disgust of many of our readers, we recently discovered that keeping leeches as pets is actually a thing.

And yeah, it’s certainly… a bit different. But in light of humanity’s disconnect with nature, and our concerning lack of knowledge about parasitic creatures, the idea that some of us are nurturing these parasites is also, uh, fascinating.

He explained how individual leeches have their own unique personalities, with some being more adventurous and others more shy.

“Some like to try and sneak a feed more often than others, haha! But once they’re full, they’re content to sit and rest for a bit out of water if handled gently,” he said.

Khomjani has four of these squishy vampires, including Leara who is pictured below. The species he keeps is one of the larger types: buffalo leeches (Hirudinaria manillensis) from Asia. 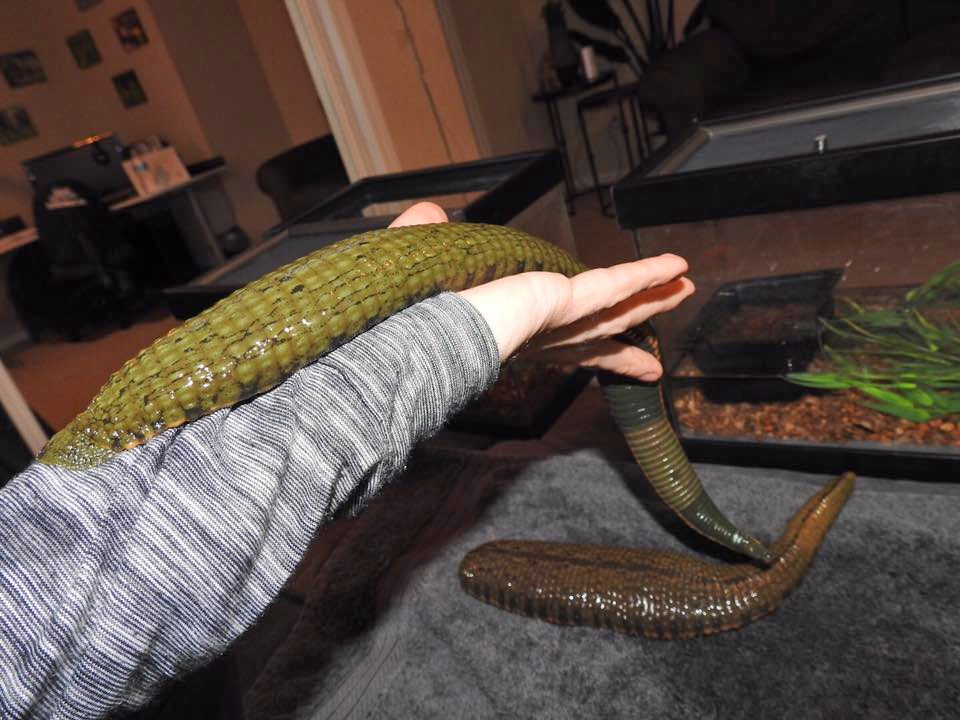 There are over 600 leech species worldwide and most, but not all of them, are blood suckers. Others, like worm leeches (Pharyngobdellida), are predators that swallow their invertebrate prey whole, while some species are detritivores that eat organic debris.

These wriggly sausages can have up to eight pairs of ocelli (eye spots), which they use to detect the shadows of potential prey. Their brain bits are spread across 32 body segments, and they are hermaphrodites, so each individual leech has both male and female organs, although they still require a mate to breed.

If a hungry parasitic leech senses your body heat or the CO2 in your breath, it can loop its way towards you by using its mouth and butt suckers. Yes, you read that right, their butts suck, too. 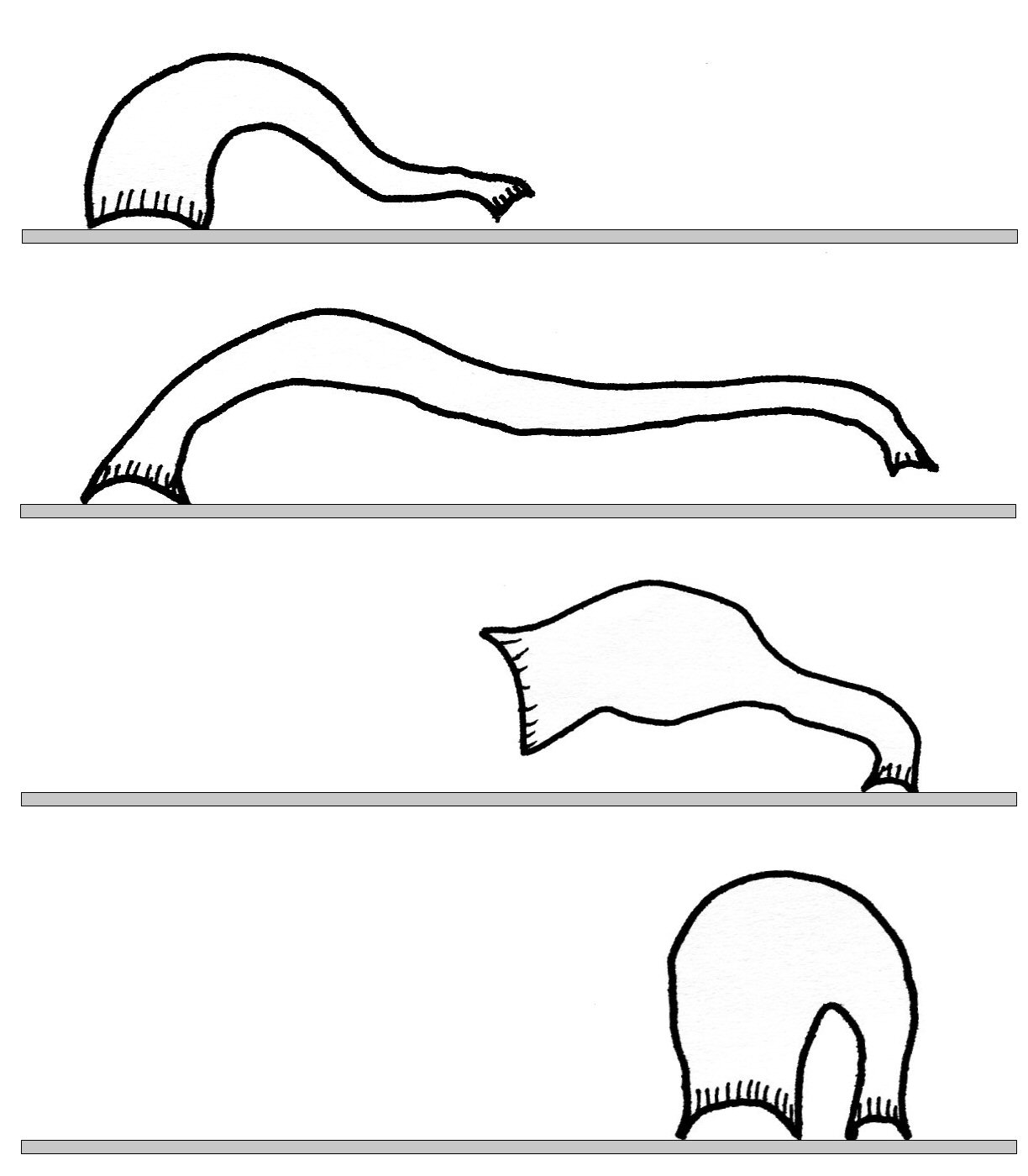 If it finds a suitable bit of host, the leech will inject its saliva – which contains anaesthetic and anti-blood clotting compounds – before biting down with two- or three-pronged serrated jaws.

“Once they get feeding you don’t even feel it, even with the large buffalo leeches,” explained Khomjani, although the initial bite can hurt a bit. They can go up to a year between feeds, but leech sellers recommend feeding the larger species every 3-6 months.

Of course, as with anything involving direct contact with your bloodstream, feeding a leech your own blood should not be attempted without first seeking advice from a doctor. Some people are allergic to leech saliva and there’s always a risk of catching an infection from them.

Khomjani tols us that while most bite wounds heel without a scar, due to the anti-coagulants in the leech saliva, it can sometimes take several days for a bite to stop bleeding. But it’s exactly these saliva properties that have long made leeches of interest to humans.

“Leeches have been linked with human culture, particularly in Europe, for centuries,” parasitologist Mackenzie Kwak from National University of Singapore told ScienceAlert.

In fact, we have been keeping leeches, primarily for medical purposes, for around 3,000 years. During the Victorian era (in the 1800s) they were recommended for treating everything from headaches to nymphomania.

This craze led to a rather absurd battle between rival pharmacies, who produced increasingly elaborate leech jars in order to entice customers to choose their product.

They were ridiculous, huge, over the top, and not really even practical for storing the escape artist leeches at all. But ultimately it was all about appearances, and a more eye catching display meant more customers.

Here’s some photo examples of this madness.

This historic use of leeches severely reduced medicinal leech (Hirudo medicinalis) populations across Eurasia, so this species is now protected.

Today, leeches are still kept for use in both human and animal medicine around the world and are approved by the US Food and Drug Administration (FDA) as “medical devices“.

“The leeches are applied to the site and suck away the congested blood to allow for blood flow to the peripheries to keep the surgical site viable.”

The hospitals keep 100-200 leeches to make use of this blood-vessel clearing ability. These leeches are sourced from captive bred populations raised in controlled environments, to help minimise the potential risk of infection. 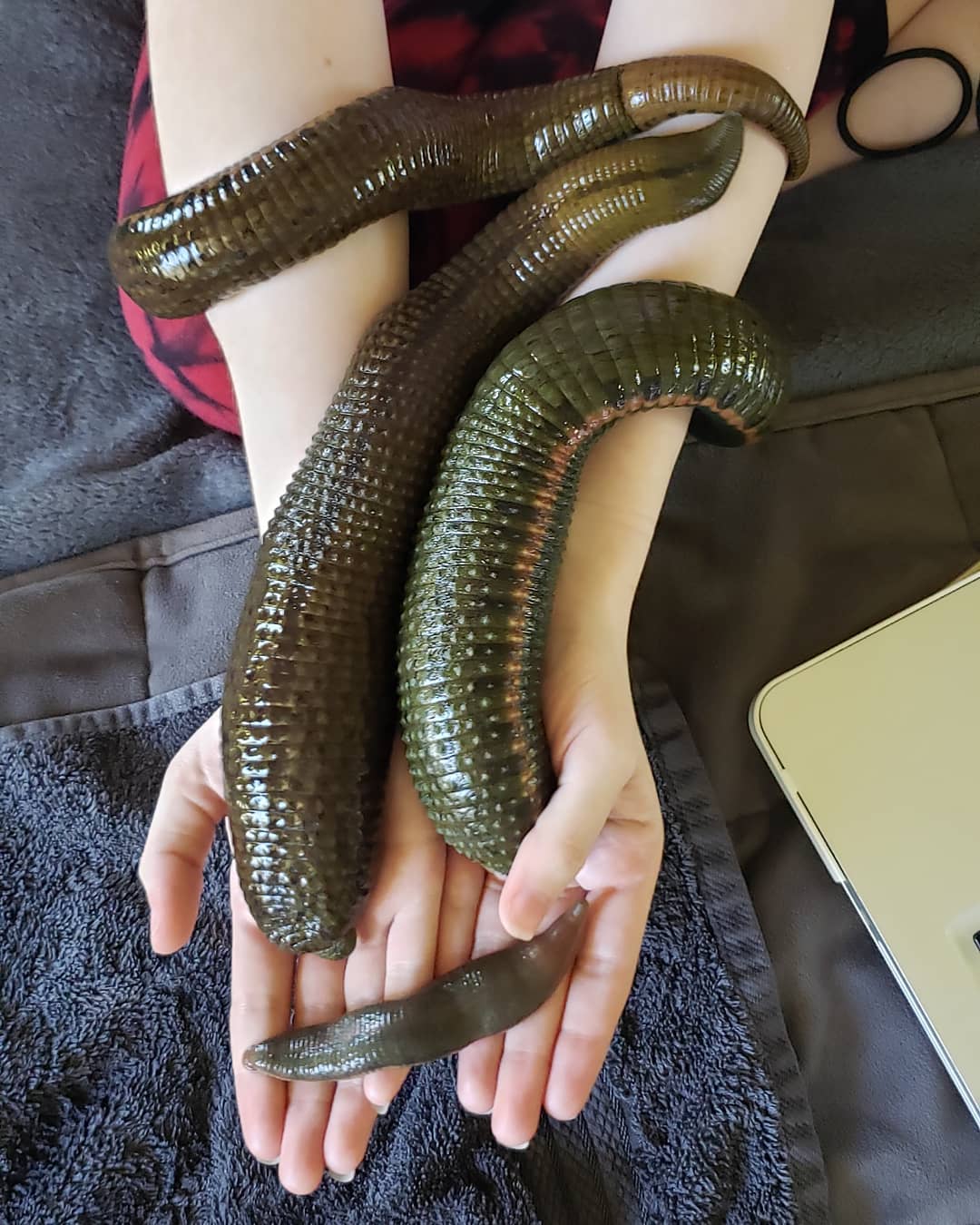 If the idea of keeping one of these little Draculas intrigues you, but you’ve no interest of offering yourself up as a meal, there are various accounts online of pet leeches being fed raw liver or heated blood from the butcher.

“Provided the blood [is] fresh and not treated with any preservatives or anything like that, I could see that sort of thing potentially working,” Kwak told ScienceAlert, pointing out that parasitologists and medical entomologists have been using similar techniques to maintain parasites in laboratories for decades now.

He believes “pet leeches are a marvellous way to learn about parasites, and on a broader level, to appreciate how intricate and bizarre the natural world can be.”

When asked about people’s negative reactions to his pets, Khomjani replied, “could you imagine the outrage if someone talked about dogs and cats the way you see them talk about leeches?”

Tiny Bubbles of an Ancient Ocean Found Trapped Inside Rocks in New York
Mummies With Golden Tongues Discovered in Ancient Egyptian Necropolis
Bats Growl at Each Other Like Death Metal Singers And It’s Probably Not Out of Love
We May Have Detected New Organic Compounds in Martian Rocks
‘Holdout Humans’: Chilling Glimpse Into Our Future if We Survive Another Million Years