While his findings and methods have since been disputed, it turns out Thomas was almost right – with new results from a painstaking eight-year excavation project finally identifying where the mysterious megaliths originated.

A study led by researchers from University College London (UCL) provides new evidence to confirm that Stonehenge’s ‘bluestones’ (not to be confused with its even larger sarsen trilithons) came from Pembrokeshire’s Preseli Hills in West Wales.

Two separate quarries called Carn Goedog and Craig Rhos-y-felin in the Preseli Hills – which lies approximately 230 kilometres (about 140 miles) to the west of Stonehenge – have been identified as the “exact geological sources” of the bluestones, the team claims in their new paper. 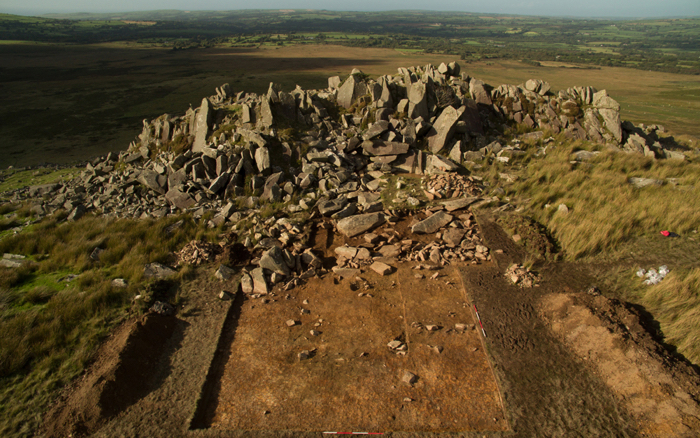 Thomas had originally proposed the stones originated at a different site called Carn Menyn, the largest dolerite outcrop in the region.

Of course, while one mystery appears to be wrapped up, other even bigger questions remain outstanding.

“What’s really exciting about these discoveries is that they take us a step closer to unlocking Stonehenge’s greatest mystery – why its stones came from so far away,” says UCL archaeologist Mike Parker Pearson.

“Every other Neolithic monument in Europe was built of megaliths brought from no more than 10 miles (16 kilometres) away. We’re now looking to find out just what was so special about the Preseli hills 5,000 years ago, and whether there were any important stone circles here, built before the bluestones were moved to Stonehenge.”

Investigations at the sites reveal that of the two quarries identified, Carn Goedog, on the north slope of the Preseli Hills, was the main source of Stonehenge’s spotted dolerite bluestone, while the outcrop at Craig Rhos-y-felin provided rhyolite specimens.

We don’t know why these huge bluestone pillars, once extracted from these outcrops, were then transported such a great distance to end up at Stonehenge.

But the researchers do have some ideas on that front, although they’re still entirely speculative.

“It is making us think that this was part of a coordinated and unified operation that extended across southern Britain and that Stonehenge’s purpose was to unify the two cultures (east and west) of Neolithic Britain,” Pearson told Atlas Obscura.

The researchers also hypothesise how the feat could have been achieved, thanks to evidence of remnants of human-made stone and earth platforms found at the sites.

“Bluestone pillars could be eased down onto this platform, which acted as a loading bay for lowering them onto wooden sledges before dragging them away,” says one of the team, archaeologist Colin Richards from Scotland’s University of the Highlands and Islands.

The research also gives us a clearer impression of when all this heavy work was conducted.

“The dating evidence from the bluestone quarry sites at both Carn Goedog and Craig Rhos-y-felin arguably places monolith extraction in the second half of the fourth millennium BC,” the authors explain.

“Most of the prehistoric dates for Carn Goedog fall within the period c. 3350–3000 cal BC, while those for Craig Rhos-y-felin provide a slightly longer chronological span.”

The research also suggests that Stonehenge’s pillars weren’t transported to their eventual destination by sea – as some have previously hypothesised – given the land route would have ultimately been more direct.

But while the megaliths were certainly transported somehow from the Preseli Hills, quite how they were handled beforehand remains another mystery, especially given the outcrops’ proximity to Banc Du – a neolithic enclosure and gathering place.

“Almost 100 years ago, the geologist H.H. Thomas speculated that the bluestones had initially been incorporated into a ‘venerated stone circle’ somewhere in Preseli, before making their momentous journey to Salisbury Plain,” the authors write.

Quite what it all adds up to remains to be seen, but Stonehenge’s origin story is far from yet being told in full.

“I think the important thing is realising that the quarries aren’t just there in isolation, that they’re actually part of a larger ceremonial landscape, which includes the gathering place,” Pearson told Live Science.

“There’s also a concentration of Neolithic tombs in that area.”

The findings are reported in Antiquity.