After several years of controversy and debate, researchers in Sweden are more convinced than ever that female Viking warriors once existed.

Re-examining a contentious discovery from 2017, the researchers have again determined that the ancient Birka skeleton, found in a 10th-century Viking warrior tomb, did, in fact, belong to a biological female.

“The buried person has always carried two X chromosomes, even if this was unknown before our recent work,” the authors write, “the occupant of [this grave] will never be biologically male again.”

It’s an assumption that has persisted from the very beginning. Ever since the grave was first discovered in 1878, the remains were thought to belong to a high-status warrior, and that archetypal warrior was assumed to be male.

The individual was buried alongside professional weapons and war-gear of excellent quality, and a full gaming set like those found previously in the graves of military leaders. Nearby were other graves, also filled with weapons, and the whole site was situated outside the gate of a fortress. It was surely a male environment.

In archaeology, however, modern gender stereotypes like this may have been clouding our better judgement. In the past, leading archaeologists often didn’t even bother to perform bone analyses on human remains, instead assigning a sex by looking solely at the grave contents.

This is what appears to have happened with the Birka skeleton at first. 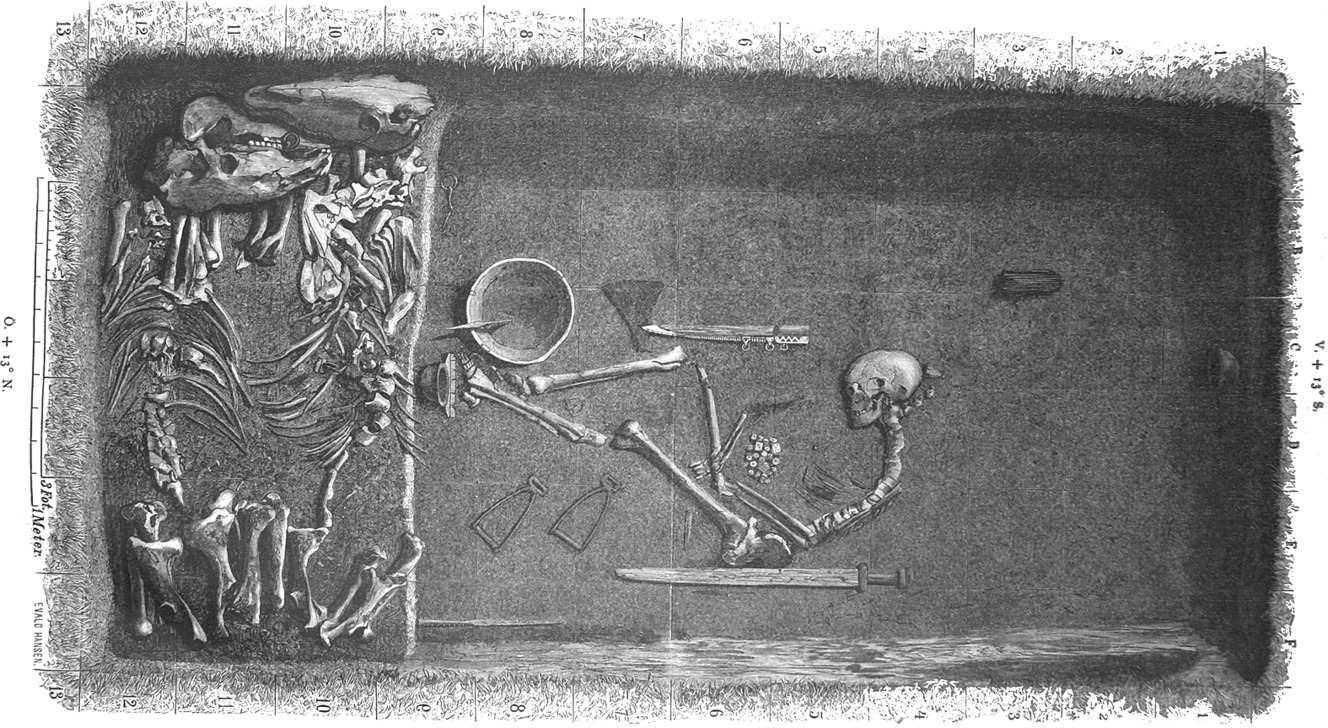 “It is important to remember that when [the grave] was recorded, male biological sex was not only conflated with a man’s gendered identity, but also that warriorhood was presumed to be an exclusively masculine pursuit,” the authors explain.

“The same interpretation would undoubtedly have been made had no human bone survived at all.”

In 2017, an analysis of the bone’s ancient DNA revealed that the skeleton was actually female, and that Viking women warriors must have existed outside of mythology.

The findings blew up, gaining worldwide attention, unprecedented public debate and plenty of criticism, including the idea that the researchers had ‘gone looking’ for female Viking warriors, or hadn’t even analysed the correct skeleton.

The researchers, however, are sticking to their guns. They insist that they had indeed analysed the correct individual who had been buried alone, and note in their follow-up analysis that some critics are only questioning the warrior interpretation of the skeleton now that the individual is believed to be female.

“We feel no intrinsic need for there to have been a female warrior buried in the grave, nor for such individuals to have existed more widely,” assure the researchers.

“We simply find it interesting that this seems to have been the case. In the course of our research – and even more so after the 2017 publication – it has been enlightening to discover how many people apparently need that not to be so.”

While the researchers only have one example of a female Viking warrior on their hands, they said they’d be surprised if the Birka individual was alone in the Viking world.

Instead they think it’s reasonable that other women may have taken up arms alongside men at certain times and maybe even risen to positions of command. The Birka skeleton, for instance, was buried with high quality clothing and a gaming set, both of which imply that she may have had a position of power.

“Currently, the figure of the woman with weapons seems to be an exception, but this does not mean that she can be deconstructed out of existence – especially on the basis of Pavlovian scepticism,” the authors write.

“She adjusts and nuances our interpretations, and challenges our stereotypes. She adds still further dimensions to our understanding of the Viking Age as a time of critical cultural transformation and social encounter.”

This study has been published in Antiquity.

Bacteria Can Use Plastic Waste as a Food Source, Which Isn’t as Good as It Sounds
This Asteroid Has Survived For 4 Billion Years. That Could Be a Huge Problem
There’s a ‘Lost City’ Deep in The Ocean, And It’s Unlike Anything We’ve Ever Seen
Scientists Have Built a Macroscopic Tractor Beam Using Laser Light
Scientists Create Shapeshifting Humanoid Robot That Can Liquefy And Reform