Everybody knows the physical feeling of acceleration: the surging sensation as we pick up speed while moving from one place to another. But few of us know what it might be doing to our bodies.

In a new study, scientists investigated the physiological effects of acceleration in a small experiment, where participants simply drove themselves around town in the metropolitan setting of Bryan-College Station, Texas.

Driving conditions were good – light traffic and fair weather. But while the trips seemed unremarkable on the surface, the in-car ride revealed something else entirely.

According to the researchers, about half the volunteers in the experiment experienced a form of hyperarousal – an elevated stress response triggered by the frequent stopping and starting of simply driving around town, even at relatively slow speeds.

“We call the phenomenon ‘accelarousal’,” explains computational physiologist Ioannis Pavlidis from the University of Houston.

“Accelarousal is what we identify as stress provoked by acceleration events, even small ones.” 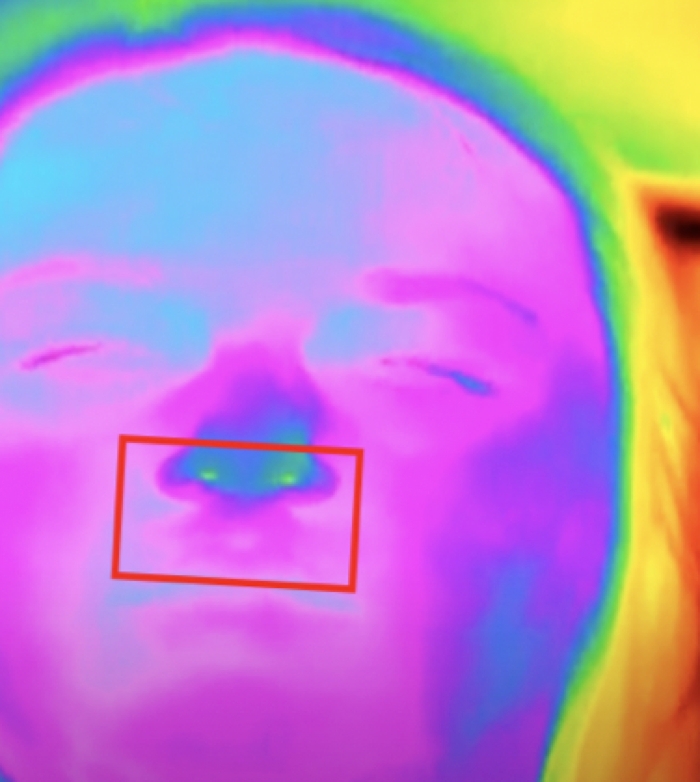 ‘Accelarousal’ almost sounds like something out of The Fast and the Furious, but this is not a pleasurable or positive kind of arousal. In this context, hyperarousal is a form of acute stress response, indicative of drivers feeling overloaded by stressors that may be hidden, but which can be revealed by readings of electrodermal activity and heart rate.

In this experiment, 11 participants had their stress response monitored by an in-car thermal imaging camera, which measured levels of perinasal perspiration, an involuntary facial response indicative of arousal of the sympathetic nervous system.

At the same time, a computer recorded the vehicle’s acceleration, speed, brake force, and steering.

Within this experimental setup, each of the healthy participants (young but experienced drivers aged between 18 and 27) took their turns driving a preset 19-kilometre circuit around town.

This was not a thrill ride, but a route specifically designed to simulate naturalistic driving under the most benign circumstances.

“Acceleration events were of the mundane type, such as entering a highway from an entrance ramp or starting from a red light,” the researchers write in their paper.

Despite the mundanity, however, these routine driving conditions were enough to elicit significantly larger arousal reactions to acceleration in about half of the drivers, the results showed.

“It was a very consistent behavior, which means, in all likelihood, this is an innate human characteristic.”

While physiological responses to different kinds of driving have been investigated before, less is known about the effects of naturalistic acceleration itself.

Despite the extremely small size of this particular experiment, based on the results reported here, we could be looking at a significant and overlooked effect of everyday trips in vehicles: an elevated stress response potentially affecting up to half of the driver population (not to mention passengers, although that wasn’t measured in these tests).

“Psychometric measurements taken through a standardized questionnaire given to every volunteer at the end of the drive revealed that accelaroused drivers felt more overloaded,” Pavlidis says.

“This was a clear indication that accelarousal was taking a toll on drivers, and that the drivers were not consciously aware of that [during the drive].”

It’s not known why some ‘accelarousal-prone’ individuals experience elevated stress due to acceleration compared to other otherwise healthy drivers who aren’t affected, but the team speculates it could partly be due to genetic predisposition.

Larger studies may be able to clarify that, as well as examine what the long-term consequences of accelarousal responses might be in people who exhibit them – but whatever the repercussions are, they’re probably not good.

“If these events happen frequently and on a sustained basis, they are likely to have long-term health effects, not unlike any other long-term stressor,” the authors write.

The findings are reported in Extended Abstracts of the 2021 CHI Conference on Human Factors in Computing Systems.

This Small Australian Marsupial Is Quite Literally Dying For Sex
A Billion-Dollar Biotech Company Plans to Bring The Dodo Back to Life
Embers of an Ancient Inferno Pinpoint The Worst Extinction in Earth’s History
US Shoots Down Chinese Surveillance Balloon: What Can They Actually See?
Astronomers Studied More Than 5,000 Black Holes to Figure Out Why They Twinkle