For a couple of hundred years, Cahokia was the place to be in what is now the US state of Illinois. The bustling, vibrant city was at one time home to some 15,000 people, but by the end of the 14th century it was deserted – and researchers still aren’t sure why.

A new study has been able to rule out one previous idea – that deforestation and overuse of the land around Cahokia caused excessive erosion and local flooding in the area, making it less inhabitable for Native Americans.

Through an analysis of sediment cores gathered near earthen mounds in the Cahokia Mounds State Historic Site, researchers have established that the ground remained stable from Cahokia’s heyday until the mid-1800s and industrial development. In other words, there was no environmental disaster. 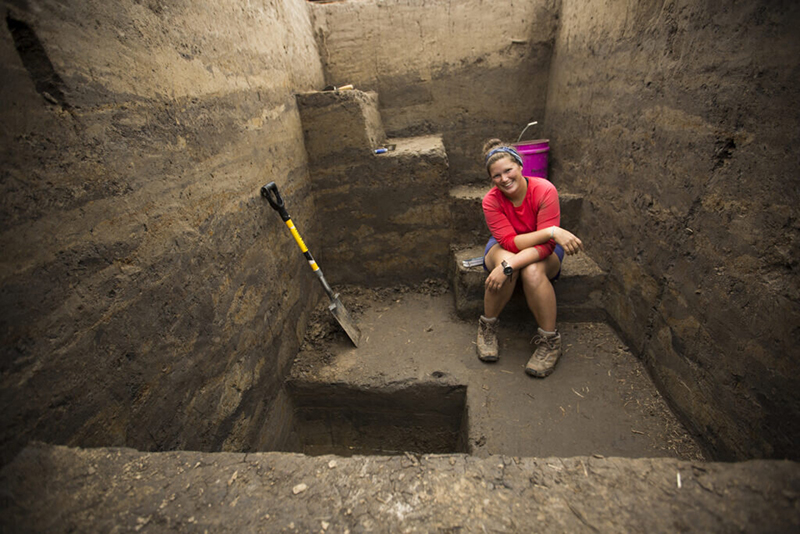 “There’s a really common narrative about land use practices that lead to erosion and sedimentation and contribute to all of these environmental consequences,” says geoarchaeologist Caitlin Rankin from the University of Illinois at Urbana-Champaign. “When we actually revisit this, we’re not seeing evidence of the flooding.”

The mounds that the excavation site was next to are in low-lying areas and close to a creek – a prime position for any local flooding that would have happened. Yet there were no signs of sediment left behind by floods in the layers of earth.

It’s clear that the people who lived in Cahokia cut down a lot of trees, most probably to make defensive fortifications. However, the new research shows that this didn’t lead to the sort of erosion and flooding that would drive people from their homes.

“In this case, there was evidence of heavy wood use,” says Rankin. “But that doesn’t factor in the fact that people can reuse materials – much as you might recycle.”

Cahokia remains a fascinating topic for experts, with a study published last year using an analysis of ancient human feces to suggest that people had begun to return to Cahokia in substantial numbers well before European settlers began arriving in the 16th century. It’s possible that the desertion of the metropolis didn’t actually last that long.

The mess we’re making of looking after the planet at the moment makes it easier to imagine ecocide being responsible for some of the unexplained mysteries of the past, the team behind the new study says – but it’s important to keep digging to find the hard evidence as to what has actually happened.

“By eliminating this possibility, it moves us toward other explanations and requires we pursue other avenues of research,” says anthropologist Tristram Kidder from Washington University in St. Louis.

The research has been published in Geoarchaeology.

A Lost Interview With The ‘Father of The Big Bang’ Was Just Discovered
AI System Detects Strange Signals of Unknown Origin in Radio Data
Physicists Used Sound Waves to Give a Tiny Sun Its Own Kind of Gravity
Black Swans Could Be Entirely Wiped Out by a Single Virus, Scientists Warn
The Mysterious Asymmetry of Jupiter’s Asteroids May Finally Be Explained