Caring about the climate crisis can often feel like a lonely and helpless burden, but it doesn’t have to be that way. Simply talking about the issue with your friends and family can actually make a big difference, according to a new study.

The advice might sound like a political minefield, especially if you have conservative relatives or friends, but the truth is that more Americans agree on this topic than we are commonly led to believe.

As indicated by data from April this year, while the average American thinks only 54 percent of the public accept the reality of climate change, the agreement is actually nearly 70 percent.

This skewed perception could help explain why the United States has slipped into a so-called ‘spiral’ of climate silence, where even the majority who care about global warming rarely or never discuss it, and sometimes avoid the topic entirely.

In fact, barely more than a third of those surveyed said they even occasionally bring up climate change in conversation.

“A lot of the time, we assume that we are always going to be having these conversations with a skeptical audience,” he explained.

“But in many cases, the other person cares about it just as much as you do.” 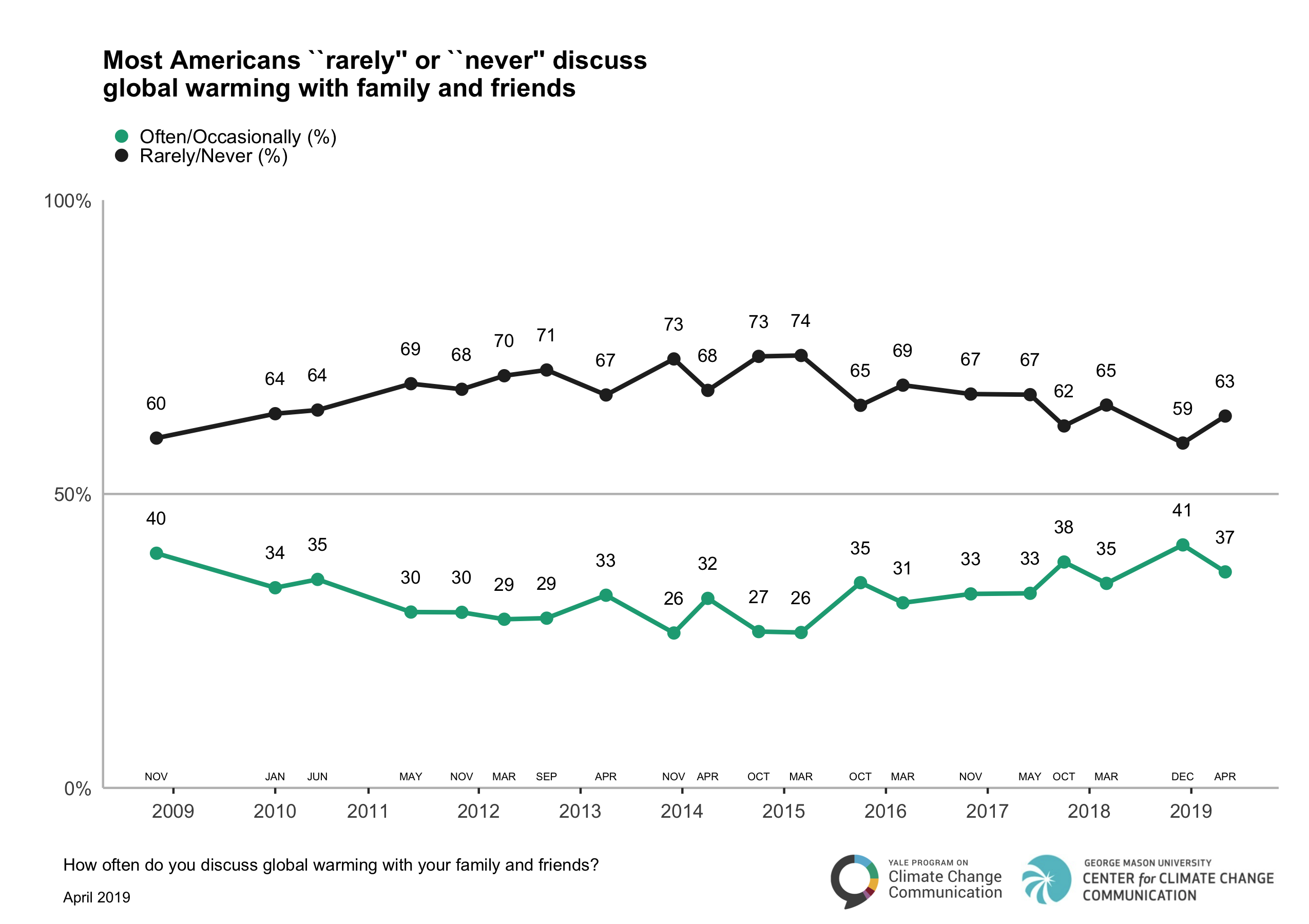 Goldberg’s advice stems from findings he and colleagues have made by analysing some previous data they gathered on conversations about climate change. In 2015, the team designed two national surveys taken seven months apart, encompassing 1,263 Americans.

During both surveys, the participants were asked how often they talk about climate change with family and friends, and also what their perception is of the scientific consensus, which sits at around 97 percent.

Their findings, published last week in PNAS, reveal that an increase in discussion predicted a 2 to 3 percentage point increase in the acceptance of the scientific consensus. And while these changes may seem small on their own, adding them up can lead to big practical differences.

For instance, the authors found that once there was increased acceptance of the consensus, this encouraged even more discussion with family and friends, spreading the message even further.

“Without discussing global warming, people may never learn important facts about climate change, or that close friends and family care about the issue,” the researchers write.

“Our findings show that, through discussion, people can engage their friends and family in a positive feedback loop that encourages deeper engagement with the issue of climate change.”

Messages obviously matter, but so do the messengers. If an idea or piece of information comes from a trusted source, like a family member or an intimate friend, the authors say, it can be much harder to ignore or deny.

Nevertheless, broaching these politically divisive and hotly contested subjects with someone you love can be daunting, so Goldberg suggests that you start with common ground.

“I find that taking a pollution perspective makes it very easy to talk to people about climate change. Because who is not against pollution?” he told the LA Times.

Another suggestion, he adds, is to bring up weather, a seemingly harmless subject that can lead to much larger discussions, like: “Did you know that a warming climate will make hurricanes worse?”

But in the end, whatever way you decide to go about it, making climate change a regular part of our conversations as a society has never been more important. And if you, as an individual, care about the impact of the climate crisis, talking about it really is one of the best actions you can take.