The “over versus under” toilet paper argument has been waged in bathrooms everywhere since it was first invented.

Plenty of space online in the form of polls and listicles has been dedicated to the proper way to orient our toilet paper.

The subject even has its own section on Wikipedia filled with arguments for “over” (reduces the risk of transferring germs, easier to find the end, looks better) versus “under” (tidier appearance, harder for a pet to unravel the roll).

And now, thanks to a patent for perforated toilet paper from 1891, we officially have our answer.

Spotted by The Huffington Post back in 2015, writer Owen Williams discovered a picture of the original patent and shared it with the world.

The patent for toilet paper should settle the over vs under debate pic.twitter.com/arZl6l6ALn

The inventor of perforated toilet paper Seth Wheeler illustrated his new and futuristic creation with the paper going up and over the roll.

The Google Patents Database also displays a series of diagrams with the toilet paper going over as well. 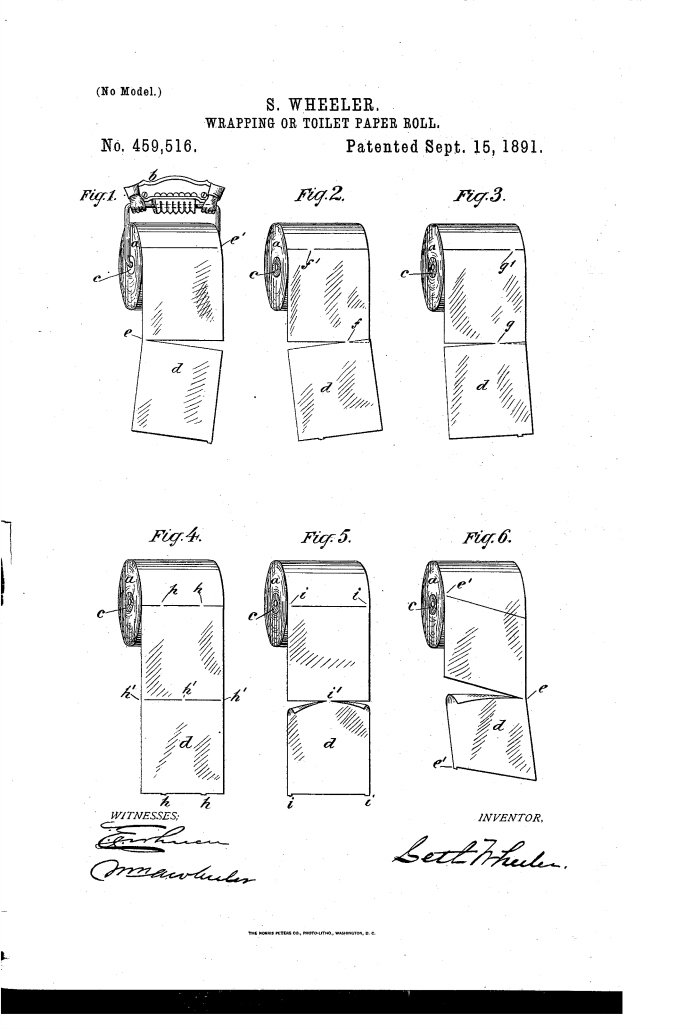 The idea for perforated toilet paper was originally patented by Wheeler’s Albany Perforated Wrapping Paper Company in 1871 and then re-patented again in a roll-form in 1891 as a way of preventing waste.

“Since the advent of rolls of paper…many devices designed to prevent waste have been patented; but all effort in this direction has been apart from the roll of paper-namely, in the construction of holders for the rolls provided with means to prevent free unwinding of the roll and cause the sheets to separate singly at their connecting points,” Wheeler wrote in his patent.

“My improved roll may be used on the simplest holders.”

A version of this article was first published in March 2015.

Scientists create world’s first ‘synthetic embyros’ using stem cells from mice
Incredible ‘shrinking’ planets could be a missing link between worlds
Humongous Sinkhole Appears in Chile, Leaving A Deep Void in the Desert
Ancient ‘ghost footprints’ in Utah are the find of a lifetime, researchers say
More adults are choosing to live childfree and they probably won’t change their minds