Thanks to high school, we’ve all got a pretty good idea about what’s on the periodic table.

But whether you’re looking at something common like calcium, iron, and carbon, or something more obscure like krypton and antimony, how well do you know their functions? Could you name just one practical application for vanadium or ruthenium?

Lucky for us, Keith Enevoldsen from elements.wlonk.com has come up with this awesome periodic table that gives you at least one example for every single element (except for those weird superheavy elements that don’t actually exist in nature).

There’s thulium for laser eye surgery, cerium for lighter flints, and krypton for flashlights. You’ve got strontium for fireworks, and xenon for high-intensity lamps inside lighthouses.

Oh and that very patriotic element, americium? We use that in smoke detectors.

First unveiled in 1945 during the Manhattan Project, americium is produced by bombarding plutonium with neutrons in a nuclear reactor.

The resulting americium is radioactive, and while the tiny amounts of americium dioxide (AmO2) used in smoke detector produces alpha radiation to sniff out a fire, it will deliver approximately zero radiation to anyone living nearby.

I kinda want to tell you all about rubidium and how we use it in the world’s most accurate time-keeping devices, and how niobium can help make trains levitate, but you should just check out the periodic table for yourself.

We’ve included a sneak-peak below, but for the real interactive experience, click here to try it out. 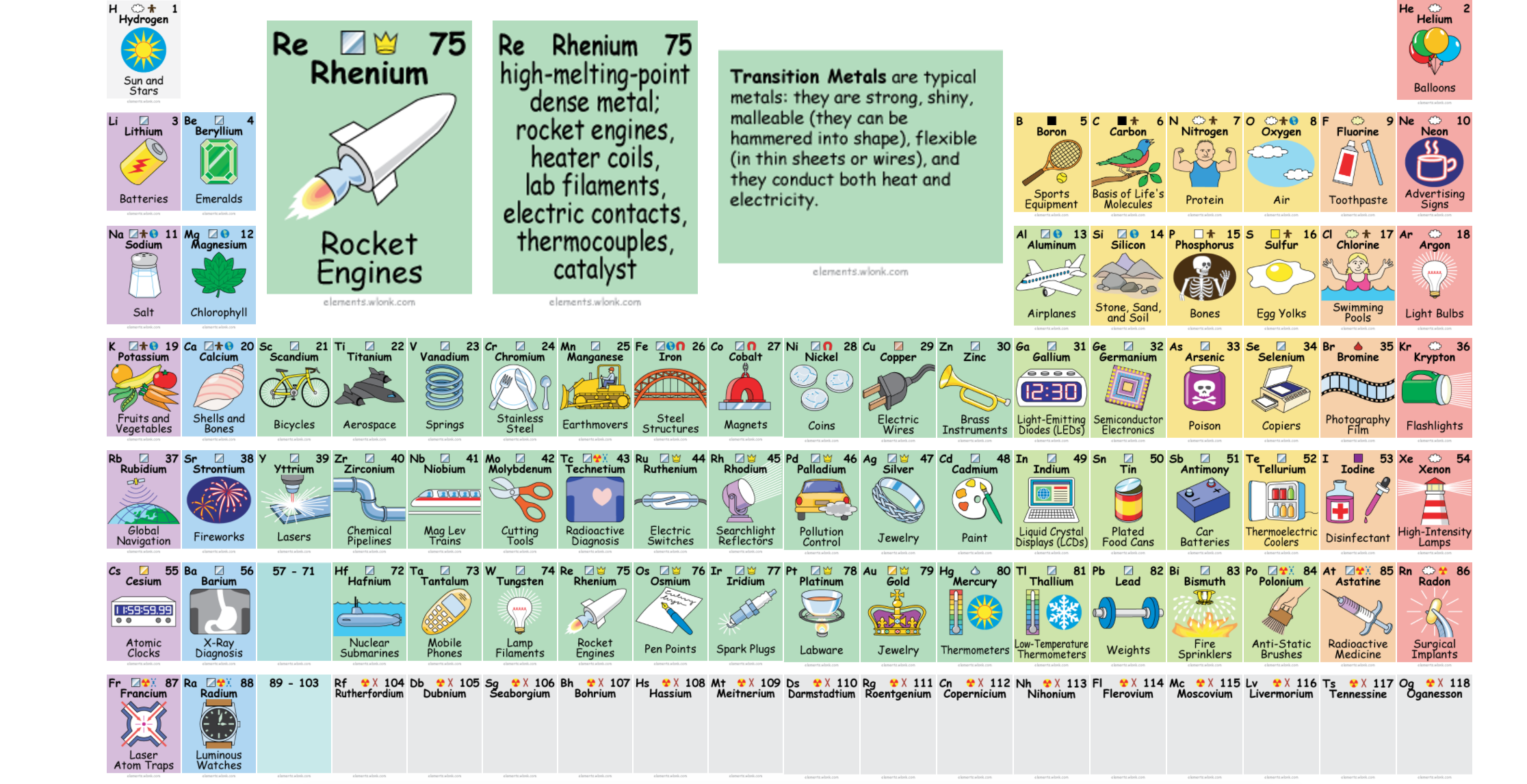 You can also download the PDF if you’ve got a class to teach, or maybe you just want to be great and put it on your bathroom door.

And if this whole exercise has made you realise just how rusty you’ve become with your science basics, check out AsapSCIENCE’s Periodic Table Song below.

We’d like to see a better way of memorising the periodic table – it’s even got the four brand new elements that earned a permanent spot in the seventh row back in 2016 (which unfortunately have no cool uses outside of atomic research).

A version of this article was first published in November 2016.

An Iceberg The Size of London Has Broken Free From Antarctica Ice Shelf
Mysterious ‘Zone of Uncertainty’ Inside The Brain Reveals a Surprise
These 5 Traces of Ancient Ancestors Still Exist in Human Bodies Today
Astronomers Just Discovered a ‘Bear’ on Mars
Shooting Tiny, High Speed Bullets at a Spacecraft Could Speed Up Travel to The Stars