Say a red gummy bear has a baby with a yellow gummy bear – what percentage of red and yellow do the parents give to their children?

Well, assuming gummy bear genetics works the same way we do, they’ll have one set of chromosomes from their mum and one from their dad – so 50 percent from each – easy!

But before our pairs of chromosomes (and the genes they’re made up of) get passed onto the next generation they get jumbled around. For example, DNA from chromosome 3 that you inherited from your mum will be swapped with the equivalent section of DNA from your second version of chromosome 3, that you got from your dad, in a process called genetic recombination.

That means the red and yellow gummy bear’s kids wouldn’t necessarily have a quarter of each of their gummy grandparents’ DNA.

So, as the half red half yellow gummies start to pair up, and then their children, the mix starts to get a little hazy.

We stumbled over this delicious idea of gummy bear genetics first on New York University social neuroscientist Jay Van Bavel’s Twitter account while it was going viral and decided to make our own version. Despite being a simple idea, it shows that genetics can quickly get complicated. 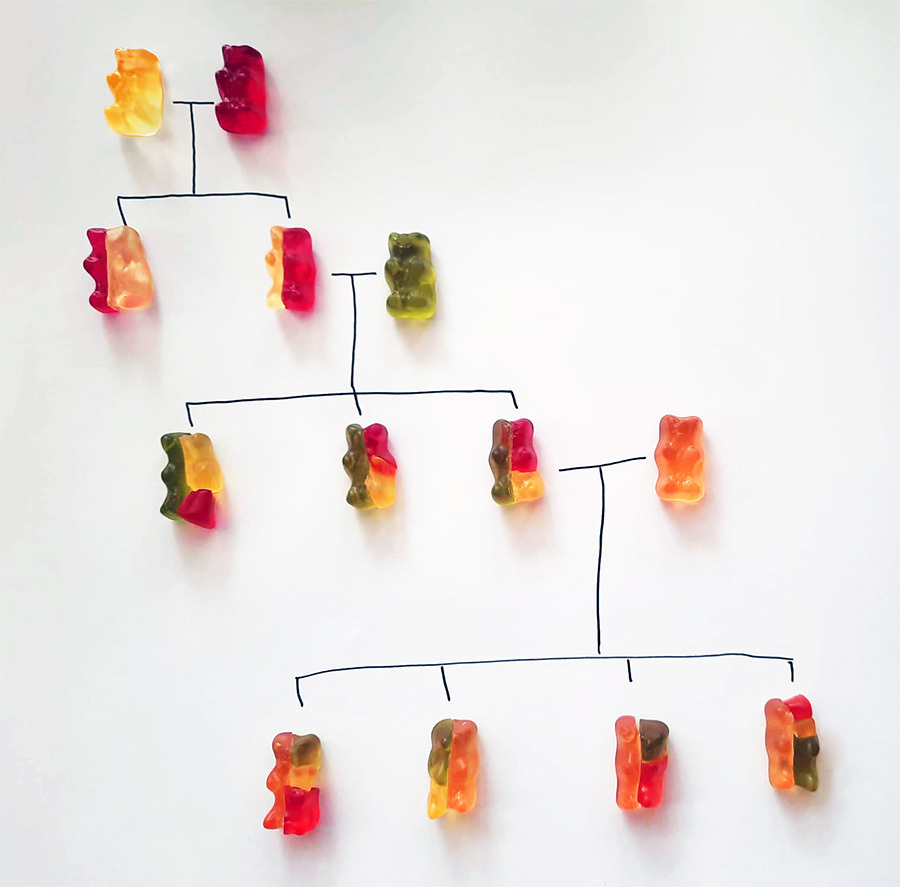 Obviously, although this is a delicious way to show inheritance, it doesn’t show everything. For example, the picture doesn’t show us any dominant or recessive traits.

In fact, gummy bears are regularly used in the biology classroom to show genetic inheritance, to show one of the most important parts of basic genetics – how gene variants are passed on. To show exactly how specific genes and their associated traits are received from mum and dad (and to work out the ratios of how to split the gummy bears) you might need to draw up something that all high school biology students should be familiar with… 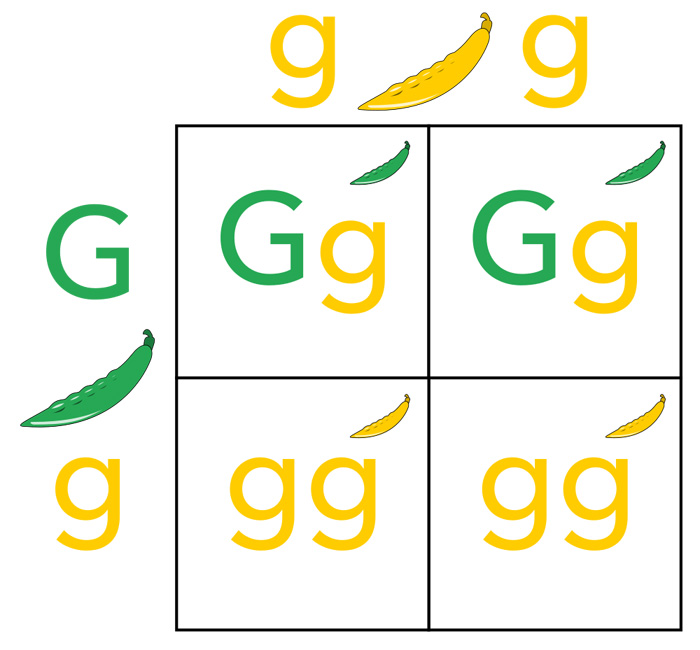 …the good old Punnett square. This allows you to see which trait is dominant (the capital letter) as well as the possible combinations of traits you can end up with.

Archaeologists Find Hidden Ruins of ‘Complete’ Roman-Era City in Egypt
Mysterious ‘Zone of Uncertainty’ Inside The Brain Reveals a Surprise
New NASA Nuclear Rocket Plan Aims to Get to Mars in Just 45 Days
Astronomers Just Realized The Milky Way Is Too Big For Its Surroundings
This Asteroid Has Survived For 4 Billion Years. That Could Be a Huge Problem