One, on the Danish island of Funen, died in his 50s, likely from a stab wound to his hip. The other died in his 20s a world away in Oxford, England, his body riddled with wounds and thrown in a mass grave.

It would not be the first nor the last time two people bound by the ties of kinship perished separated by a vast ocean – but, miraculously, these two have been reunited a millennium later.

According to genetic analysis, the two sets of bones belonged to closely related men.

“DNA tests show that the two men have second-degree kinship,” said geneticist Eske Willerslev of the University of Copenhagen in Denmark. “This means that they are either half-brothers or nephew and uncle.”

The pair’s relationship was uncovered during a major project in 2020 to study the DNA of 442 individuals, from 2400 BCE through to around 1600 CE, from regions all across the Northern Hemisphere. These genetic samples were compared to those from previous studies, including a database of 922 prehistoric individuals, and 3,855 modern genomes. 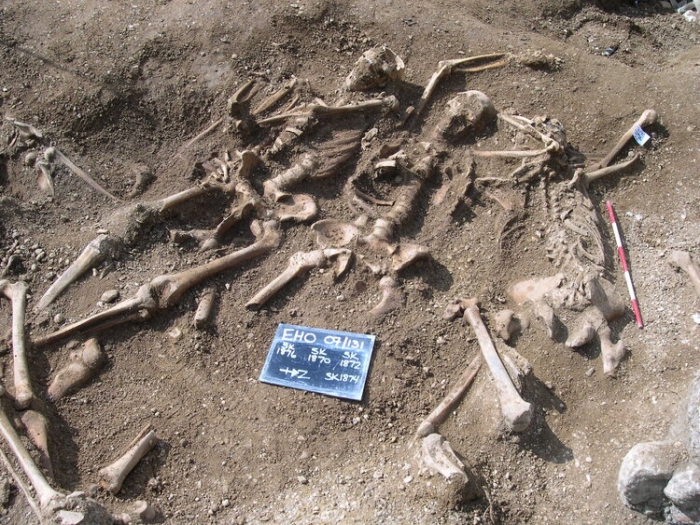 In such studies, it’s not unusual to find related individuals, and indeed the scientists found several. Usually, though, such relationships are found in the same general vicinity. The discovery of two closely related men separated by the North Sea was unexpected.

The man in his 50s, from Funen, was excavated in 2005. He seemed to have lived something of a hard life. He has signs of arthritis in many of his bones, and an inflammation on his ribs that could have been caused by tuberculosis. He ate a peasant diet with lots of meat. And he had known violence – he had a wound on one of his neck bones caused by something sharp, but that had healed over.

“But not only that,” said archaeologist Jesper Hansen of Odense City Museums in Denmark. “He also has a violent lesion on his left pelvis, which may have originated from a proper stab from a sword. The wound from that blow may have cost him his life, because it did not heal.”

The younger man, whose bones were excavated in 2008, died a much bloodier death during a time of conflict between the English and the Vikings, who had settled in England after a period of raiding ended in 850 CE.

In 980 CE, during the reign of the English king Æthelred the Unready, Viking attacks resumed; in 1002 CE, after increasing outcry, Æthelred ruled all Danes in England would be put to death.

Many Danes were killed in what came to be known as the  St. Brice’s Day massacre; others were slain in the fighting that followed. One of these was our young man, whose mutilated body was interred in a mass grave at Oxford, with at least 35 other men, whose bodies were also heavily injured. 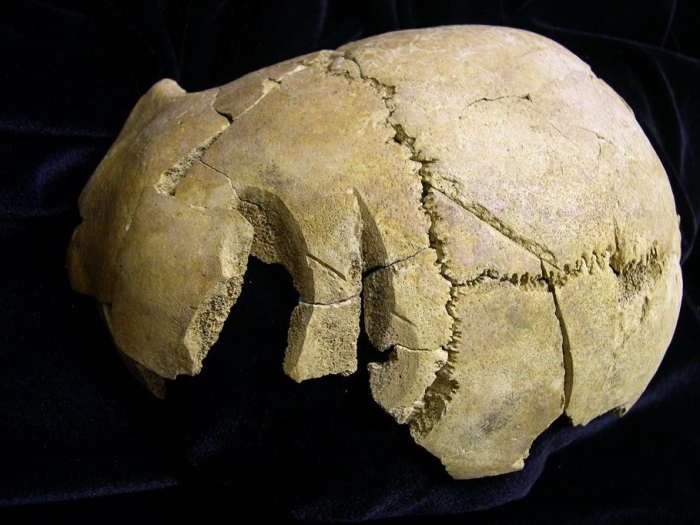 There were at least nine cuts on the man’s skull, caused by sharp objects. His bones also showed signs of arrow wounds, and spears were stabbed into his back. It was a brutal death.

Separated by so much time and space, the two kinsmen have now been reunited. The young man’s bones have been returned to Denmark, where the two skeletons will go on display, together, as part of a new exhibition called Togtet (Raid) at the National Museum, commencing June 26.