We know that some modern human genomes contain fragments of DNA from an ancient population of humans called Denisovans, the remains of which have been found at only one site, a cave in what is now Siberia.

Two papers published in Nature today give us a firmer understanding of when these little-known archaic humans (hominins) lived.

Denisovans were unknown until 2010, when their genome was first announced. The DNA was obtained from a girl’s fingerbone found buried in Denisova Cave in the Altai Mountains of southern Siberia.

The new studies provide the first robust timeline for the Denisovan fossils and DNA recovered from the cave sediments, as well as the environments that the Denisovans experienced.

A few Neanderthal fossils have also been retrieved from the site, along with their genetic traces in the sediments at Denisova Cave, which was first excavated 40 years ago.

Modern humans (Homo sapiens) arrived later, making the site unique in the world as home to three groups of humans at various times. 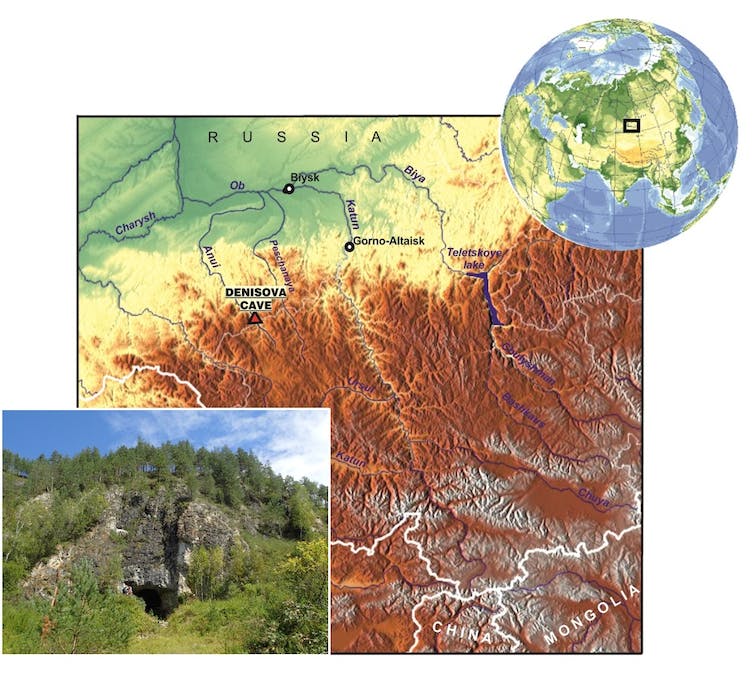 Who were the Denisovans?

We currently know much more about the DNA of Denisovans than we do about their physical appearance, as hominin fossils are exceedingly rare at the site.

Besides the fingerbone, a total of three teeth have been genetically identified as Denisovan.

The DNA from a tiny fragment of long bone from the daughter of Denisovan and Neanderthal parents provides direct evidence that the two groups met and interbred at least once.

We know frustratingly little about the geographic distribution and demography of the Denisovans, except for the head-scratching finding that Aboriginal Australians and New Guineans are the only people alive today with substantial amounts of Denisovan DNA in their genome.

But while hominin fossils are few and far between at Denisova Cave, the deposits contain thousands of artefacts made from stone.

The upper layers also contain artefacts crafted from other materials, including ornaments made of marble, bone, animal teeth, mammoth ivory and ostrich eggshell. There are also animal and plant remains that bear witness to past environmental conditions. 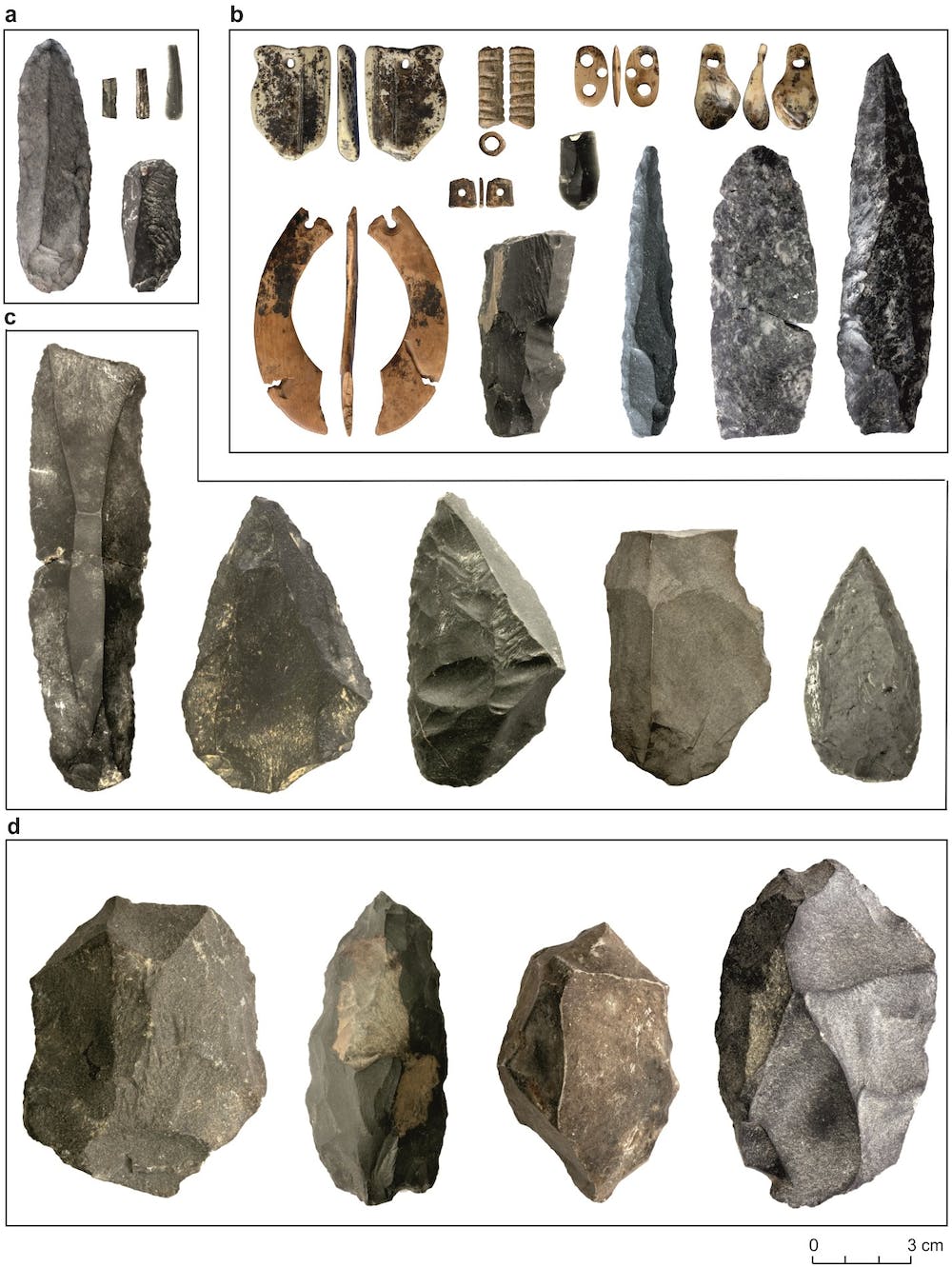 Despite the importance of Denisova Cave to studies of human evolution, the history of the site and its inhabitants has persisted as a puzzle, due to the lack of a reliable timescale for the cave deposits and their contents.

With the publication of the two new papers, some of the critical pieces of this puzzle now fall into place.

The new studies build on the detailed work carried out by our Russian colleagues over several decades in all three chambers of Denisova Cave. They have painstakingly documented the complex layering of the deposits, along with the excavated cultural, animal and plant remains.

We used optical dating to determine when the sediments were last exposed to sunlight and deposited in the cave.

Optical dating has been applied to archaeological sites around the world, with the minerals quartz and potassium feldspar most often used.

We measured more than 280,000 individual grains of these minerals from more than 100 samples using a combination of well-established and new procedures.

This enabled us to carry out a variety of experimental cross-checks, identify parts of the deposit that had been disturbed, date the oldest sediment layers, and construct a robust chronology for the site.

To better constrain the ages of the hominin fossils, our colleagues at the University of Oxford, UK, and two of the Max Planck Institutes in Germany developed a new statistical (Bayesian) model.

The new studies show that hominins have occupied the site almost continuously through relatively warm and cold periods over the past 300,000 years, leaving behind stone tools and other artefacts in the cave deposits.

The girl with mixed ancestry reveals that the two groups of hominins met and interbred around 100,000 years ago.

Although Denisovans persisted at the site until 50,000 years ago, this does not preclude their later survival elsewhere.

They were evidently a hardy bunch, living through multiple episodes of the cold Siberian climate before finally going extinct.

Summary timeline for the archaeology, hominin fossils and hominin DNA retrieved from the sediments at Denisova Cave. (Bert Roberts)

We now know much more about the life and times of the Denisovans, but there are still many unanswered questions.

For example, we don’t know the nature of any encounters between them and modern humans, who were already present in other parts of Asia and in Australia by 50,000 years ago.

So while our understanding of the history of Denisovans has come a long way since 2010, there are still many missing pieces of this intriguing puzzle.

Mysterious jets of upside-down lightning are real, and we just got our best look yet
Many Cat Lovers Are Giving Their Cats Unwanted Affection, Study Suggests
Researchers in South America Discover a New Species of Tiny but Tough Dinosaurs
Birds possess an amazingly dinosaur-like feature before they hatch from their eggs
These Dwarf Galaxies Seem to Be Devoid of Dark Matter, And It Doesn’t Make Sense