Another face of our Australopithecus ancestors can now peer at us from further back in time than ever before, after its recovery from Earth’s clutches in Afar, Ethiopia.

Previously, this hominin species had only been known from skull fragments, teeth, and limb bones. A local, Ali Bereino, discovered the first piece of this elusive skull while digging up an area to keep his goats.

“This is what led to my discovery of the rest of the cranium,” Cleveland Museum of Natural History paleoanthropologist Yohannes Haile-Selassie told ScienceAlert in an email.

The bits of skull, found in a sandstone substrate, were covered by up to 30 centimetres (11 inches) of goat droppings – suggesting parts of the fossilised remains may have been shattered by trampling hooves. This may explain why some of the skull pieces remain lost to researchers despite their meticulous sifting of the surrounding area.

“We sifted an area of about 25 square metres,” Haile-Selassie described, “and recovered more pieces that joined to the specimen under a mound of goat poop. We had to sift all of it, you know.”

In total the researchers recovered a facial component, the cranium, two pieces of the left zygomatic bone and other fragments belonging to a single skull. Together these remains revealed facial features we’ve never seen before. “My colleague and I did extensive comparative analysis travelling to Ethiopia, Kenya, and South Africa,” Haile-Selassie explained.

The team compared the morphological features of the fossil, named Australopithecus anamensis, to other hominin and primate species including A. afarensis – the species the famous fossil “Lucy” belongs to.

“The cranium was found to be more similar to A. anamensis and its age also corroborates that,” Haile-Selassie said.

“[It] tells us that the modern human-like morphology of the cranium is something that came later in our evolution. At 3.8 million years ago, our ancestors were more ape-like than human-like.”

They believe the skull belongs to an adult male.

“One of the most exciting aspects of this discovery is how it bridges the morphological space between these two groups.”

The find adds evidence to the idea that A. anamensis is the most primitive Australopithecus. And, by providing new comparison points, it may have also changed the previously accepted evolutionary scenario – where A. afarensis was thought to have gradually replaced A. anamensis.

A skull bone that had previously been attributed to A. anamensis now seems to better match A. afarensis, yet it has been dated to 3.9 million years ago. This and other features suggest both species branched away from each other evolutionarily, while still overlapping for at least 100,000 years.

A second team led by sedimentologist Beverly Saylor from Case Western Reserve University, were able to date the skull to 3.8 – 3.7 million years old by analysing the volcanic substrate the fossil was discovered in. Examining other biological traces that were found nearby in the same volcanic layer, the researchers paint a picture of our ancestors’ environment and the life that surrounded them.

Botanical traces like plant pollen and leaf wax compounds suggest that while the immediate area of the find consisted of a river delta surrounded by forests, the surrounding areas these hominins would have roamed was mostly arid shrubland and grassland.

While not many animal fossils were found, there was evidence of other primates, such as the now extinct Old World monkey Pliopapio alemui, alongside giraffe, antelope, rhino and equine species. Carnivore species like canine and hyena relatives were also present. 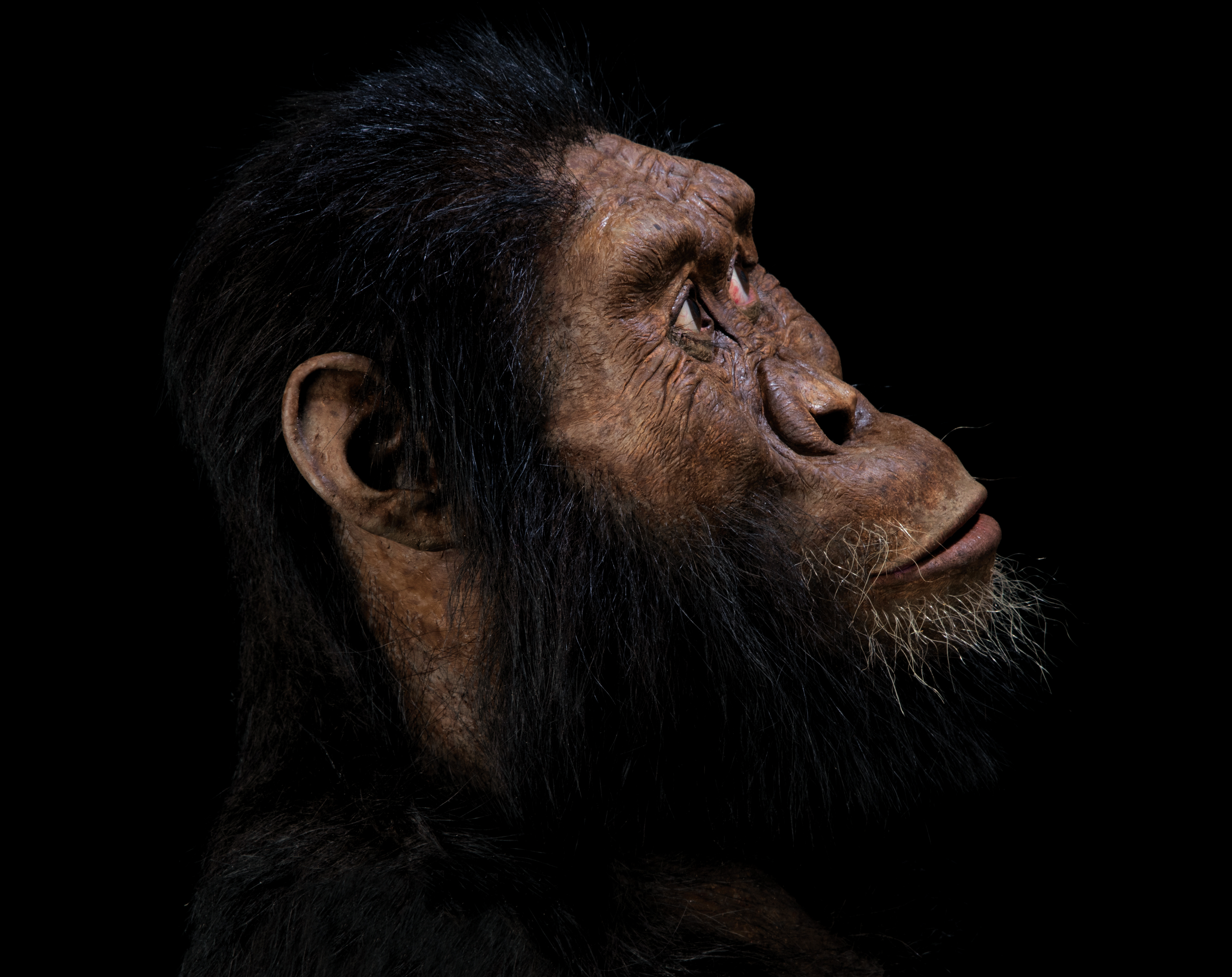 Previous research on their teeth suggests A. anamensis ate a plant-rich diet, and the latest fossil backs this up.

“They had these gigantic faces that were built for processing really tough diets,” said Melillo.

The researchers have now been working at this Ethiopian site for 15 years, and they are keen to see what more this discovery can reveal.

“It is still covered with hard matrix,” Haile-Selassie said about the base of the skull. “This region of the cranium in early hominins is extremely important, but poorly known, and I would like to see how it has changed from the condition in apes.”

“It is good to finally be able to put a face to the name,” said Melillo.

The research has been published in two Nature papers here and here.

Astronomers Spot The Biggest Galaxy Ever, And The Scale Will Break Your Brain
Archeologists Rediscover an Ancient Peruvian Fresco That Hasn’t Been Seen In 106 Years
Small Lakes Keep Growing Across The Planet, And It’s a Serious Problem
When Corals Sleep For The Winter, Their Microbiome Restructures Itself
Psychologists Found a Weird Trick That Changes How Food Tastes