The Atacama Desert has a fearsome reputation. The world’s driest non-polar desert, located along the Pacific coast of northern Chile, constitutes a hyperarid, Mars-like environment – one so extreme that when it rains in this parched place, it can bring death instead of life.

Yet life, even in the Atacama Desert, finds a way. The archaeological record shows that this hyperarid region supported agriculture many hundreds of years ago – crops that somehow thrived to feed the pre-Columbian and pre-Inca peoples who once lived here.

“The transition to agriculture began here around 1000 BCE and eventually supported permanent villages and a sizeable regional population,” a team of researchers, led by bioarchaeologist Francisca Santana-Sagredo from the Pontifical Catholic University of Chile, writes in a new study.

“How was this development possible, given the extreme environmental conditions?”

Thanks to Santana-Sagredo and her team, we have a solution to the mystery. It was already known that part of the puzzle could have been the use of ancient irrigation techniques, but water availability by itself wouldn’t be the only prerequisite for a successful agricultural system in the Atacama Desert, the researchers say.

Based on previous research by some of the same team – analysing chemical isotopes preserved in human bones and dental remains of pre-Inca peoples – the researchers suspected fertiliser was also used to help the plants grow.

Now, in their new work, there’s fresh evidence to back up the hypothesis.

“We set out to collect and analyse hundreds of archaeological crops and wild fruits from different archaeological sites of the valleys and oases of the Atacama Desert in northern Chile,” Santana-Sagredo and some of her co-authors explain in a perspective article on the research.

In total, 246 ancient plants were analysed – the specimens being conveniently well-preserved by Atacama’s dryness – including maize, chilli pepper, gourd, beans, and quinoa, among others. 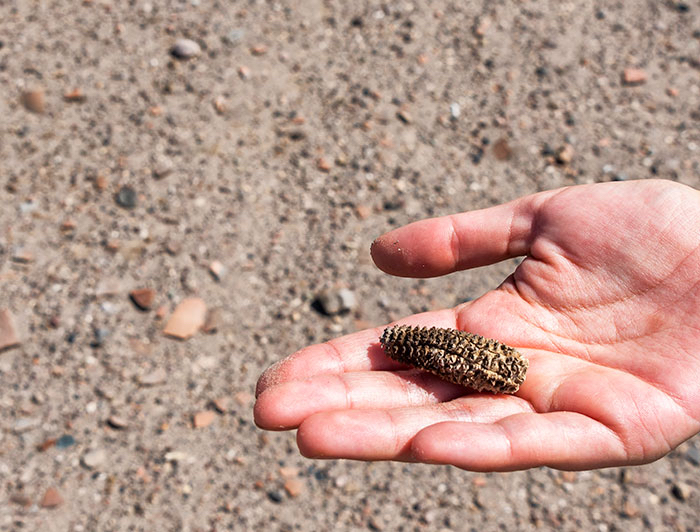 Using radiocarbon dating, and also testing for isotopic composition, the results showed a dramatic increase in nitrogen isotope composition beginning around 1000 CE – a reading so high, in fact, it’s never been seen before in plants, with the exception of certain plants on Antarctic nunataks where seabirds nest.

Amongst the plants tested, maize was the most affected, and at the same time (around 1000 CE), it also became the most widely consumed crop, based on a separate analysis of archaeological human bone and dental remains from the region, which also showed high readings of the nitrogen isotope.

According to the researchers, the “most parsimonious explanation” for the surge in nitrogen values is ancient bird poop – technically known as guano, which has a history of usage as a fertiliser in pre-modern times, including most likely in the Atacama Desert, as a growth enhancer for pre-Inca crops.

While the fertilisation capabilities of seabird guano (aka ‘white gold’) might have taken this ancient culture’s agriculture to a new level, securing the manure wouldn’t have been an easy – nor pleasant – job.

“Before [1000 CE] populations perhaps used other types of local fertilisers such as llama dung, but the introduction of guano, we believe, triggered a considerable intensification of agricultural practices, a step-change that increased production of crops, particularly maize, which rapidly became one of the central foods for human subsistence,” the researchers explain.

“This shift is remarkable also considering the costs in human (and llama) labour involved – guano had to be painstakingly collected at the coast and transported ~100 km [about 60 miles] inland.”

Despite the challenges, the new findings suggest that’s just what Chile’s desert-dwellers did, and historical accounts from centuries later suggest the practice continued well into the era of European contact – it’s just we never had any evidence to suggest the custom began an entire millennium ago.

“Ethnohistorical records from the 16th to 19th centuries describe how local people travelled in small watercraft to obtain guano from rocky islets off the Pacific shore, from southern Peru to the Tarapacá coast in northern Chile, and how seabird guano was extracted, transported inland and applied in small amounts to obtain successful harvests,” the authors write in their paper.

“Although guano was said in early historical accounts to be equitably distributed to each village, the same sources state that access to guano was strictly regulated, warranting the death penalty for those who extracted more than authorised or entered their neighbour’s guano territory, emphasising its high value.”

The findings are reported in Nature Plants.

Could ‘The Last of Us’ Ever Happen? The Real Risks of a Fungus Pandemic
Dogs Can Be Aggressive For Lots of Reasons, And One of Them Is You
Shooting Tiny, High Speed Bullets at a Spacecraft Could Speed Up Travel to The Stars
Mysterious White Clouds Keep Popping Up Near The Bahamas, And No One Knows Why
The Mysterious Asymmetry of Jupiter’s Asteroids May Finally Be Explained