My Wife and My Mother-in-Law is one of the most well-known optical illusions in the world.

It hinges on facial perception: You can either see a young woman turning away or the profile of an older woman staring solemnly towards the left side of the drawing.

However, you can only see one at a time. 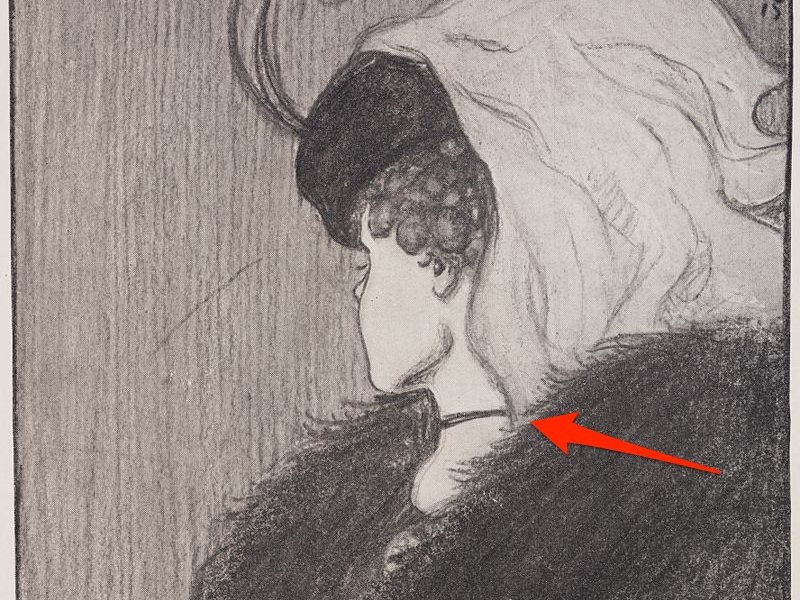 Here’s a hint: The young woman’s necklace is the old woman’s mouth.

If you’ve ever wondered why you see whichever woman you see first, an Australian study conducted by two psychology professors concluded that it has to do with your age.

They were shown the image for half a second, and then were asked the gender and age of the person that they saw.

The point of the study was to determine if “own-age biases affect the initial interpretation of an image at a subconscious level”.

But even if you see the older lady first, just remember: You’re as young as you feel.

An Iceberg The Size of London Has Broken Free From Antarctica Ice Shelf
Mysterious ‘Zone of Uncertainty’ Inside The Brain Reveals a Surprise
Scientists Have a Plan to Turn Earth Into a Giant Observatory
These Binary Stars Are So Close Together That Their Year Is Only 20.5 Hours Long
The True Extent of Global Warming Has Been Hidden, Scientists Warn