Melting permafrost in the icy north of Siberia is revealing a veritable graveyard of frozen prehistoric animals.

In recent decades, locals and scientists in the Russian Republic of Yakutia have uncovered the ancient carcasses of two cave lion cubs, a bison, a horse, a baby woolly rhinoceros, and the most intact woolly mammoth ever found.

As climate change continues to pull back this crucial carpet of ice, we’re bound to uncover more. Close to where the world’s first and, reportedly only, baby woolly rhino was found, residents have now discovered another of its kind, and this time, the carcass is almost 80 percent intact. 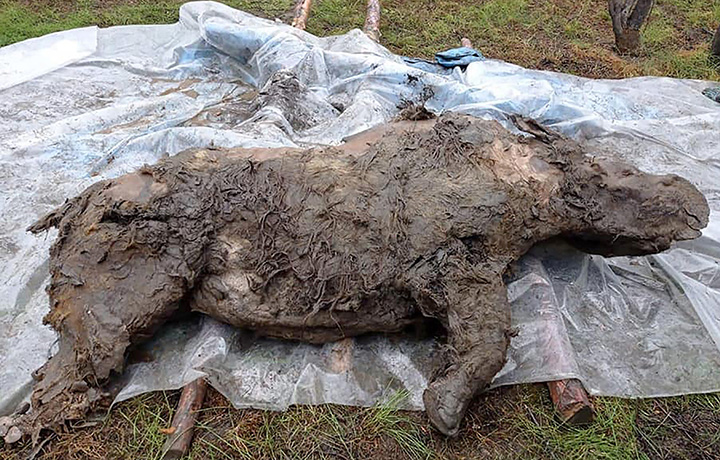 Preserved in ice for tens of thousands of years, this juvenile woolly rhino still has its thick, reddish-brown hair, all of its limbs, and most of its internal organs, including its intestines. 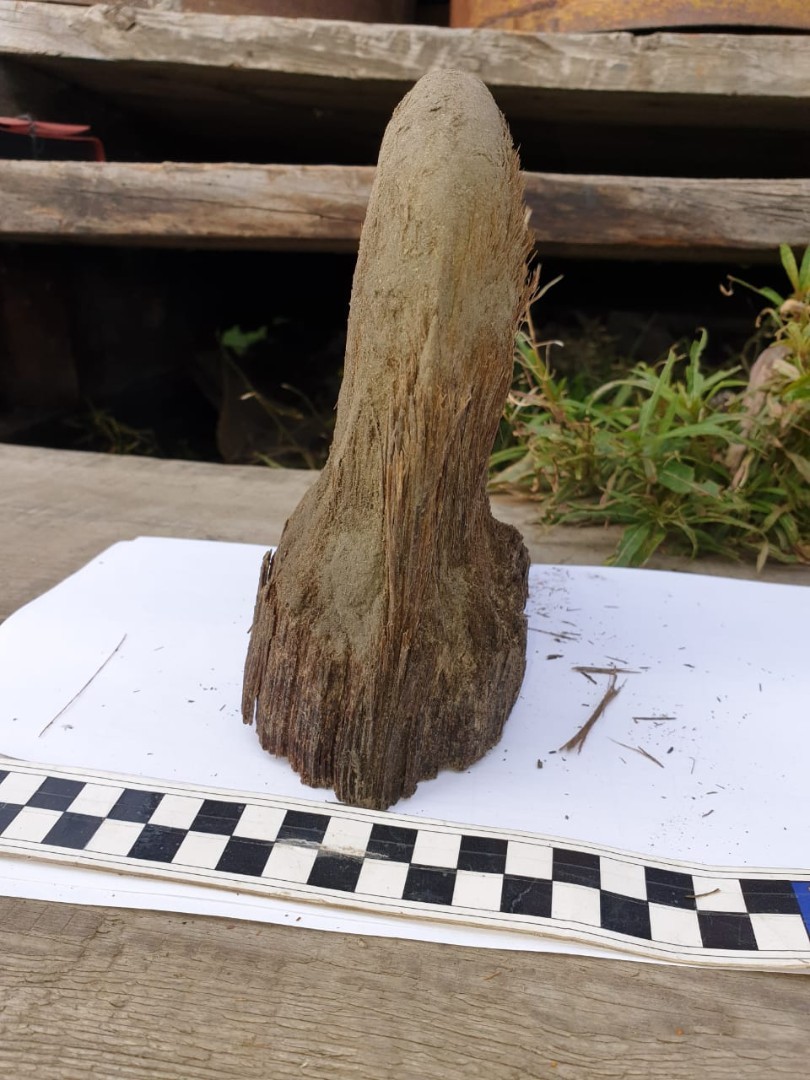 To date, this furry little creature is the best-preserved woolly rhino found in the Arctic Yakutia and may even be the most intact ever discovered anywhere in the world. 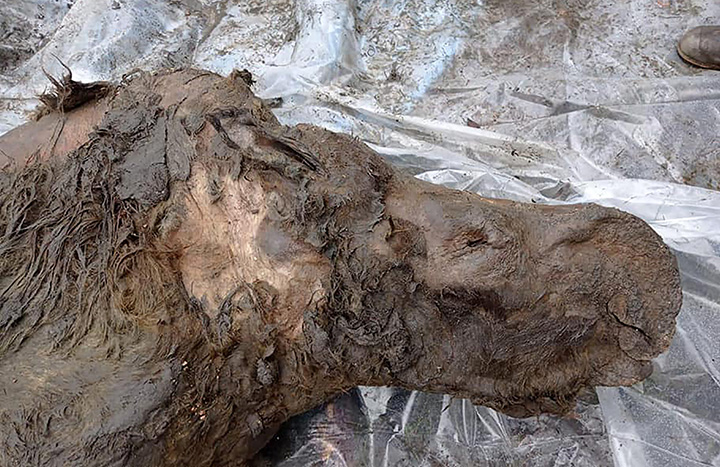 “The young rhino was between three and four years old and lived separately from its mother when it died, most likely by drowning,” palaeontologist Valery Plotnikov from the Russian Academy of Sciences, who made the first description of the find, told The Siberian Times.

“The gender of the animal is still unknown. We are waiting for the radiocarbon analyses to define when it lived, the most likely range of dates is between 20,000 and 50,000 years ago.”

The hair on this long-dead creature might look patchy and bedraggled now, but it speaks of a much thicker and luscious past. Looking at the layout of the hairs, scientists think the animal most likely died with its summer coat, although further lab analysis is needed.

To do that, however, more ice needs to form. Found downstream of the Tirekhtyakh River in August, the rhino carcass is in a particularly tricky spot to access. 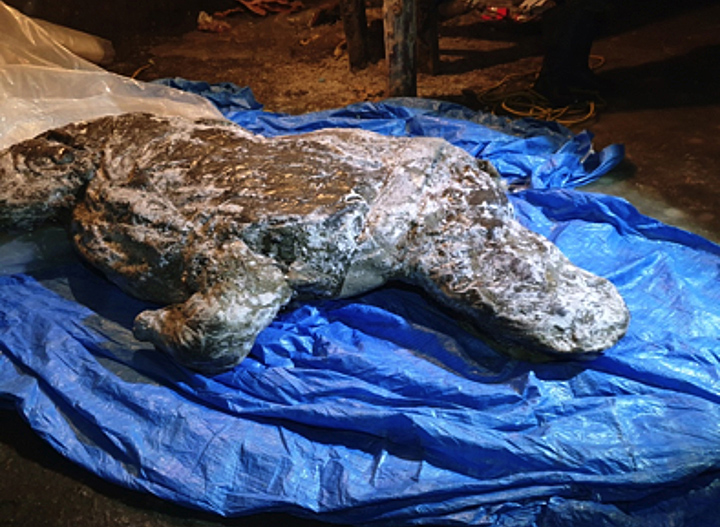 Yakutia’s vast, remote territory only has a few roads, and in the summertime, many places are only accessible by boat or by air. Not until winter do things start to open up. This is when a network of temporary ice roads begin to form, allowing truckers to transport goods to the region’s northernmost settlements.

Yet, even without a closer examination of the carcass, it’s clear this find is a big one. Previously, the only other woolly rhino found in this region was an even younger baby named Sasha, and her hair was more strawberry blonde.

Both discoveries have Plotnikov thinking woolly rhinos were already adapted to the freezing climate from a young age. Marks on the horns of this recent one suggest it foraged for food.

“There are soft tissues in the back of the carcass, possibly genitals and part of the intestine,” he told RT.

“This makes it possible to study the excreta, which will allow us to reconstruct the paleoenvironment of that period.”

The team already has plans to send the rhino to the capital of Yakutia for further analysis. The carcass will then be sent to Sweden, where researchers are working to sequence the genomes of multiple rhinos to better understand their history and why they went extinct.

Dozens in 7,000 Year Old Mass Grave Were Carefully Decapitated After Death
Scientists Have a Plan to Turn Earth Into a Giant Observatory
Earth’s Inner Core May Right Now Be in The Process of Changing Direction
Sword Mistaken For Replica Is Actually An Ancient 3,000-Year-Old Weapon
‘Funky Worm’ Fossil Helps Explain The Mysterious Origins of Amphibians