In 2013, the lives of millions of sea stars were mysteriously extinguished. Limbs that were once strong, probing arms searching for sustenance, shrivelled and tore themselves away from the rest of their bodies and melted into a sickly goo.

“There were arms everywhere,” ecologist Drew Harvell told The Atlantic‘s Ed Yong last year. “It looked like a blast zone.”

The dismal remains of these animals, who are usually capable of regenerating their own limbs, were strewn along the entire West Coast of North America, in one of the largest mass wildlife mortality events ever recorded. Over 20 species of sea stars were perishing.

In some areas, sunflower star (Pycnopodia helianthoides) populations dropped by an average of around 90 percent in weeks, a loss that saw this once common and abundant species vanish from most of its range in just a few years.

The culprit causing this sea star wasting (SSW) even got to starfish in captivity, killing individual animals within days. 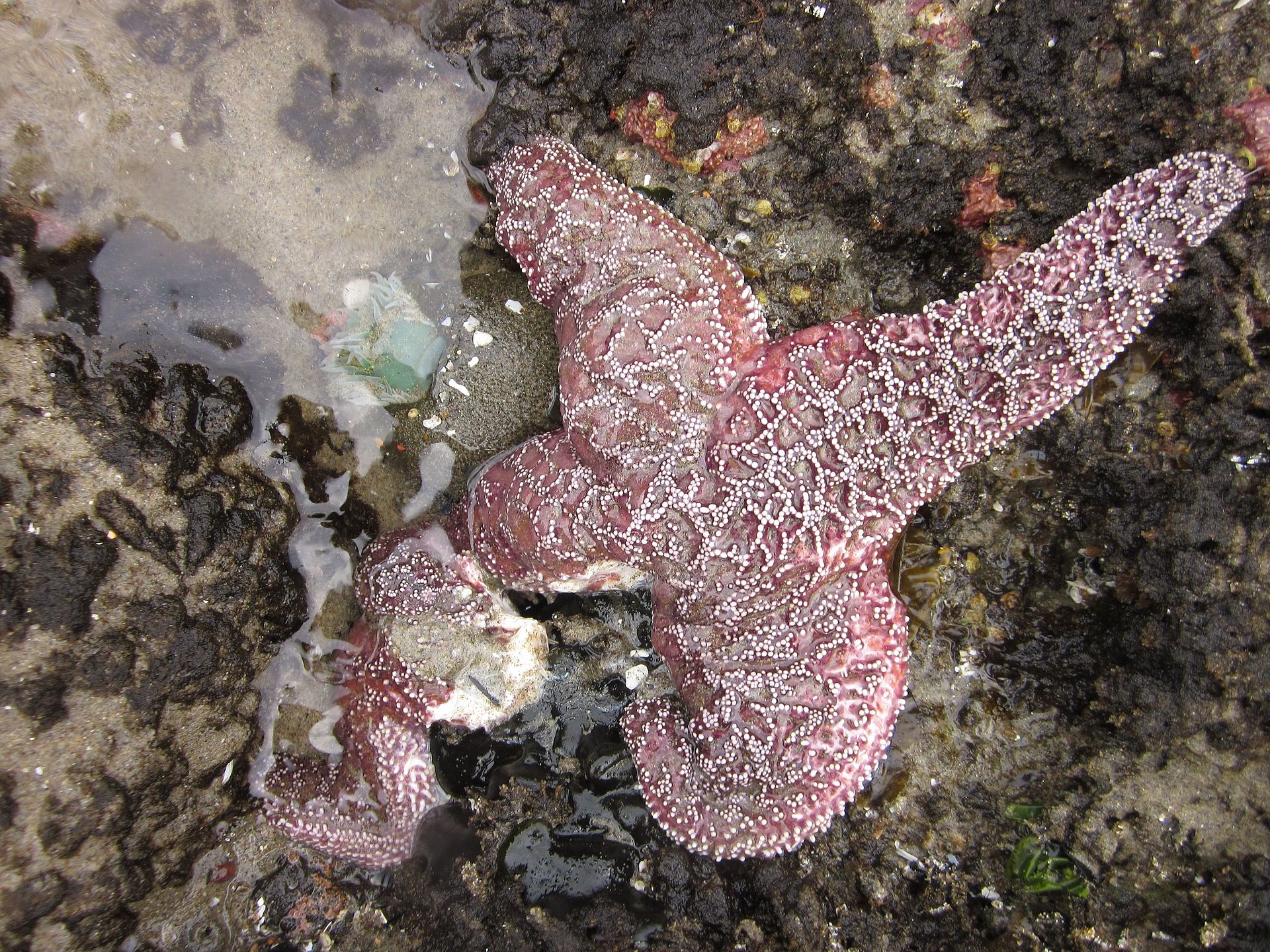 This led scientists to suspect some sort of pathogen, like a virus or bacterium, was infecting these stunning sea creatures. However, subsequent studies exonerated the lead viral suspect.

Meanwhile, more sea star deaths followed around the globe, including half a world away in Port Phillip Bay, Australia.

By comparing the types of bacteria within healthy sea stars and those suffering from the wasting disease, the researchers found bacteria that thrive in low oxygen environments were abundant in the sick animals, as were copiotrophs – bacteria that like high-nutrient environments.

Experiments back in the lab confirmed that depleting water of oxygen caused tissue-melting lesions in 75 percent of sea stars. Adding excess nutrients or phytoplankton to the water also caused the sea star’s health to decline.

Re-analysing tissue samples from the 2013 event, the researchers detected excess nitrogen – a sign these animals suffocated to death.

These microorganisms aren’t directly causing disease, but stealing the sea stars’ oxygen supply when increased levels of organic matter are triggering the microbes to bloom. As a result, the sea stars literally drown in their own environment. Then their decaying bodies further increase nutrients for the microbes, creating a horrible feedback loop of sea star death.

Aquino and team noted most SSW events are reported in late fall or summer, when phytoplankton that increase levels of nutrients in the water via photosynthesis are more abundant.

None of this bodes well for our future on a warming planet.

University of Vermont biologist Melissa Pespeni, who was not involved in the study, told Science News this complicated tangle of biological and environmental factors is “a new kind of idea for [disease] transmission.”

Devastating repercussions from the loss of these precious stars of the sea have already echoed out across entire ecosystems. The sunflower star is a voracious predator with up to 24 arms that span as far as 1 metre (3.3 ft), feeling their way across the seafloor for sea urchins, snails, and other invertebrates to devour.

Without the sunflower and other sea stars keeping sea urchins in check, these herbivores are eating their way through giant kelp forests. By 2016, sea urchins had already reduced kelp populations by 80 percent in some areas, decimating these once thriving underwater forests.

“This is a very clear example of a trophic cascade, which is an ecological domino effect triggered by changes at the end of a food chain,” said Simon Fraser University marine ecologist Isabelle Côté, who investigated the environmental aftermath last year.

“It’s a stark reminder that everything is connected to everything else.”

This research was published in Frontiers in Microbiology.

A 17th-Century Aristocrat Had a Crafty Secret For Keeping Her Teeth
A Mysterious Whirlpool Appeared Over Hawaii, And It Could Be Because of SpaceX
Bar Graphs Induce a Hidden Bias in Interpretation, Experiment Shows
New Prototype Device Generates Hydrogen From Untreated Seawater
Could ‘The Last of Us’ Ever Happen? The Real Risks of a Fungus Pandemic