In the freezing desolation of Antarctica, life is not easy for the Adélie penguin, threatened by the deluge of snow and beset by harsh winter winds.

But a newly discovered graveyard of hundreds of ancient, mummified penguins in East Antarctica shows their hardship may be even more punishingly severe in the hotter world all species are now facing.

On Long Peninsula, a team led by researchers from the University of Science and Technology of China found hundreds of mummified Adélie penguin (Pygoscelis adeliae) carcasses thought to be linked to two decades-long mass mortality events reaching back as far as 750 years ago.

Based on an analysis of the carcasses and the sediment around them, the researchers suggest the die-offs were the result of “extreme climatic anomalies” of heavy rains spurred by an influx of moist air masses.

The bad news is the team says climate change makes these kind of freak weather conditions all the more likely in the future, meaning history’s anomalous penguin graveyards could with time become part of a disturbing “new normal”.

“Since such atmospheric conditions correspond to present‐day observations, and are expected to persist if climate change continues, the mortality events revealed in this study could become an increasing threat to penguins,” the authors write in their paper.

The researchers, led by environmental geochemist Liguang Sun, discovered the mummified remains during an expedition in January 2016, finding a “strikingly large number” of preserved carcasses extensively distributed over Long Peninsula, with 10 to 15 carcasses per square metre at the site of the abandoned colonies.

“They consist of well-preserved dehydrated mummies, mostly intact or partially intact with skeletal structure, skin and feathers,” the team writes.

“Most of the carcasses are chicks, as judged by size and porous bone surfaces.”

The reason penguin chicks are particularly vulnerable to heavy rainfall and snow is because they haven’t yet grown enough waterproof feathers to protect them from extreme elements – and if the weather is unkind, they never get the chance. 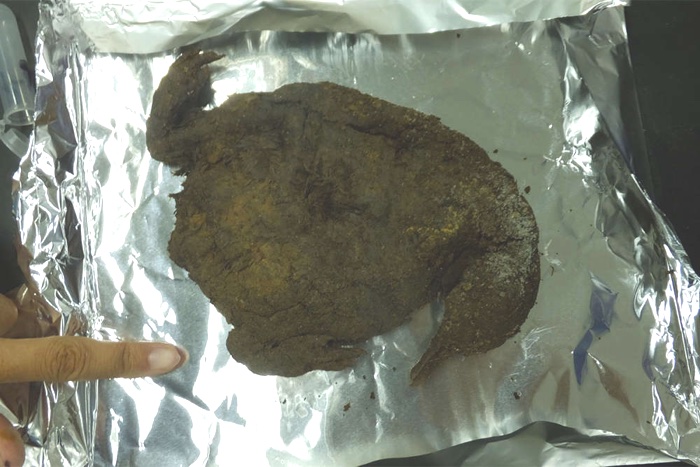 “Unlike adult penguins that have feathers to insulate them from cold water, downy chicks lack waterproof plumage,” the authors explain, “and when exposed to rain and snow, chicks can suffer from high mortality and slow growth due to hypothermia.”

The two extreme climate events described in the new research – occurring approximately 750 and 200 years ago – aren’t isolated in this regard.

As recently as the 2013/2014 breeding season, 100 percent of the chicks of ~34,000 breeding penguins died during prolonged bouts of rainfall and snowfall on Petrel Island, in what researchers called a “complete breeding failure” tied to “unusual and extreme environmental events” (a result that sadly repeated in 2016/2017).

The good news is that despite the environmental threats they face, Adélie penguins aren’t currently considered endangered, thanks to diverse spread of over 250 colonies across Antarctica, including a hidden ‘supercolony’ of 1.5 million birds discovered only this year.

For the sake of these animals’ future after today, however, the researchers say our mandate is clear.

“Generally, it is believed that the current global warming trend will continue or even worsen,” Sun told Live Science.

“Humankind needs to do more and slow the current global warming trend.”

The findings are reported in Journal of Geophysical Research: Biogeosciences.

Scientists Create Shapeshifting Humanoid Robot That Can Liquefy And Reform
Dozens in 7,000 Year Old Mass Grave Were Carefully Decapitated After Death
‘Extraordinarily Close’ Asteroid About to Zoom Past Earth, NASA Says
Physicists Break Record Firing a Laser Down Their University Corridor
This Asteroid Has Survived For 4 Billion Years. That Could Be a Huge Problem