Some 10 million years ago, the Paratethys Sea megalake – the largest lake in Earth’s history – covered an area greater than the size of today’s Mediterranean Sea. On a modern map, it would stretch from the Alps above Italy to Kazakhstan in central Asia.

Until now, little has been known about the ebb and flow of the Paratethys Sea during its lifetime, but a new study identifies four cataclysmic, climate-driven cycles that shrank the lake and most likely killed off a significant number of the species living within it.

The aquatic life in the Paratethys Sea was unique, covering everything from mollusks and crustaceans to small whales and dolphins that evolved to suit their restricted environment. As water levels dropped and salt levels rose, however, very few of these creatures would have survived, the researchers say.

“It must have been a post-apocalyptic prehistoric world, an aquatic version of the wastelands from Mad Max,” says geologist Wout Krijgsman from Utrecht University in the Netherlands. 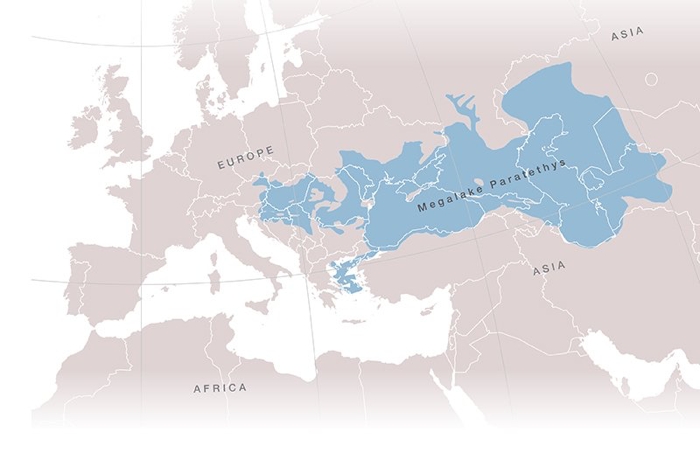 Krijgsman and his colleagues studied fossil records, sedimentary deposits, and the geology of the area around the Black Sea (at the center of where the Paratethys Sea used to be) to identify four major dips in the water level over several million years, while also modeling and simulating water levels across the region.

The most severe dip was the last one recorded, between 7.65 million and 7.9 million years ago, previously named the Great Khersonian Drying. During this episode, Paratethys Sea water levels plummeted by as much as 250 meters (820 feet), separating the megalake into mini lakes that at times would likely have been toxic to most aquatic life.

According to the scientists’ calculations, the megalake could have lost up to 70 percent of its surface area and up to a third of its volume during these dry periods.

At its peak in terms of capacity, it would’ve covered an area of some 2.8 million square kilometers (over a million square miles), holding more than 10 times the amount of water that’s found in lakes on the planet today.

Temperature and precipitation shifts across Eurasia were also affecting changes on land, with open environments replacing forest environments, and types of woodland changing. How these evolutions fed into and affected each other is yet to be fully figured out.

“The partial megalake desiccations match with climate, food-web, and landscape changes throughout Eurasia, although the exact triggers and mechanisms remain to be resolved,” write the researchers in their published paper.

Created from tectonic shifts and the rise of central European mountains, the Paratethys Sea would have survived for around 5 million years in total, the geological record shows, before alterations in the landscape meant it drained away into the Mediterranean. 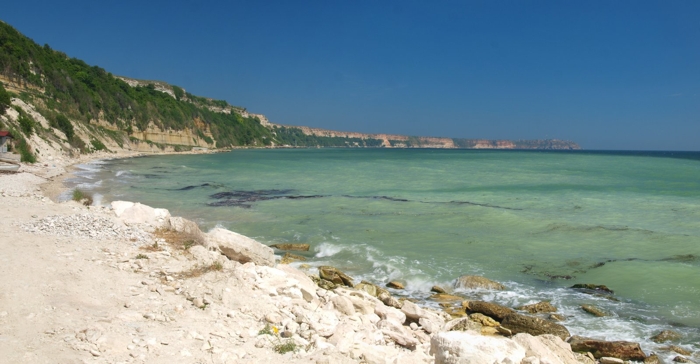 Above: Cliffs overlooking the Black Sea at Cape Kaliakra, Bulgaria are among the few remains of the ancient megalake.

Another recent study shows how dropping water levels around the Paratethys Sea turned shorelines into grasslands, providing fertile ground for the evolution of land creatures too. In fact, the diversity of the African savannah is likely to be down to migration caused by the major dry periods of this era.

Of course, climate-driven changes in landscapes and wildlife remain a very pertinent topic today, millions of years after the Paratethys Sea dried up – every study like this is a reminder of the very real threat that we face today, and as studies into the past continue, they can tell us more about our future.

“The wider impacts and implications of these hydrological crises, in particular beyond the Paratethys area, are still poorly understood,” write the researchers.