Each city is populated by a unique host of microbial organisms, and this microbial ‘fingerprint’ is so distinctive, the DNA on your shoe is likely enough to identify where you live, scientists say.

In a new study, researchers took thousands of samples from mass transit systems in 60 cities across the world, swabbing common touch points like turnstiles and railings in bustling subways and bus stations across the world.

Subjecting over 4,700 of the collected samples to metagenomic sequencing (the study of genetic material collected from the environment), scientists created a global atlas of the urban microbial ecosystem, which they say is the first systematic catalog of its kind.

The results suggest that no two cities are alike, with each major metropolis studied so far revealing a unique ‘molecular echo’ of the microbial species that inhabit it, distinct from populations found in other urban environments. 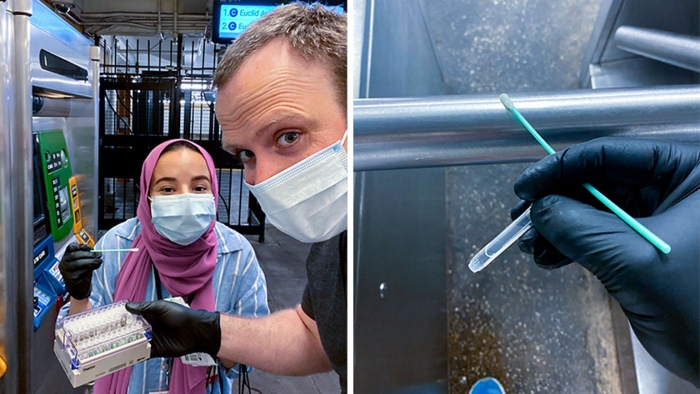 Not only that, but the three-year analysis turned up thousands of previously unidentified kinds of microorganisms, including almost 11,000 viruses and over 1,300 types of bacteria that didn’t match any known species.

“Every time you sit down in the subway, you are likely commuting with an entirely new species,” says systems biologist Christopher Mason from Cornell University.

The team, comprising a consortium of dozens of scientists from over 60 research organizations, ultimately collected the samples from 32 countries across six continents, but the project began with more modest aims, analyzing microbial specimens found in the New York City subway system.

After that work began to get attention, Mason founded MetaSUB, an international collaboration attempting to document the urban biome that millions of people interact with each day.

“It is now apparent that cities, in general, have an impact on human health, though the mechanisms of this impact are broadly variable and often little understood,” the researchers write in their new study.

“Indeed, our understanding of microbial dynamics in the urban environment outside of pandemics has only just begun.” 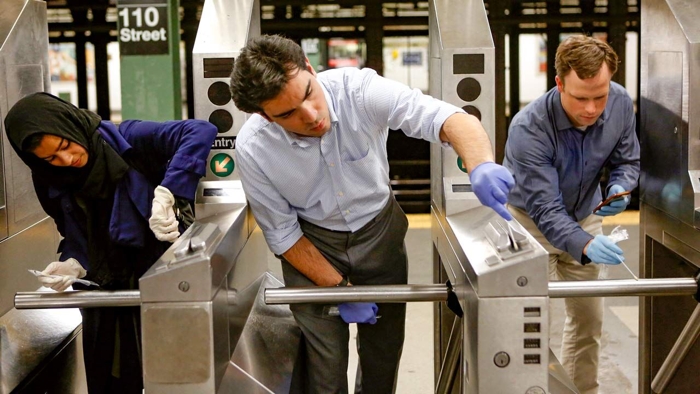 The new results bear that observation out. Amongst the 4,728 metagenomic samples analyzed (all of which were collected prior to the COVID-19 pandemic), a far greater amount of unknown microbes was found than known microbes.

In total 10,928 viruses, 1,302 bacteria, 2 archaea, and 838,532 CRISPR arrays (fragments of viral DNA) were identified that didn’t have a match in reference databases, compared with some 4,246 species of urban microorganisms that had previously been identified.

Of these, the researchers say a set of 31 non-human microbe species was found in 97 percent of samples: a consistent ‘core’ urban microbiome that appears virtually everywhere it seems.

On top of that core, however, distinct geographic variations of microbial populations exist in each city. So much so, in fact, that Mason says he could predict with about 90 percent accuracy where a person lives, if the DNA on their shoes was sequenced.

“A microbiome contains molecular echoes of the place where it was collected,” says first author of the study David Danko, MetaSUB’s director of bioinformatics.

“A coastal sample may contain salt-loving microbes while a sample from a densely populated city may show striking biodiversity.”

Aside from differentiating the distinct signatures of each metropolitan microbiome, the researchers hope to discover new ways to identify health threats in microbial populations, such as antibiotic-resistant strains of bacteria – evidence for which was found to be globally widespread among the study’s cities, although not in abundance.

What remains to be seen is whether each city’s microbial uniqueness is a matter of random chance, or if there is a deeper significance to the geographical variations that we don’t yet fully appreciate.

In addition to revealing potentially lurking pathogens, the diverse world of invisible microbes within cities may also hold promising opportunities for medicine, helping us to discover biosynthetic gene clusters (BGCs) – compounds with significant potential for future antibiotics and other drugs.

“One of the next steps is to synthesize and validate some of these molecules and predicted BGCs, and then see what they do medically or therapeutically,” Mason says.

“People often think a rainforest is a bounty of biodiversity and new molecules for therapies, but the same is true of a subway railing or bench.”

The findings are reported in Cell.

Termites Love Global Warming So Much That They May Make It Worse, Says Study
Does IQ Decline as We Age? One Type of Intelligence Peaks in Your Twenties
Engineers Gave a Car a Pair of Eyes to Make Future Roads Safer For Pedestrians
We Have Our First Look at Neptune’s Rings in 33 Years, And They’re Glorious
One of The World’s Largest Organisms Is Disintegrating. Here’s How We Might Save It.