Every eight years during fall, a plague of millipedes swarm train lines in mountainous Japan, earning them the nickname ‘train millipedes’.

Working together, these small beasties (around 3 cm or 1.18 inches long) – which play a large role cycling nitrogen in Japan’s larch forests – have forced trains to come to a skidding halt.

Up until now, scientists weren’t quite sure what was causing them to swarm with such peculiar regularity, but a 50-year research project has finally confirmed that the species - Parafontaria laminata armigera (P. l. a.) – exists on a rare eight-year life cycle.

This confirmation is incredibly exciting, as cicadas are the only other known periodical animals with lifespans this long.

“This millipede needs seven years from egg to adult and one more year for maturation,” the team writes in their new paper.

“Thus, the eight-year periodicity of P. l. a. was confirmed by tracing the complete life history from eggs to adults in two different locations.”

We don’t know why cicadas emerge in 13- and 17-year intervals, but thanks to some incredible research, we do now understand the eight-year life cycle of the train millipedes. 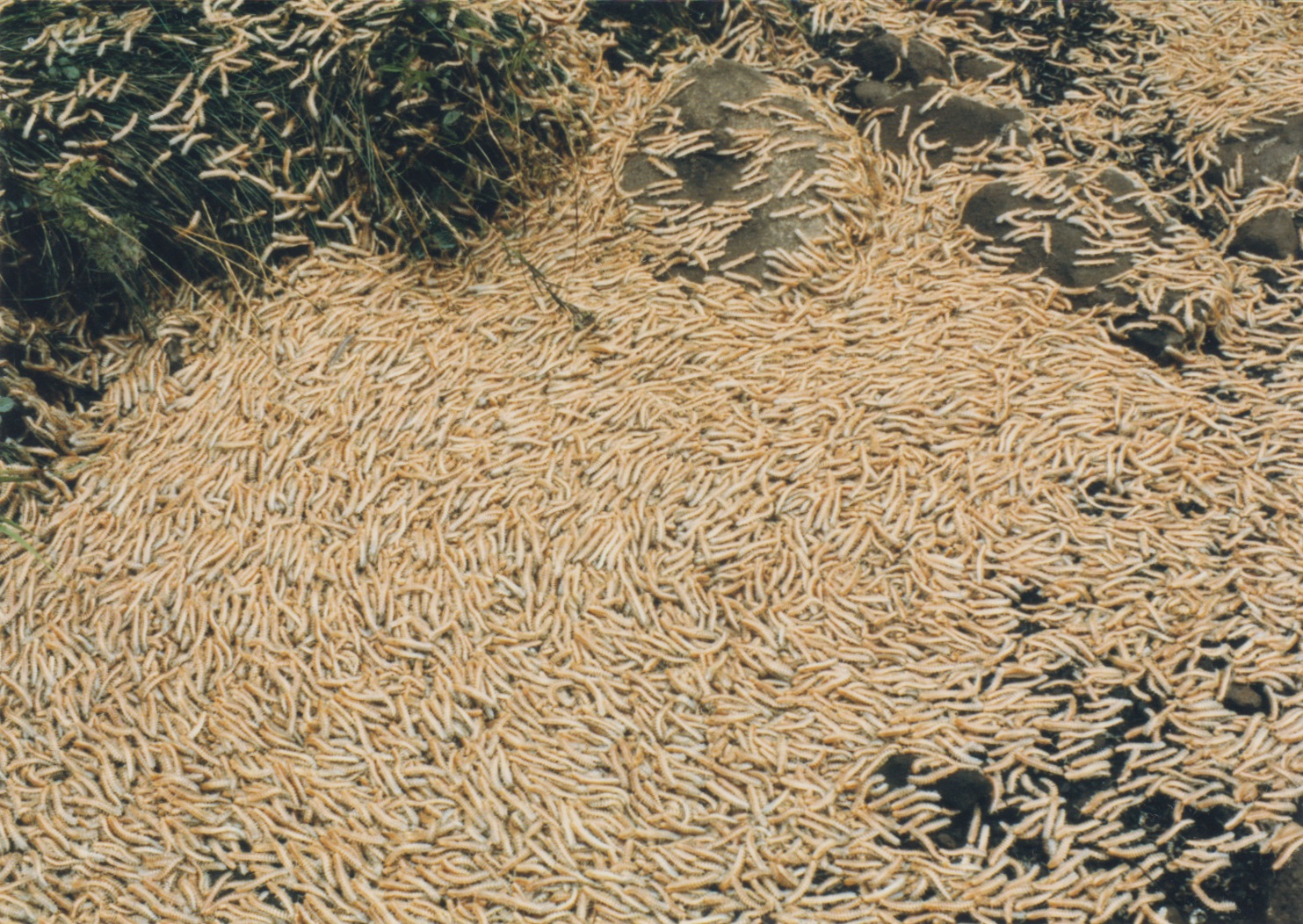 Lead author and government ecologist Keiko Niijima first started conducting observations into these millipedes in 1972, and two main sites were surveyed between one and five times per year for many of the years between then and 2016.

It was quite an operation, and when they got to the two sites at Mt. Yatsu and Yanagisawa, the job wasn’t exactly easy and quick either.

“The soil to a depth of 0–5 cm was dug out, spread on a polyethylene sheet and the millipedes on the sheet were collected using forceps or an aspirator,” the researchers explain.

Collecting any millipedes they found, they discovered that the millipedes have seven stages (called instars) of growing up, all of which stay in the soil and hibernate during winter and then molt in the summer.

“The train millipedes undertake a molting in the summer every year and have seven larval instars,” the researchers write.

“They become adults by the eighth molting after eight years from egg deposition.”

Then, the adults swarm on the surface in September and October, sometimes travelling up to 50 metres to get frisky before hibernating during the winter, and copulate again in late spring.

By August, the females have laid 400 to 1,000 eggs and the adults have all died – ready for another eight-year generation.

As with cicadas, the millipede’s eight years aren’t all in sync everywhere.

In fact, the team suspects there are seven broods across the mountainous region of Central Japan that completed their lifecycle each in different years. That being said though, they don’t move much, so a particular train line will continue to have the same issue every eight to 16 years from one brood.

Looking at historical records dating all the way back to the 1910s, the researchers were able to attribute nearly every reported millipede swarming to one of the seven broods.

“We have shown the existence of a periodical millipede, a new addition to periodical organisms with long life cycles: periodical cicadas, bamboos and some plants in the genus Strobilanthes,” the team writes.

With arthropods and insects making up a huge percentage of all animals on Earth, and only a fifth having been identified or named, there’s likely to be plenty more long periodic life cycles out there.

All we’ve got to do is find them.