Let’s turn back the hands of time. Before extinction knocked dinosaurs off their pillar, before the “Great Dying” extinction wiped out 95 percent of all organisms – we had the Paleozoic Era.

During this age in Earth’s history, between 541 million and 252 million years ago, arthropods (animals with exoskeletons such as insects, crustaceans, scorpions, and horseshoe crabs) were exploring the extremes of size, from tiny to huge.

In fact, some Paleozoic arthropods represent the largest animals on Earth at the time. If you were to take a swim in the Paleozoic oceans, you may have been fortunate (or unfortunate) enough to find one of the most fearsome of these extinct arthropods: the sea scorpions, Eurypterida.

Our new research, published in Gondwana Research, is the most comprehensive collection of information on these fascinating creatures that once roamed Australian waters. 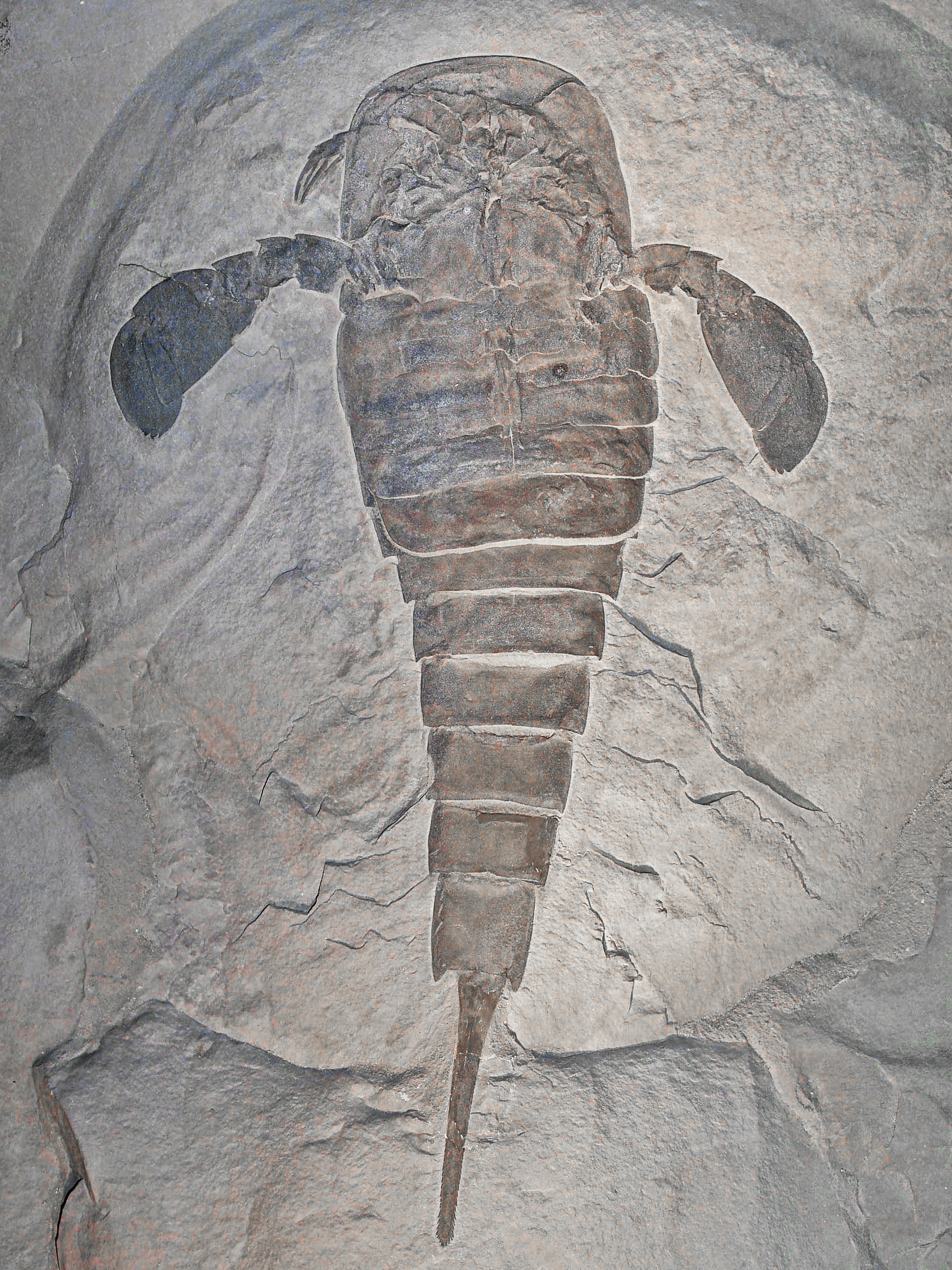 A sight to behold

Although Eurypterida looked broadly like scorpions (with a similar body shape, albeit built for swimming), they were not. They were more like the cousins of modern scorpions.

An exceptional part of the sea scorpion evolutionary story is how they fit into the narrative of Paleozoic gigantism.

Sea scorpions include the largest marine predators to have ever arisen in the fossil record, including one species thought to have been more than 2.5 metres long (8 foot long), Jaekelopterus rhenaniae. Back then, some of these giants were effectively in the same place in their food web as the modern great white shark.

These likely agile swimmers would have used their large front limbs, armed with claws, to grab their prey, which they would then crush between the teeth-like structures on their legs (called gnathobasic spines).

While we’re not sure exactly what these large animals ate, it’s likely fish and smaller arthropods would have been on the menu. And if humans had been around swimming in the sea, maybe us too!

The size of the largest extinct sea scorpions, relative to a human. (Slate Weasel/Wikimedia/Modified)

A fascinating (but murky) history

Australia is famous for its array of curious animals, including unique modern species such as the platypus. And this uniqueness extends far into the fossil record, with sea scorpions being a case in point.

But the scientific record and study of Australian sea scorpions has been patchy. The first documented specimen, published in 1899, consisted of a fragmented exoskeleton section found in Melbourne.

Prior to our new research examining the completeness of the group in Australia, there were about ten records – and only one other attempt to pool everything together. As such, the diversity and spread of these fossils was fairly uncertain.

For us, revisiting these amazing fossils resulted in a few trips to different Australian museums. We also had specimens sent to us at the University of New England to examine in person.

This journey of paleontological discovery uncovered many sea scorpion fossils than hadn’t previously been noted. As a result, we now have evidence of a possible six different groups that existed in Australia.

Collating these specimens together in our most recent publication, we illustrate the Pterygotidae (the family of sea scorpions that reached 2.5 metres long) dominated the group’s Australian fossil record. Although this had been noted before, the abundance of material from different locations and time periods, especially from Victoria, was unexpected.

Back to the source

Besides showcasing the largest number of Australian sea scorpions, our paper also outlines the overall lack of information on these animals.

Despite there being much fragmented material, there is only one (mostly) complete specimen, Adelophthalmus waterstoni, measuring just 5.7cm long.

Future research will involve revisiting the sites where these specimens were originally collected, in the hope of finding more complete specimens. Not only will this help document Australian sea scorpion species better, it will also allow for a more complete understanding of the environments in which they lived.

Ultimately, one thing is clear – there is much left to uncover about these titans that swam through Australia’s prehistoric oceans.

The authors thank Natalie Schroeder Geoscience Australia for her help with this project.

These toadlets are so tiny they can’t balance anymore, and the footage is ridiculous
Webb is about to reveal the deepest view of the Universe ever, and we can’t wait
The deep ocean might store way less carbon than we hoped
30,000-year-old baby mammoth found almost perfectly preserved in Canadian gold fields
Deepest shipwreck ever found discovered at nearly 7,000 meters below sea level