Whether loved ones or strangers, wild gorillas in the forests of Rwanda and Congo appear to be fascinated by their dead.

Researchers have now recorded three instances of these creatures gathering around, and sometimes even on, gorilla corpses – staring, sniffing, licking, touching, and grooming them for minutes on end.

The first two sightings were of silverback mountain gorillas (Gorilla beringei beringei), congregating around the fallen leaders of their own tribe; while the third example was a group of Grauer’s gorillas (Gorilla b. graueri) investigating an unknown corpse of another sub-species.

Catalogued through reports, photos, and videos, in all three cases, the gorillas sat quietly within 10 metres of the corpse, sometimes coming closer to touch or sniff them. 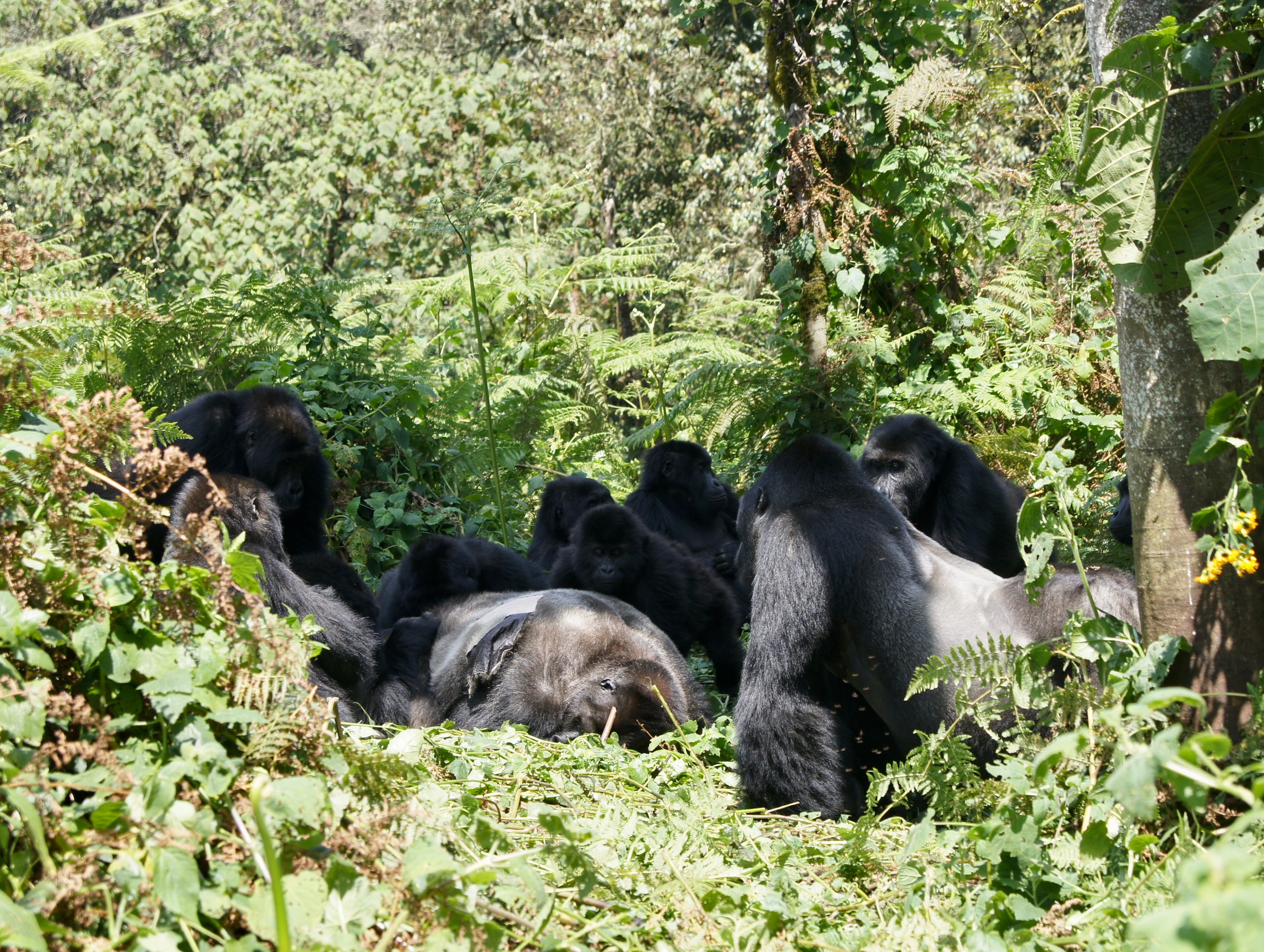 “Our observations were surprising because not only did almost all individuals in Grauer’s gorilla Group Chimanuka engage with the corpse of the extra-group silverback,” the authors write, “their behavioral responses were strikingly similar to those of the mountain gorillas around the corpses of established group members.”

The authors note that this is a similar response to elephants, which are often attracted to dead corpses of their own species, even if they never knew them or aren’t related.

This suggests that gorillas may feel compassion and grief towards dying loved ones as well as a general curiosity towards the very concept of death.

And, unsurprisingly, those gorillas with stronger relationships to the deceased tended to stick around for longer.

The son of the female gorilla, for instance, was observed lying and sitting on his mother’s motionless body, staring at her face and gently moving her head with his hands.

“He groomed her corpse and even attempted to suckle for a few seconds despite already being weaned,” the authors write. Still, not all of the touching was quite so gentle. Often, the male gorillas were found ‘displaying’ themselves to these corpses, beating their chests and making repeated vocalisations.

At one point, the son of the female dominant even kicked his mother, and in the case of the stranger, the corpse was pushed down a slope.

But while this behaviour may come across as aggressive, the researchers explain that it may simply be “a sign of frustration at failed attempts to rouse the dead individual.”

“In gorilla society, interactions between groups or between a group and a lone silverback—a potential competitor—generally result in avoidance or aggression with or without physical contact,” explained one of the lead authors, Amy Porter from the Dian Fossey Gorilla Fund International, in an email to Gizmodo.

In the case of the Grauer’s gorillas, however, the interaction with a strange silverback corpse was surprisingly peaceful.

For nearly 20 minutes, the animals shifted around the corpse, staring at it from different angles and sniffing, licking and poking it.

The only real difference was that the females tended to be a little more wary. In fact, only one female in the group came to check out the body, and the researchers think this is because an out-of-group gorilla is often known for infanticide risk.

The research has given scientists a better perspective on how gorillas perceive and process death, not only with their family members but also with complete strangers.

Today, these examples add to a growing body of research that suggests humans are not the only animals on Earth capable of grief.

This study has been published in PeerJ – the Journal of Life and Environmental Sciences.

The Star Betelgeuse Went a Little Dim in 2019. Astronomers Think They Know Why
The human brain may not be shrinking after all
An experimental surgical robot is headed to the International Space Station
This Seemingly Simple Foot Feature May’ve Allowed Sauropods to Become Giants
Astronomers Charted The Sun’s Life, And This Is How The Story Ends