When by itself, a rat immediately leaps to the aid of another in need. But when there are other rats around, their behaviour could depend on what the bystander rats do. This is the finding of a new ‘bystander effect’ study, and it might sound familiar to you.

“We are constantly looking at others to see their reactions. And this is not a human thing. This is a mammalian thing,” neurobiologist Peggy Mason from the University of Chicago told NPR.

Back in 1969, a now-questioned study found the more human bystanders witness an emergency, the less likely a person is to help someone in need. This has been labelled the bystander effect, and has become a well-known phenomenon in modern psychology research.

However, since the 60s, new research has shown this effect is not always true; even the tragic murder story that inspired the original bystander effect studies was later proven inaccurate.

A 2011 review of 105 studies on the bystander effect found that while the effect can be true in very specific circumstances – for example, in a made-up crisis situation when the other bystanders have been instructed not to help – in other situations, humans will help each other readily.

“Additional bystanders even lead to more, rather than less, helping,” the researchers wrote, concluding that if there is a real person in need of help under real conditions, people are likely to help them.

Last year, this was compellingly backed up by footage of real-world emergency incidents that showed in more than 90 percent of cases and across several countries, bystanders did aid those in need.

“The more people around, the greater number of people who have the potential or the willingness to do something,” psychologist Richard Philpot of Lancaster University told New Scientist in 2019.

Other research has indicated that even when bystanders do find themselves “frozen” and unable to offer help, they are still actually concerned for the victim. The reason for their lack of action is not due to apathy, but other established psychological processes like fear, of seeming foolish, or faulty assumptions. 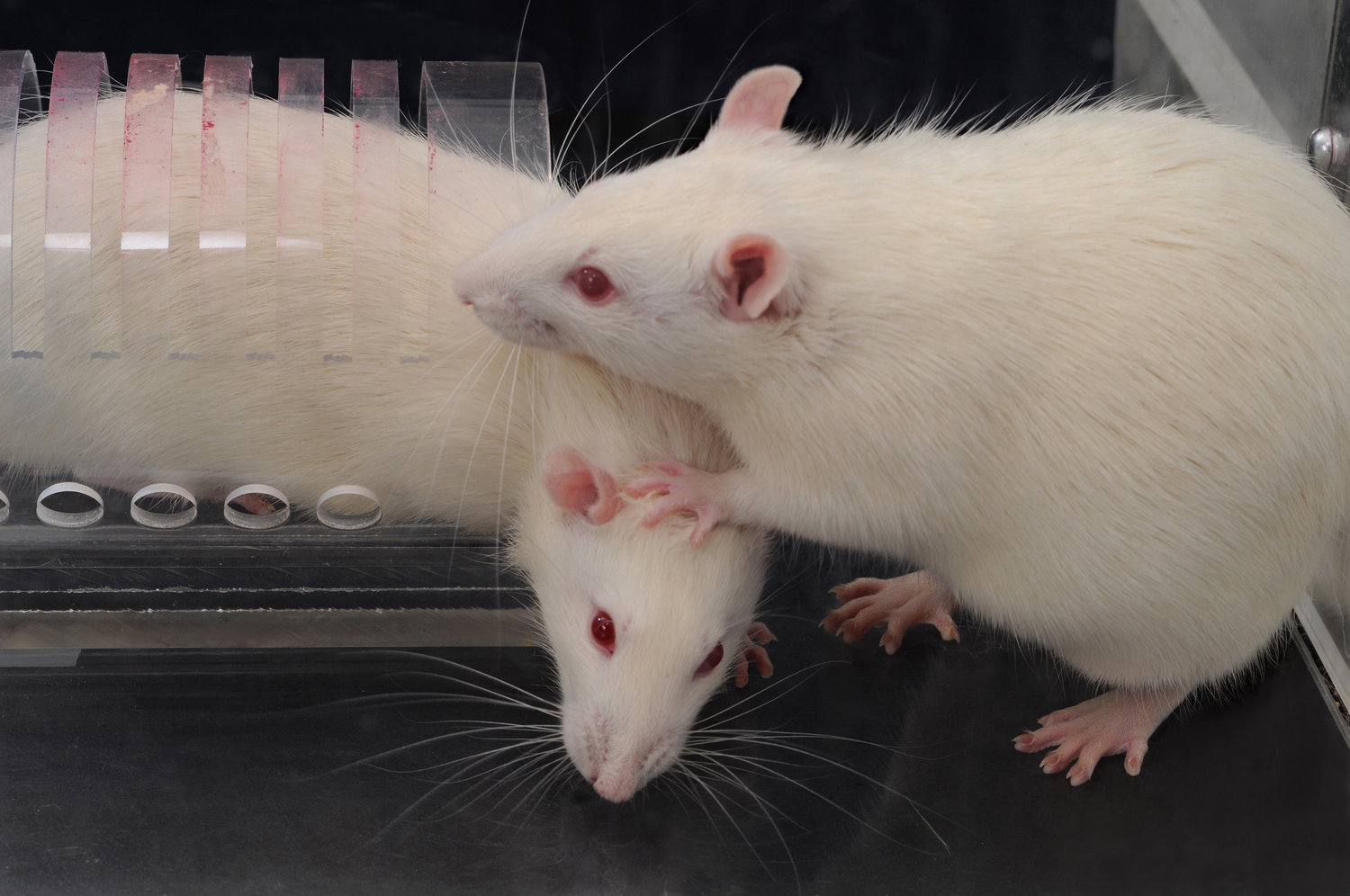 Rat opens a trap door to free its companion from a restrainer (while stepping on its head). (David Christopher/University of Chicago)

Which brings us back to the rats. Like us, they are a highly social species. Mason, her student John Havlik, and colleagues have now replicated the original 1969 human bystander study using rats, in order to see if there’s any discernible biological component to the behaviour.

The researchers placed a rat in a cage with another who was trapped. In some cases, there was just one free rat, the main subject of the study; in others it was accompanied either by ‘bystander’ rats who had been drugged with anti-anxiety drugs previously shown to stop them from being helpful, or by untreated bystander rats.

When the bystanders were drugged, the free rat was less likely to help the trapped rat, than when the free rat had no bystander rats around.

Havlik and colleagues suggest the bystander effect may tell us more about social conformity in general rather than just in this particular scenario. They found that rats were more influenced by other rats that were familiar to them (the same strain) than those unfamiliar – another well-known behaviour in humans.

But when the bystander rats weren’t drugged, the entire group of animals were even more likely to try to free their confined friend than solo rats – contradicting the bystander effect just as the more recent human studies have done.

“The reason we see these patterns of helpfulness goes deeper than the lessons we learned in kindergarten about being nice to each other,” said medical doctor Maura Jacobi who was a student at University of Chicago at the time. “This is a phenomenon that’s not exclusive to humans.”

Our natural inclination to help others in need runs very deep within our mammalian heritage, but so does our need to conform.

This study was published in Science Advances.

‘Funky Worm’ Fossil Helps Explain The Mysterious Origins of Amphibians
Mysterious Medieval City in Africa Had a Genius System to Survive Drought
Intriguing Meteorite From Mars Reveals ‘Huge Organic Diversity’, Scientists Say
Scans of Mummified ‘Golden Boy’ Reveal He Was Covered in Magical Protections
There’s a ‘Lost City’ Deep in The Ocean, And It’s Unlike Anything We’ve Ever Seen