A expedition to explore a giant sinkhole in the forest of Guangxi, China has resulted in the discovery of a tremendous cave hall complex under the ground.

At 6.7 million cubic metres (236 million cubic feet), the cave’s volume is of a rare enormity, making it ‘world class,’ geological experts are reported as saying.

The expedition was a joint venture between China and the UK, led by Zhang Yuanhai of the Institute of Karst Geology of the Chinese Academy of Geological Sciences, and British Caving Association chairman Andy Eavis.

From 4 to 8 October, the 19-member team lowered themselves into the tiankeng - the Chinese name given to this type of unusually large sinkhole – using just a single rope. Once inside, they set about mapping the interior.

“This time we mainly determined its volume and world-class status through three-dimensional scanning.”

It contains corridors, halls, craters, collapsed rocks, stone pillars and a type of formation called cave pearls – small, round stones polished smooth by water and deposited in cave crannies, where they sit undisturbed.

A shaft in the large cave hall was found to connect to an underground river, which feeds into the nearby Panyang River.

The 3D scanning will also let geologists reconstruct how the sinkhole collapsed.

“Three-dimensional scanning found that Hong Kong·Haiting Hall has retained a lot of evidence of the collapse of the crater evolution, especially the traces of rock mechanics produced after the collapse, which are clearly visible, demonstrating the evolutionary characteristics of this tiankeng,” Zhang Yuanhai said.

Tiankengs are usually the result of the collapse of an underground cavern, which has slowly been eroded by geological forces, such as water.

For example, the 626 metre (2,054 ft) long Xiaozhai Tiankeng, or Heavenly Pit – the largest sinkhole in the world – formed over the the limestone Difeng cave, which had been carved out by a powerful underground river. 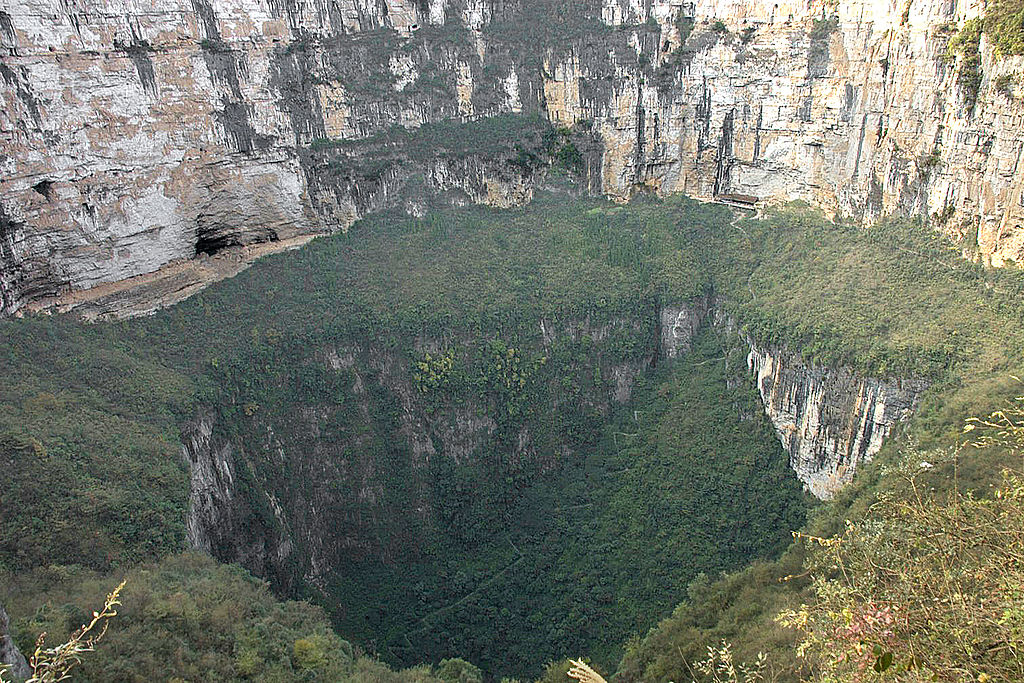 It’s likely that Hong Kong·Haiting Hall was formed in a similar manner.

“These giant caves are natural caves, most of which are caused by collapses and are related to underground rivers,” said Zhang Yuanhai.

But he also added, “The formation of all caves is not a one-step process. They basically have a history of more than 2 million years.”

Mysterious Medieval City in Africa Had a Genius System to Survive Drought
A Lost Interview With The ‘Father of The Big Bang’ Was Just Discovered
Stunning Green Comet Will Be Closest to Earth Today, at Peak Brightness
Newly Discovered Fossil Reveals Hundreds of Teeth ‘Never Seen Before in a Pterosaur’
Embers of an Ancient Inferno Pinpoint The Worst Extinction in Earth’s History