The last time something like this happened was 2006. Most years, Alabama sees only one or two wasp ‘super nests’: giant wasp fortresses that sometimes even professional pest controllers won’t touch.

In 2006, things were different. Nature kicked into overdrive that year, and Alabama turned out at least 90 of these dangerous super-formations. Now, it looks like it’s happening again – and 2019 might even be worse.

According to entomologist Charles Ray, the 2006 super nest outbreak only began in June that year. This year, these ‘perennial’ super nests – which can survive the winter, unlike usual nests – started to show up in May.

“We have found them attached to home exteriors and other places you might not expect to find yellow jackets,” Ray says.

“The most workers I have counted in a perennial nest is about 15,000 or about three to four times more than a normal nest. However, one nest in South Carolina was documented with more [than] 250,000 workers.”

Ray, who works as a researcher at Alabama’s Auburn University, has confirmed four super nests this year. 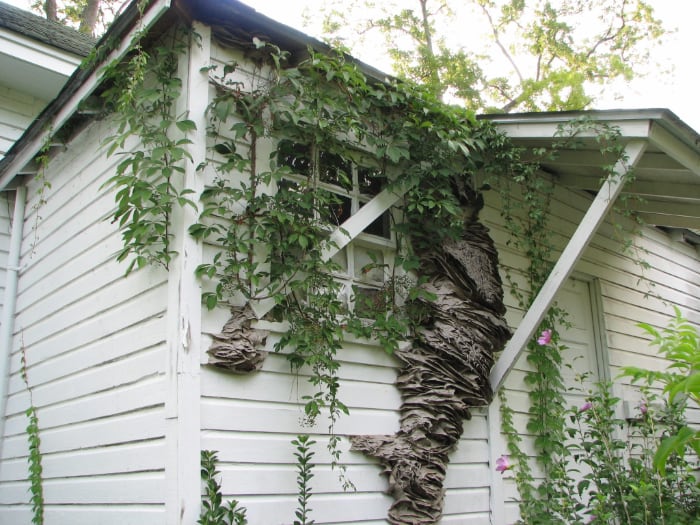 That already makes 2019’s super nest count double or quadruple an average year – but it’s not the count that makes Ray concerned so much as the timing of their emergence.

“If we are seeing them a month sooner than we did in 2006, I am very concerned that there will be a large number of them in the state,” Ray says.

“The nests I have seen this year already have more than 10,000 workers and are expanding rapidly.”

An ordinary nest of yellow jackets might peak at around 4,000 to 5,000 workers, and usually doesn’t get any larger than a volleyball in size.

Super nests can stretch up to several feet wide, encompassing huge numbers of wasps and sometimes multiple queens – which Ray says is the best way to identify if a nest is a perennial. 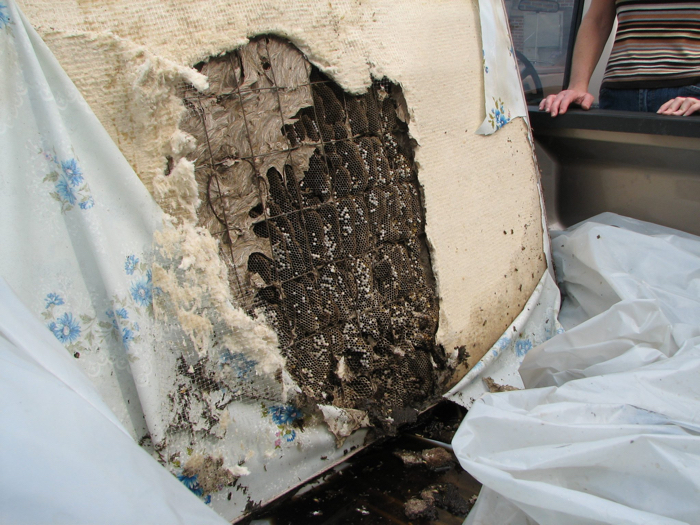 In addition to the four super nests he’s confirmed in person, Ray has identified several others in pictures sent to him.

Usually, wasp nests die out over winter, as the worker wasps can’t generally survive the colder months, or run out of food sources.

In warmer years, though, those challenges aren’t always as threatening, leading to circumstances in which perennial, persistent nests can emerge – especially if more wasps survive the cold spell until the next spring.

The most important thing – if you think you might have a super nest on or around your house – is not to try and deal with it yourself.

“First and foremost, do not disturb the nest,” Ray says.

“While these giant nests often appear less aggressive than smaller colonies, it is important that people do not disturb the nests.”

It’s a point reiterated by one of Ray’s fellow entomologists at the Alabama Cooperative Extension System, Xing Ping Hu.

“Unlike other stinging insects, yellow jackets like to sting people,” Hu says.

“Unlike honey bees, yellow jackets do not lose their stinger, so each insect can sting repeatedly and generally attack in large numbers. They are especially dangerous in the summer.”

Those dangers only increase with numbers, which is why researchers say it’s imperative that you get professional pest controllers to help you remove these giant super nests (although not even commercial operators are always equipped to deal with perennials).

One family who tried to do it themselves learnt the hard way how dangerous these wasp fortresses can be.

James Barron of southern Alabama tried to spray a super nest with the help of his adult son earlier this year. Before falling back in retreat from an immediately aroused horde, Barron was stung 11 separate times.

“They’re worrying me, because a child wouldn’t have a chance out there,” Barron told The New York Times.

“I have many grandkids. A child couldn’t run fast enough, and I’m worried about that.”

Study Attempts to Unravel The Best Ratio of Land to Ocean For Exoplanet Habitability
Volcanoes May Have Transformed Venus Into a Blistering Hellscape
Here’s How NASA Determines Which Applicants Make It to Be Astronauts
Roman Coins Once Thought to Be Fake Reveal a Long Lost Historical Figure
Emperor’s Secret Code Cracked After Five Centuries, Revealing His Fears