Spend a few minutes watching the graceful dance of an octopus on the prowl and you’ll quickly appreciate their talent for making their arms flow like a living liquid.

It’s one thing to marvel at their flexibility. To really get a grip on their motor skills, researchers from the Marine Biological Laboratory in Massachusetts put ten specimens in their own specially sectioned tanks to film every twitch of their limbs.

All up, 120 minutes of footage collected over several months contained a total of 16,563 arm deformations from 10 octopuses, providing plenty of examples of just about every kind of bend, clockwise twist, anti-clockwise turn, contraction and elongation imaginable.

We can easily assume the octopus ranks high among animals for dexterity, outperforming similar boneless movements found in worm torsos, elephant trunks, and even our own twisting tongues.

But in science, assumptions are for chumps. Hard data matter, and surprisingly nobody had actually mapped the precise movements of an octopus’s arms. 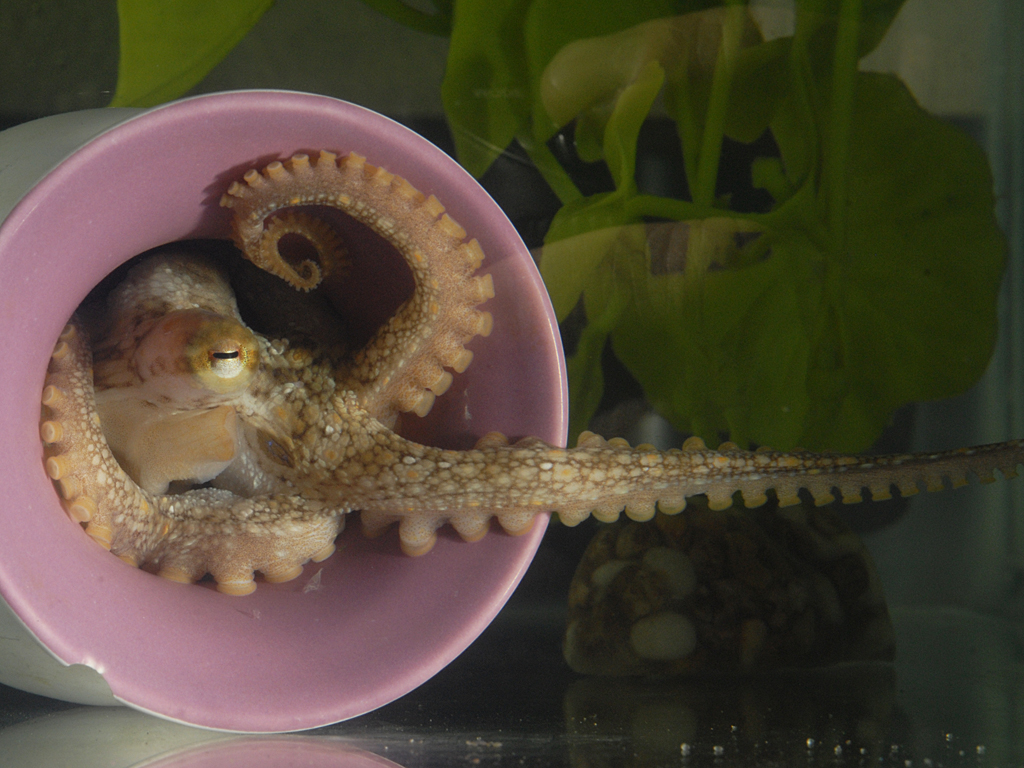 We already have a good sense of octopus anatomy and physiology. Each arm is essentially a cord of nerves extending down from its own unique brain centre, giving limbs an ability to reflexively make individual decisions based on its unique sensory system.

In fact, two-thirds of an octopus’s neurons are spread out through its eight arms this way, meaning there is more ‘brain’ in its limbs than in any one central place. Densely packed transverse muscles surround each arm’s axial nerve chord, which is linked to a wrapping of longitudinal muscles with fibres that run lengthwise down the limb.

Slanted strips of oblique muscle fibre are interspersed with these longitudinal muscles, angled in two directions to provide torsion in clockwise and anticlockwise directions. Lastly, there is yet another layer of muscle on top, with its meatiest part towards the arm’s base.

This complex arrangement of musculature implies octopuses have the ability to perform four types of movement – bending (which includes towards and away from the mouth), two directions of torsion, elongation, and shortening.

To show precisely which kinds of movements each bit of an octopus’s arm is actually capable of doing, ten wild California two-spot octopuses (Octopus bimaculoides) were caught and housed in glass aquariums at the Marine Biological Laboratory.

Some of the tanks allowed the animals to move about freely. Others had clear barriers containing a small hole – just large enough to poke a single arm or two through.

Then there were the tanks with screens containing a bunch of holes, some of which allowed the subjects to reach out to variously textured objects or food items.

Each space encouraged different types of movement, with multiple cameras set up to capture the full range of movements of all limbs where possible.

Take a look for yourself in the clip below.

Using the changing distances between suckers as a guide, the team quantified the variety of movements practiced by each specific arm, right down its length.

All sections of the limbs twisted clockwise and anticlockwise, for example, with no real preference for one direction of the other, ruling out any real ‘handedness’ in arm rotation.

But the specimens did seem to show a preference in arms when it came to reaching forth, with the two ‘front’ arm pairs elongating far more often than the two ‘rear’ arm pairs.

“Even our research team, which is very familiar with octopuses, was surprised by the extreme versatility of each of the eight arms as we analysed the videos frame-by-frame,” says lead researcher and cephalopod expert, Roger Hanlon, an evolutionary biologist from The University of Chicago.

These amazing molluscs also deserve a blue ribbon when it comes to contortion; we could use their bodies for inspiration in developing technology that squirms and worms its way into crevices.

“These detailed analyses can help guide the next step of determining neural control and coordination of octopus arms, and may uncover design principles that can inspire the creation of next-generation soft robots,” says Hanlon.

Think soft robots that slither through collapsed buildings in search of victims, or even self-guiding intubation tubes that slither safely down a patient’s windpipe with the deftness of an octopus hunting crustaceans.

It’s a dance we can appreciate all the more now that we know there truly is no other animal quite like it.

A Famous Golden Palace in Spain Is Turning Purple, And Now We Know Why
Secret Clues in Tutankhamun’s Tomb Reignite The Idea That Nefertiti Is Hidden Nearby
Chimps And Gorillas Seen Hanging Together In The Wild, And We Wish We Were Invited
There’s a New Quantum Computing Record: Control of a 6-Qubit Processor in Silicon
Biology Inspires a New Kind of Water-Based Circuit That Could Transform Computing