Hidden in the evergreen forests of Guinea and Liberia, scientists have discovered a new species of snake that can deliver a venomous stab all without even opening its mouth.

It’s an unusual skill that belongs solely to stiletto snakes, which have long fangs they can stick in and out of the corners of their mouths, allowing these creatures to stab sideways.

Match that with their ability to lunge great distances and you have a wily opponent, even for a herpetologist. As experts from Berlin’s Natural History Museum found out, picking up and putting down a stiletto snake requires special care. (WARNING: graphic photo of a bite wound further down.)

When the researchers first stumbled upon this nocturnal species in Liberia, crawling along the dark slopes of an evergreen forest, they tried to wrangle it in the usual way, gripping the snake behind the head with their fingers.

That was not, as it turns out, the best idea.

“In this head position, the snake repeatedly tried to strike,” the authors write.

“Either it tried to move slowly away from the human observers or it abruptly coiled and uncoiled, often jumping distances equalling almost its entire body length, similar to wolf snakes of the genus Lycophidion.” 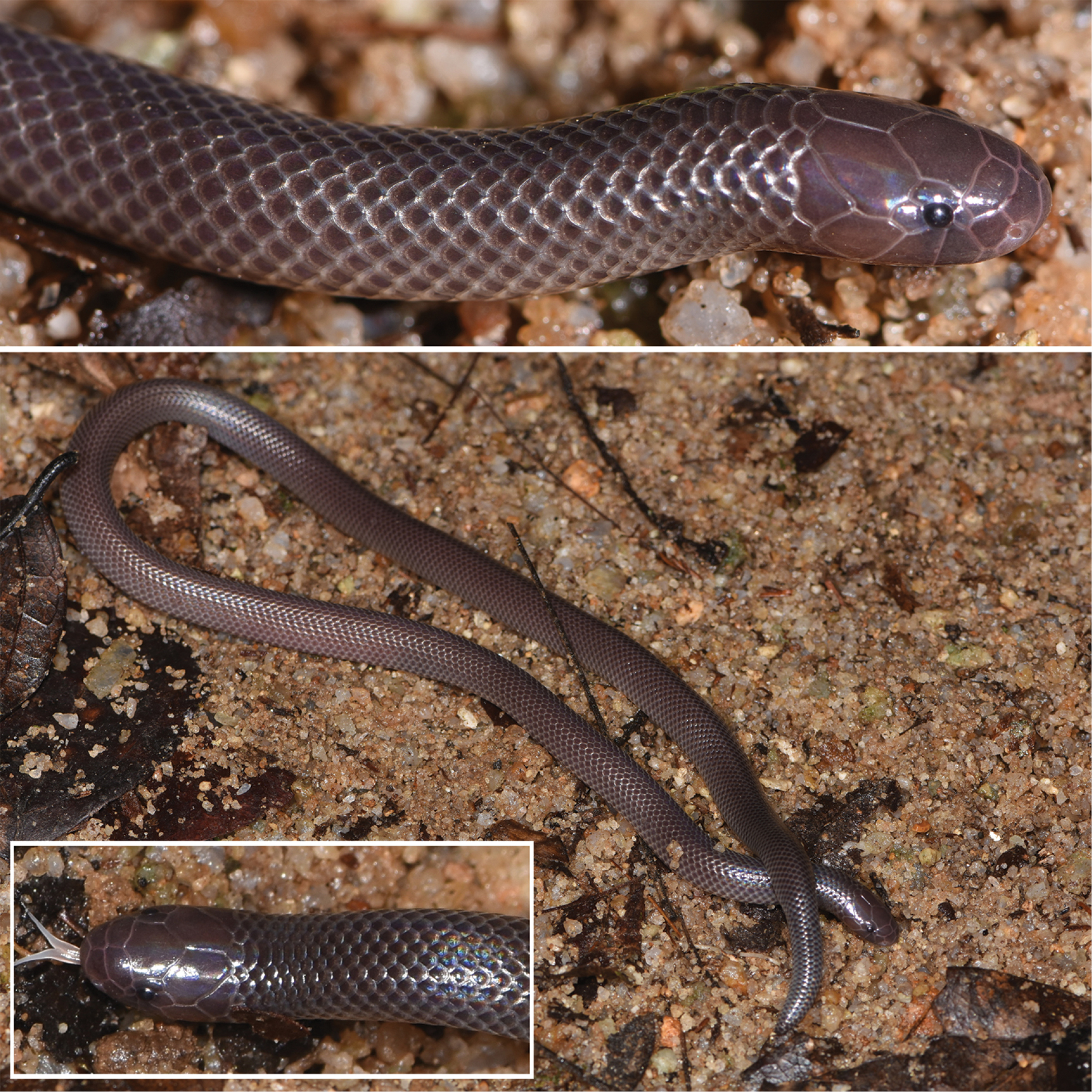 In the end, no one was hurt, but even if someone had been struck by the stiletto, it wouldn’t have killed them.

That’s not to say a bite wouldn’t be dangerous. (WARNING: Bite damage photo coming up.)

A stiletto snake’s venom is potently cytotoxic (damaging to cells), causing severe pain, swelling, blistering and sometimes even major tissue damage. Without a known anti-venom, victims can even lose their fingers. 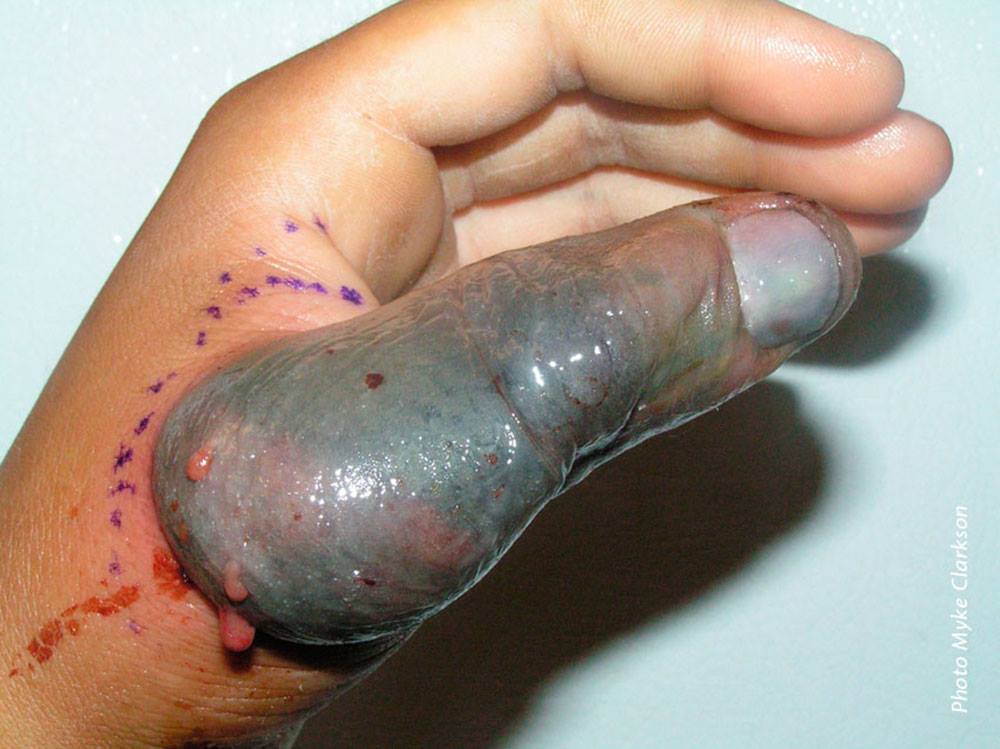 The team went on to safely collect another two specimens, found among coffee and banana plantations in southeast Guinea, roughly 27 kilometres apart (16.7 miles). Together, all three specimens were described by the researchers as slender, with moderately robust bodies and rounded heads.

The new species was dubbed Atractaspis branchi or Branch’s stiletto snake. Today, it joins at least 21 other known stiletto snakes – or burrowing asps, as they are also sometimes known – most of which, like this new one, are found in sub-Saharan Africa.

In fact, the researchers think Branch’s stiletto snake is actually endemic to the Upper Guinea rainforests, a diverse and unique region of northwest Liberia and southeast Guinea that is currently endangered by deforestation, agriculture, logging, mining and, of course, climate change.

The discovery suggests that this region is a centre of rich and endemic biodiversity, which is, unfortunately, facing many threats. Even the forests that are still standing have almost all been disturbed by humans, and in all likelihood, that includes the stiletto snakes’ habitat as well.

But for now, it’s impossible to tell how threatened this creatures truly are. Apart from these three specimens, there is no other data on the biology or the ecology of this new species.

“Further surveys are needed to resolve the range of the new snake species, and to gather more information about its ecological needs and biological properties,” write the authors.

The paper has been published in Zoosystematics and Evolution.

Astronomers Just Realized The Milky Way Is Too Big For Its Surroundings
This Asteroid Has Survived For 4 Billion Years. That Could Be a Huge Problem
Scientists Have a Plan to Turn Earth Into a Giant Observatory
Sword Mistaken For Replica Is Actually An Ancient 3,000-Year-Old Weapon
This Species of Carnivorous Plant Evolved Into a Toilet And Is Now Winning at Life