A long-extinct lineage of insect, known fondly as the ‘hell ant’, has been discovered frozen in 99-million-year-old amber, with its scythe-like jaw still pinning its prey.

According to scientists, this fierce predator is a newly identified species of prehistoric ant, known as Ceratomyrmex ellenbergeri, and it’s the first time we’ve ever seen a hell ant actively feeding. Its meal is an extinct relative of the cockroach.

“As palaeontologists, we speculate about the function of ancient adaptations using available evidence, but to see an extinct predator caught in the act of capturing its prey is invaluable.”

Ants are some of the most diverse creatures on planet Earth. To date, scientists have identified over 12,500 different species and they think there are probably another 10,000 or so out there, just waiting to be discovered underfoot.

That’s quite the selection. And yet of all the ants marching today, none of them look anything like what scientists have found in amber deposits from Myanmar, Canada, and France.

In fact, Barden says the mouthparts of these haidomyrmecine hell ants are unlike that of nearly all insects alive today. This newly-identified hell ant used its lower mandible to move upwards and pin its prey to the horn-like paddle above.

Other hell ants discovered in the past also have this horn, and while scientists thought it might be a sort of clamp, this 99-million-year-old fossil is the first real evidence that can back that up.

Contrary to these ancient bugs, modern ants and almost all other living hexapods have mandibles that only move on a horizontal axis.

“Since the first hell ant was unearthed about a hundred years ago, it’s been a mystery as to why these extinct animals are so distinct from the ants we have today,” Barden says.

“This fossil reveals the mechanism behind what we might call an ‘evolutionary experiment,’ and although we see numerous such experiments in the fossil record, we often don’t have a clear picture of the evolutionary pathway that led to them.” 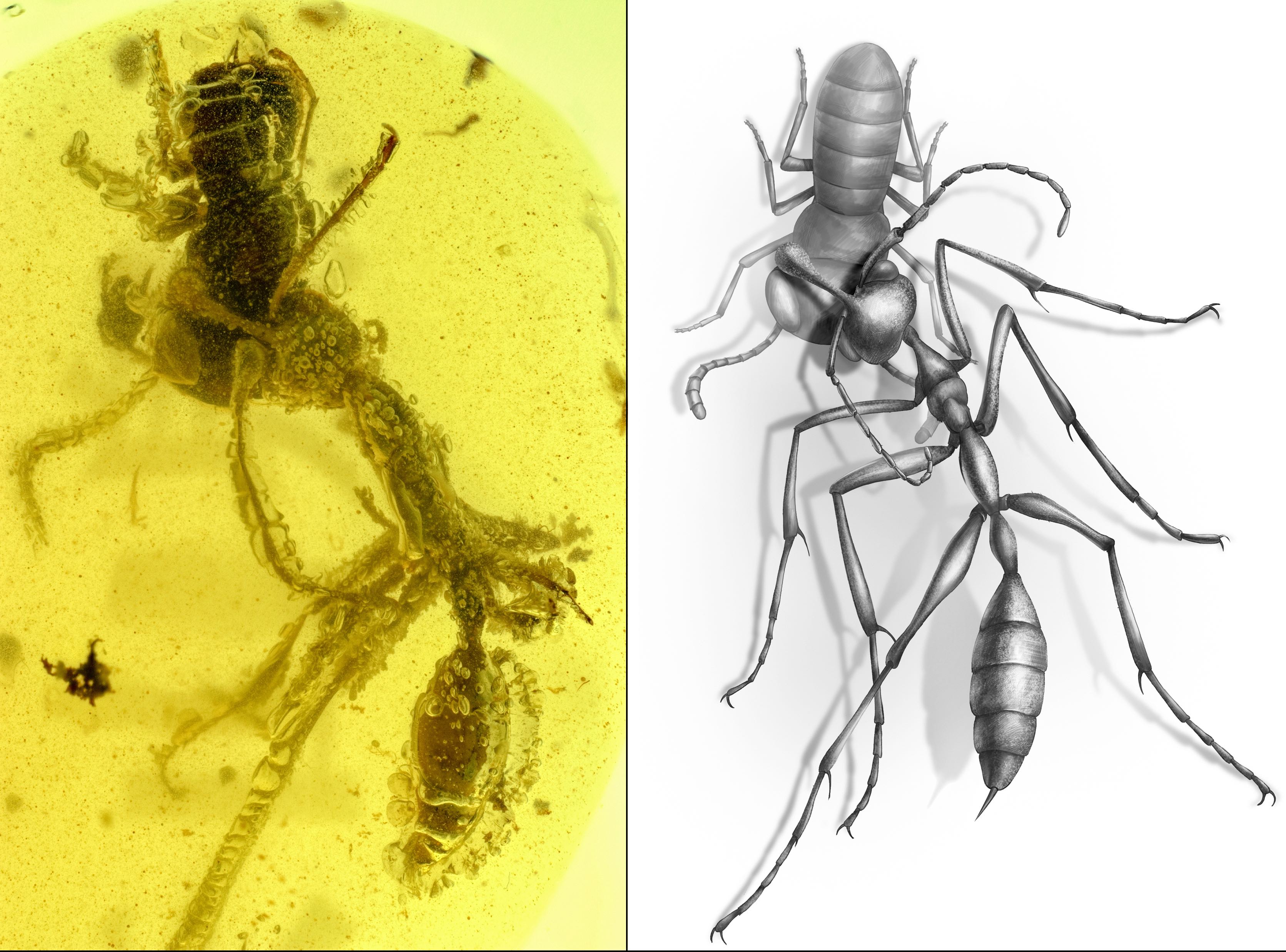 Hell ants actually precede the most common ancestor of all living ants, and even then, they were incredibly diverse.

Other species trapped in amber have been found equipped with spiky mouthparts, most probably used to drink their victims’ blood.

Modern ants, on the other hand, look remarkably different. They have mouths facing forward, which keeps their heads relatively parallel to the ground, although they can look up and around.

Hell ants couldn’t move their heads nearly as well, and they likely captured prey with their mouths facing downwards. 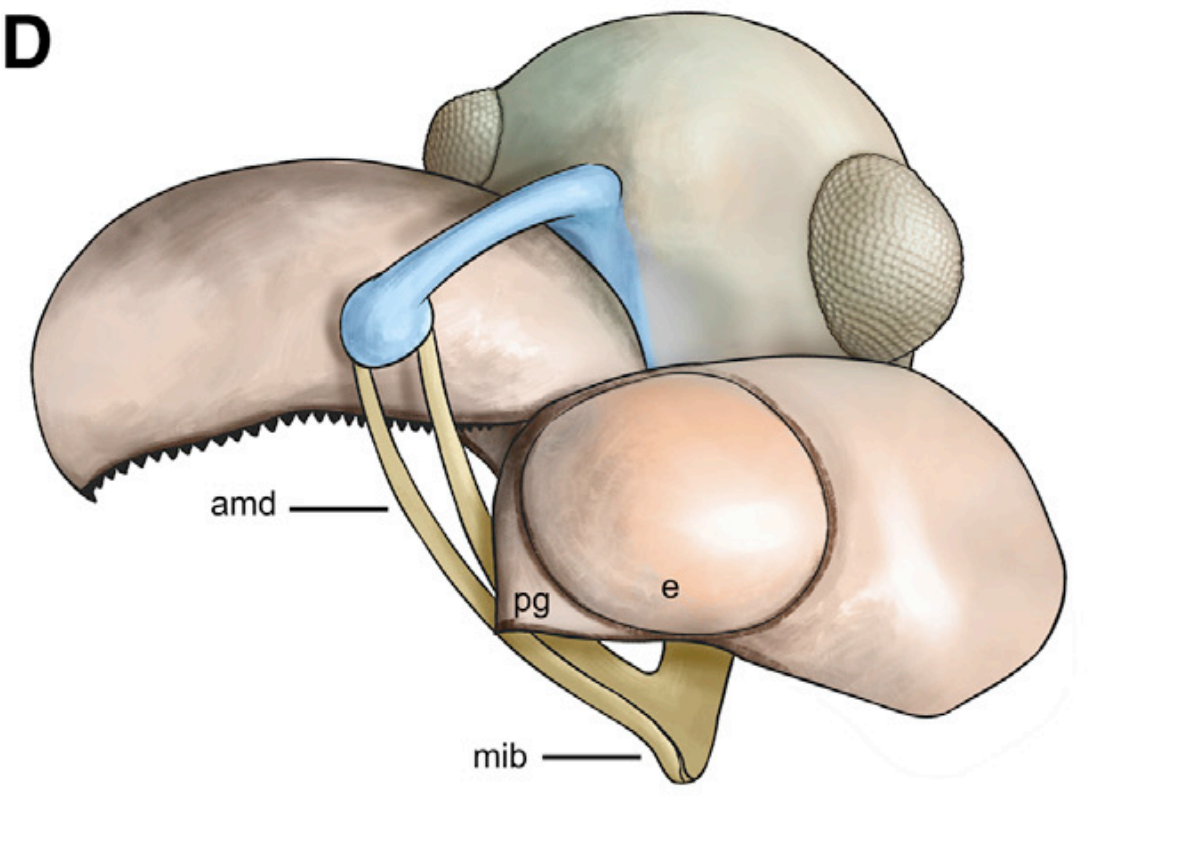 “Despite staggering anatomical diversity of insects, larval dytiscid beetles and hell ants together appear to represent the only two known instances of mandible-on-head contact used in prey capture, both appearing with vertically articulating mouthparts,” the authors write.

Why exactly hell ants died out as a lineage after nearly 20 million years of existence is still unknown, but it might have to do with their specialised predatory behaviour.

Barden says it just goes to show that even the most diverse and ubiquitous species on Earth can go extinct. Even something as familiar as an ant.

A version of this article was first published in August 2020.

New Prototype Device Generates Hydrogen From Untreated Seawater
A Mysterious Whirlpool Appeared Over Hawaii, And It Could Be Because of SpaceX
Bar Graphs Induce a Hidden Bias in Interpretation, Experiment Shows
A Lost Interview With The ‘Father of The Big Bang’ Was Just Discovered
Astronomers Find What May Be a Habitable World 31 Light-Years Away