The jawbone of a bat that lived 100,000 years ago has been confirmed as belonging to an extinct species of giant vampire bat.

The discovery of the jawbone of the species Desmodus draculae, found in a cave in Argentina, is helping fill in the huge gaps in the history of these amazing animals, and could provide some clues as to why these bats eventually died out.

Bats today are extremely diverse. They constitute roughly 20 percent of all known mammal species, which is really quite a sizable chunk, after exploding onto the scene around 50 million years ago.

You might think, therefore, that the fossil record is filled with bats, and that charting their evolutionary history and diversification would have much data to draw on.

You’d be incorrect. The bat fossil record is notoriously poor and patchy. Which means that every discovery is valuable – especially when it comes to vampire bats. 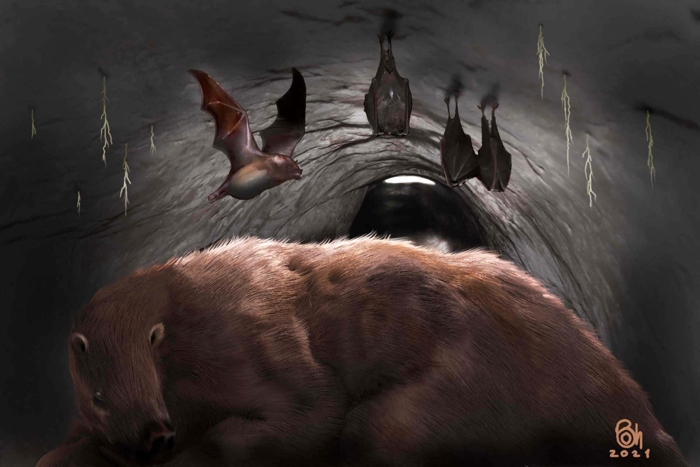 “They are the only family of bats in the world [that] arouses curiosity from the legends of the Transylvania and its creepy Count Dracula,” said paleontologist Mariano Magnussen of the Paleontological Laboratory of the Miramar Museum of Natural Sciences in Argentina.

“But in reality they are peaceful animals that feed on the blood of animals, and sometimes humans, for a few minutes without causing discomfort… The only bad thing is that they can transmit rabies or other diseases if they are infected. Surely their prehistoric representatives had similar behaviors.”

Today, just three of the roughly 1,400 known bat species are vampire bats, or Desmodontinae – those that live solely on the blood of other creatures, known as hematophages.

These three species seem very closely related, which suggests that hematophagy only evolved once in bats, and that all vampire bat species – extant and extinct – all diverged from a common ancestor.

Fossils from extinct vampire bat species can help us unravel why today’s species survived. And the new D. draculae discovery has a lot of significance for a small bone. 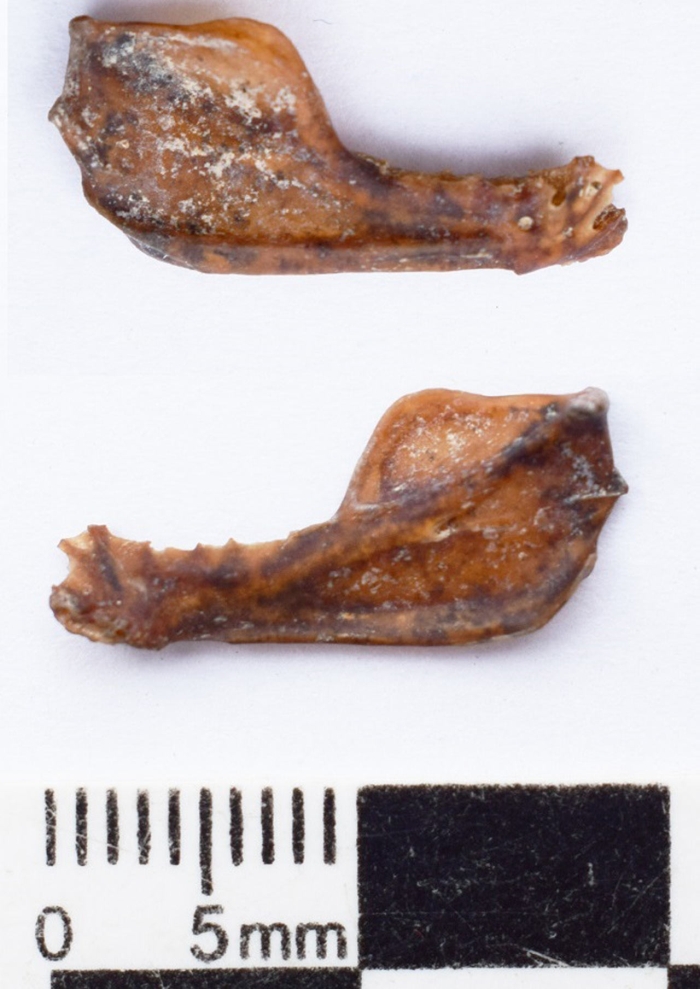 “The significance of the fossils are several, to start with, fossil bat remains are rare in Argentina,” paleontologist Santiago Brizuela of the National University of Mar del Plata in Argentina told ScienceAlert.

“It also confirms the presence of the species at mid latitudes and during the Pleistocene (the only other material of the species in Argentina is isolated but much younger). This is one of the oldest records, it is unknown in the Pliocene.”

We’ve known about the existence of D. draculae since it was first formally described in 1988, although we don’t know much more about it. It lived during the Pleistocene in Central and South America, up until fairly recently: some remains have been discovered that are recent enough not to have fossilized, suggesting that it may only have died out a few hundred years ago.

It was also the largest vampire bat known to have existed – it was around 30 percent larger than its closest living relative, today’s common vampire bat, with a wingspan estimated to be around 50 centimeters (20 inches).

The jawbone is certainly special. It was recovered from Pleistocene-era sediments in a cave not far from the Buenos Aires town of Miramar. This is important because, at the time the bat lived, the cave was the burrow of a giant sloth, likely of the Mylodontidae family.

This could be a huge clue as to how the bats lived. Some researchers think that D. draculae fed on rodents or deer, but others suspect that its prey was megafauna. Finding remains of a bat so closely associated with Mylodontidae habitat could mean that the latter is correct.

If so, this would be consistent with theories that the bat species declined following the extinction of megafauna around 10,000 years ago – although, with just a single specimen, it’s impossible to make a definitive ruling.

“This has two possibilities,” Brizuela said. “One, that it lived there and also preyed on the inhabitants; the other possibility is that [the bat] was owl prey and was regurgitated in the cave.”

Finally, the fossil could reveal something about the ancient climate of the region. The common vampire bat makes its home around 400 kilometers (250 miles) north of where the remains were discovered. This suggests, the researchers say, that the climate of the fossil site was different 100,000 years ago from what it is like today.

In turn, this suggests that the decline and eventual extinction of D. draculae likely had multiple contributing factors – not just prey unavailability, but an increasingly inhospitable climate.

The team’s research has been published in Ameghiniana.

‘Funky Worm’ Fossil Helps Explain The Mysterious Origins of Amphibians
Earth’s Inner Core May Right Now Be in The Process of Changing Direction
Scientists Create Shapeshifting Humanoid Robot That Can Liquefy And Reform
Astronomers Just Discovered a ‘Bear’ on Mars
Sword Mistaken For Replica Is Actually An Ancient 3,000-Year-Old Weapon