Lake Mercer, a subglacial lake deep below the Antarctic Ice, sat untouched by humans for millennia – until now.

Scientists accidentally discovered the lake in 2007, when they were examining satellite imagery of Antarctica’s ice sheet. Then on December 26, 2018, they finally reached it.

To explore the 50-foot-deep subglacial lake, researchers from a project called SALSA (Subglacial Antarctic Lakes Scientific Access) had to bore a tiny hole nearly 1 kilometer into the ice.

They did this using a drill with a pencil-sized nozzle that sprays heated water. Once the hole was made, they then used a corer tool to pull samples back to the surface.

The team anticipated finding microbial lifeforms in those samples – and they did – but they were surprised by what else was lurking in the mud.

The samples also contained carcasses of tiny crustaceans (creatures smaller than a poppy seed) and the body of a tardigrade, a type of eight-legged invertebrate known for its ability to withstand the very harshest conditions.

A surprise in the mud

The SALSA team wound up extracting a 5.5-foot-long core (the longest ever from a subglacial lake) along with “six out of six ‘perfect’ sediment cores.”

They also filled six 10-litre bottles with lake water and captured the first-ever footage of the lake. The fruits of their labour were transported back to McMurdo Ice Station for analysis, according to the SALSA project’s blog.

When the researchers discovered the bodies of tiny crustaceans and a tardigrade in the samples, Priscu was so surprised that he thought the finding was a mistake.

He was convinced that the cores had been contaminated, Nature reported. So he had the team thoroughly re-clean their equipment and take more samples. 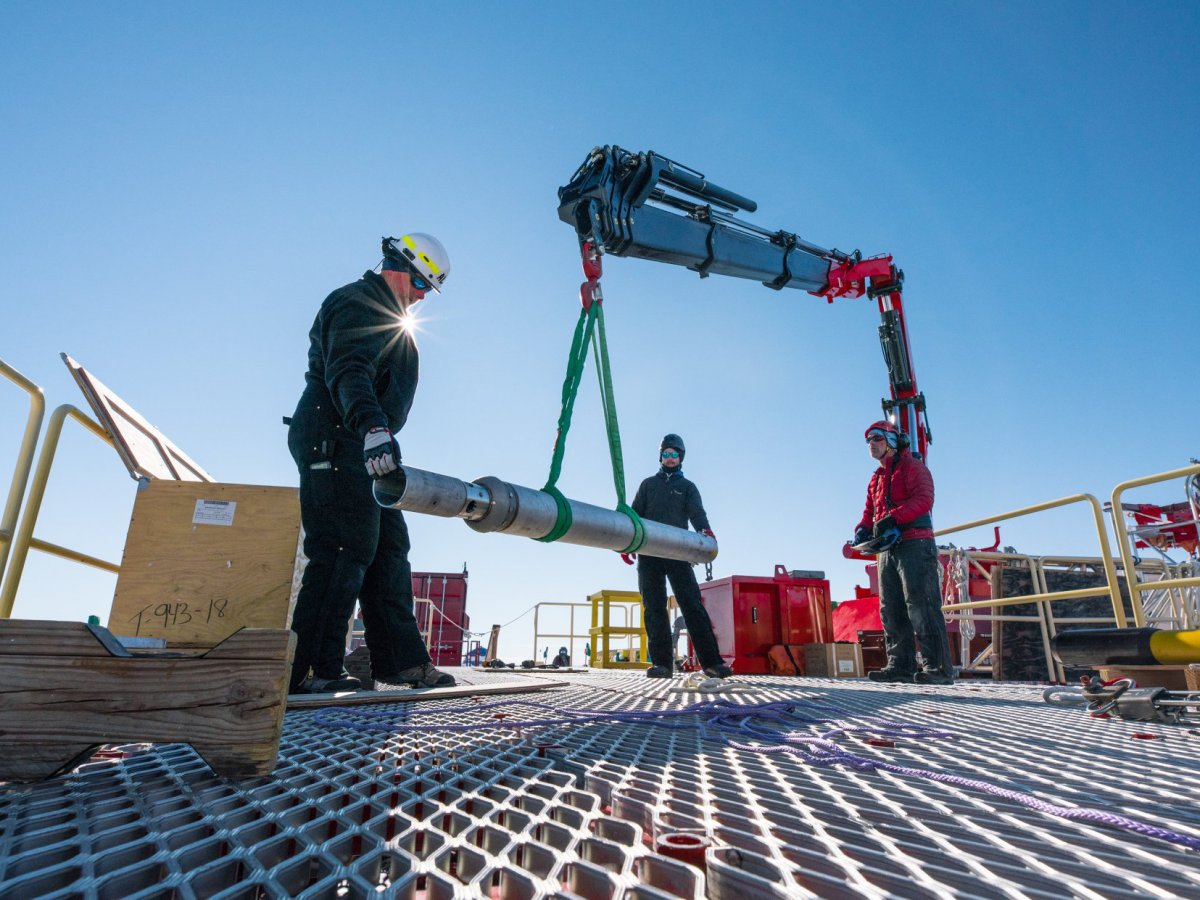 When the new samples came back, there they were: more crustacean shells. Nothing like this had ever been found under an ice sheet before.

Lake Mercer is the second subglacial lake that scientists have accessed – they also drilled 2,600 feet down to reach the nearby Lake Whillans in 2013, but the samples taken there showed no signs of higher lifeforms (just microbes).

Microbial life most likely exists in this mud under the ice because an ocean covered the area about one million years ago, SALSA’s chief scientist, John Priscu, told Axios. But that doesn’t explain the origin of the carcasses.

Instead, the discovery suggests that these crustaceans and tardigrades once lived on the continent; somehow, they were transported to the lake from nearby mountains (where such creatures have been found before).

Moving water could have carried them, or a glacier may have dragged them as it advanced,according to Nature.

How to reach a lake under the ice

Subglacial Antarctica is an interstate of waterworks.

Streams and rivers connect hundreds of bodies of water underneath the ice, and this network has changed over the course of Antarctica’s history. Understanding how the continent’s ice responds to changes in Earth’s climate helps scientists understand more about its history.

“Antarctica is the place on Earth least touched by humans, and as such it’s an amazing laboratory to understanding life and biodiversity, and our planet’s glacial history,” Ross Virginia, director of Dartmouth College’s Institute of Arctic Studies, told Business Insider.

Plus, studying Antarctic waterways is a crucial way to keep tabs on the potential consequences of global warming.

“The evolution of ice sheets and ice shelves are major controllers of sea-level rise,” Virginia said.

Virginia has been working on and off in Antarctica’s Dry Valleys for close to 30 years, and has worked with Priscu on other Antarctic research projects.

Drilling in these environments, he said, requires the same kind of care that NASA takes when exploring new worlds in space – “like quarantining astronauts coming back from the moon or maintaining sterile equipment.”

This is because contamination can easily ruin costly and important research, or even lead scientists to think they have discovered a type of life that’s not actually there.

That’s why good equipment is crucial. 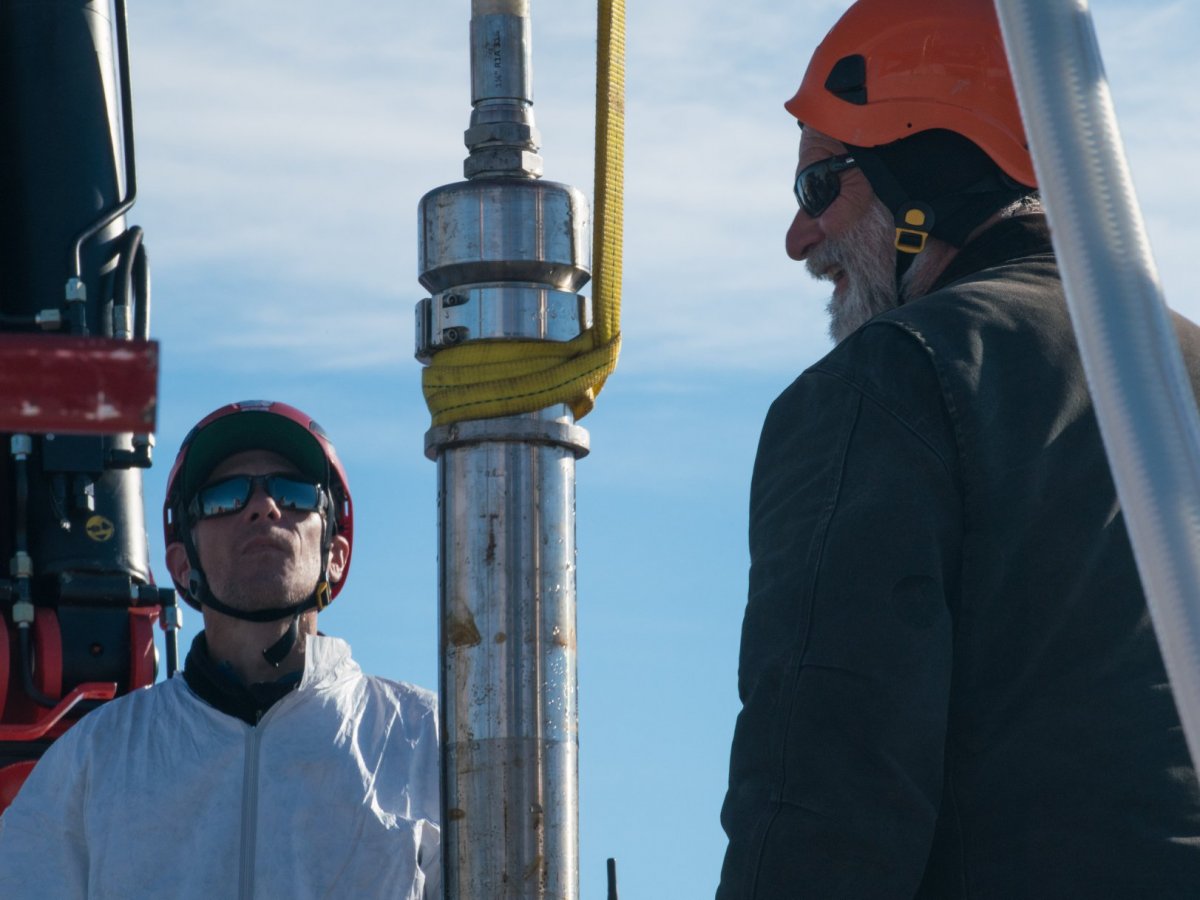 The SALSA team used a corer – which is essentially a tube that gets screwed into the ice – from the Woods Hole Oceanographic Institute.

Even though the hole they drilled was no more than 60 centimeters wide, the researchers were able to slide that corer down the nearly 1-kilometer-long chute. After it hit the sediment below, the corer – and the lake mud it grabbed – were pulled back to the surface.

Paving the way for drilling in other extreme environments

Because the drilling operation was so difficult and complex, the SALSA project could offer lessons for pursuing research in other extreme environments, perhaps even those on other other planets.

Drilling in Antarctica is about as close as scientists can get to understanding what it would take to drill into the liquid ocean on Jupiter’s moon Europa, Mark Skidmore, a professor of Earth sciences at Montana State University told Axios.

Experts think Europa’s oceans are one of the most likely places to find extraterrestrial life in our solar system.

But drilling under Antarctica benefits us on Earth, too

Virginia’s biggest concern is that the large floating ice sheets that extend from Antarctica’s continental margins are melting from underneath thanks to warming water. (Last year was the warmest year on record for Earth’s oceans.)

As the ice sheets melt from below, they lose structural integrity. If they disintegrate, that could mean a surge of continental ice would flow into the ocean – an event called a “pulse”that would contribute to rapid sea-level rise.

In a way, Antarctica both responds to climate change and exerts control over Earth’s climate, he said: “The climate history of the Antarctic is connected to the globe’s.”