Across the Caribbean this week, island residents docked boats, emptied grocery stores, and boarded up buildings in preparation for Hurricane Dorian, which became a Category 1 storm on Wednesday.

Meanwhile, high up in Earth’s orbit, satellites belonging to the National Oceanic and Atmospheric Administration (NOAA) watched the hurricane form and churn.

The storm has passed Puerto Rico and the Virgin Islands and is now over open waters, where the National Hurricane Center (NHC) expects Dorian to gain strength.

The storm’s expected path shows it heading toward Florida, where it could make landfall as a Category 4 hurricane on Monday.

Dorian passed near the islands of Barbados and St. Lucia on Tuesday night as a tropical storm.

Parts of Barbados lost power, and boats on St. Lucia filled with water, but the islands emerged relatively unscathed.

For local forecasts, watches, and warnings related to Tropical Storm #Dorian, you can follow these official accounts:

The NHC upgraded Dorian to a hurricane on Wednesday afternoon as it passed over the US Virgin Islands, with wind speeds of 74 mph (119 km/h).

Tropical storm Dorian, before it became a hurricane, over the Leeward Islands, August 27, 2019. (NASA Worldview/EOSDIS/Handout)

After the NHC issued a hurricane watch for Puerto Rico, the territory’s new governor, Wanda Vázquez Garced, declared a state of emergency and made 360 shelters available to people who still have damaged roofs from Hurricane Maria.

For the most part, however, the storm spared Puerto Rico.

By Wednesday evening, Hurricane Dorian had developed a definitive eye, the NHC said. 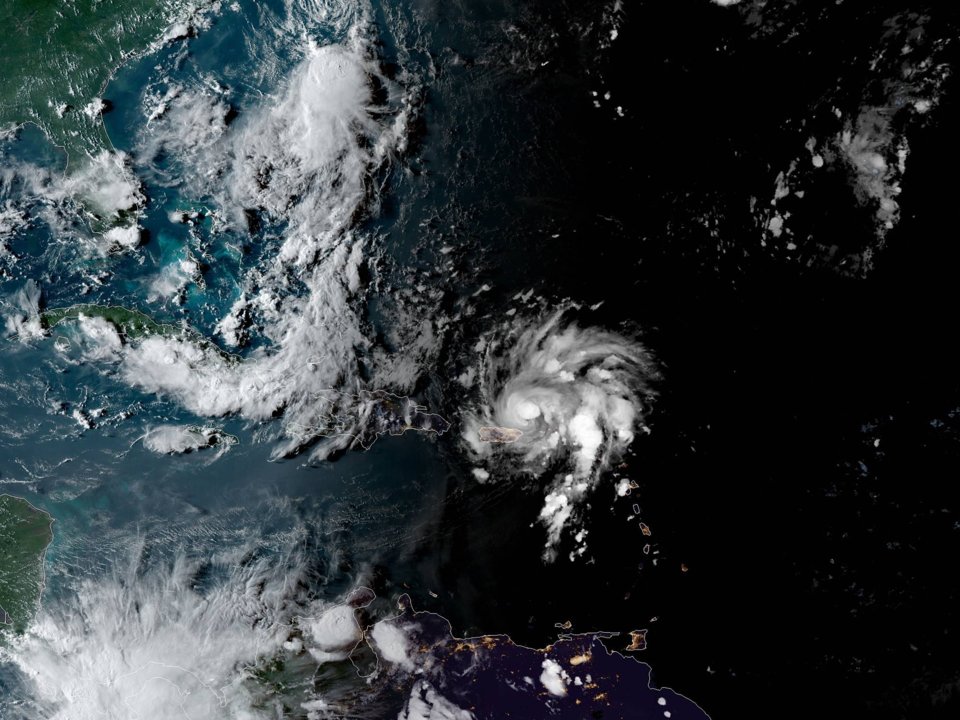 “All indications are that by this Labor Day weekend, a powerful hurricane will be near the Florida or southeastern coast of the United States,” the NHC said in a statement.

Dorian could bring 4 to 8 inches (10 to 20 centimeters) of rainfall to coastal areas of the southeastern US, with up to 12 inches (30 centimeters) in some locations. This rain could cause “life-threatening” flash floods, the NHC said.

“It’s important for Floridians on the East Coast to monitor this storm closely. Every Florida resident should have seven days of supplies, including food, water and medicine, and should have a plan in case of disaster,” DeSantis said in a release.

“The state stands ready to support all counties along the coast as they prepare.”

Giant Asteroid Unleashed a Devastating Martian Megatsunami, Evidence Suggests
The Hunt For Signs of Intelligent Alien Life Just Got a Massive Boost
We May Finally Know How Lightning Gets Its Zigzag Shape
Engineers Propose an Ambitious Plan to Bury Excess Carbon at The Bottom of The Ocean
A New Satellite Is One of The Brightest Objects in The Sky, And It’s a Big Problem